It’s no secret that we think kids are pretty fantastic. And, as the year winds down, we thought it was high time to put the spotlight on some of the little people who (in our opinion) totally owned 2017. Whether they shot for the stars or walked for a cause, their stories are all uplifting and inspiring. Read on to learn more about the young writers, educators, dancers, and more who made the list! 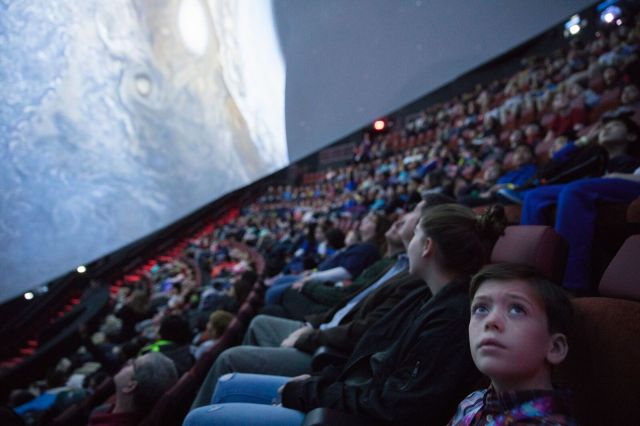 When NASA let it be known they were on the hunt for a Planetary Protection Officer, nine-year-old Jack Davis knew he was the right guy for the gig. Among other qualifications, he cited his video game skills, alien movie knowledge, and the kicker: “I am young; I can learn to think like an alien.” While he didn’t land the job, he did receive a letter back, and a call from NASA’s D.C. headquarters, as well as tons of media attention when his hand-written job application went viral.

While NASA invited him to re-apply when he was older, Paul Hoffman, President, and CEO of Liberty Science Center in Jack’s home state of New Jersey didn’t think he was too young to start guarding our galaxy. Hoffman took to YouTube to personally invite him “to be our first Kid Science Advisor” and to give him a call.

So Jack called and got to work! This month, he attended the VIP opening of LSC’s Jennifer Chalsty Planetarium (the largest of its kind in the U.S.) and got a first look at some of his input. “The coolest thing I got from the letter to NASA was getting the job at the Liberty Science Center because it’s really cool and I have a job. None of my friends have any type of job,” he says. “It’s been fun getting to meet Mr. Hoffman and everybody else.” 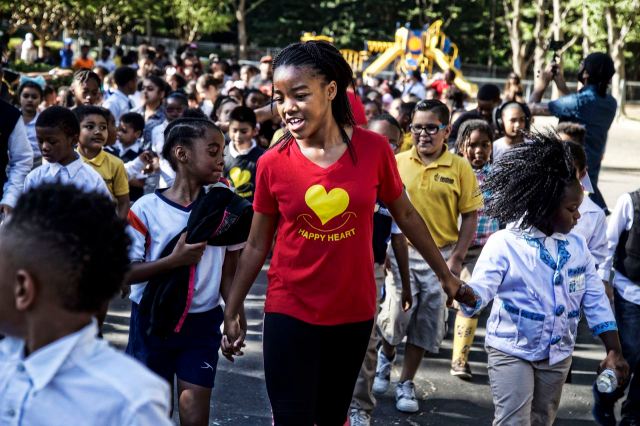 Since the wise age of six, Savanna Karmue has known exactly what she wants to be when she grows up: a cardiologist. She started posting informational videos to YouTube at age eight. A year later, she wrote a book, Happy Heart Advices, Vol. 1. In order to focus on educating and empowering those affected by childhood obesity, her non-profit organization, Happy Heart Advice, launched its Happy Heart Challenges, inspiring children to participate in making healthy snacks and committing to daily exercise, all led by Savanna, who is now 11.

“Savanna’s drive has changed our entire family to see things differently and embrace a healthier and happier lifestyle,” her mom, Wendy Karmue shares. And her proud parents aren’t the only ones taking note, as 2017 has been a banner year. In June, she was honored directly by the American Heart Association for making such an impact at such a young age. She was a keynote speaker not once but twice at related conferences in California. She’s also getting guidance from natural food company Hampton Creek on Happy Heart Approved food and is hard at work on an app that will make it easier for families to shop healthy for happy hearts. Stay tuned! 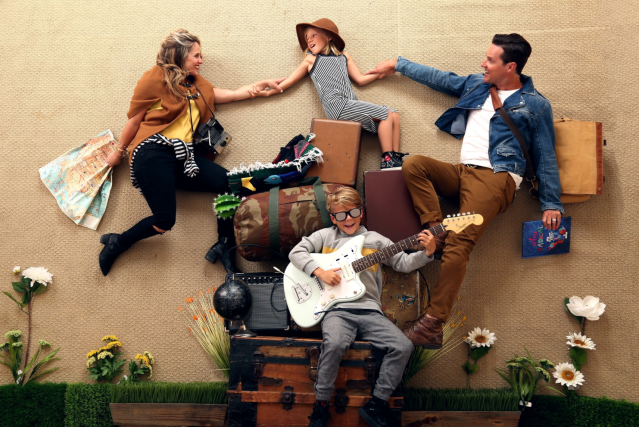 There’s a little radical, and then there’s A Little Radical: The ABCs of Activism, a new book that 10-year-old Gavin Danger Russel and eight-year-old Everley Darling Russel wrote with their parents in order to empower kids and their families to take action. Since publishing the book back in March, the sibling scribes kicked off a book tour at the Telluride Literary Arts Festival in May and picked up the 2017 Moonbeam Spirit Award’s silver medal for Best First Picture Book in October.

And 2018 is lining up to be one epic year as well. In the true spirit of activism and adventure at the heart of their book, the whole Russel family downsized their lives to one suitcase per person in order to set off on a world tour. They intend to connect with 26 people and organizations that represent the A to Zs of activism laid out in the book. A docu-series on their website will also capture the lessons they gather along the way and enable other kids to connect with and support these causes. 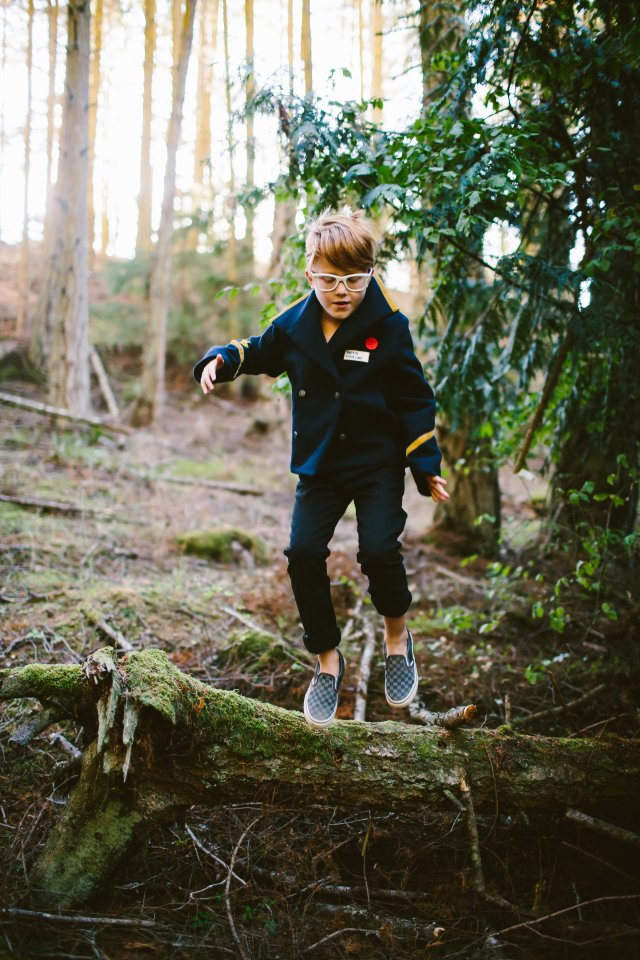 When Henry Jensen was diagnosed with Type 1 Diabetes at the age five, he may not have imagined that in another five years he would be helping Beyond Type 1—a global nonprofit founded in 2015 by Nick Jonas among others—use the power of social media to educate and advocate. Among other outreach efforts, Henry sends uplifting messages to those just starting to deal with the disease. “I remember being sad and scared and I did know anyone else that had Type 1 when I was diagnosed,” he says. “Now I can be that friend to other people newly diagnosed. I even help grownups!”

This year, the 10-year-old also sat down with actor Victor Garber on behalf of Beyond Type 1 to talk diabetes “power-ups” and show off some serious dance moves! (Click here to check it out!) The dichotomy is a perfect one—in all that he does with such verve and style, Henry is living life without letting a chronic disease slow him down one bit. He has medaled in Taekwondo, is playing the role of the Nutcracker with the Salish Sea Youth Ballet this month, and often hits the beach with his sister on San Juan Island, Washington. He was also one of several kids who helped Nick Jonas accept the Hero Award on stage at the Radio Disney Music Awards in Los Angeles this year. 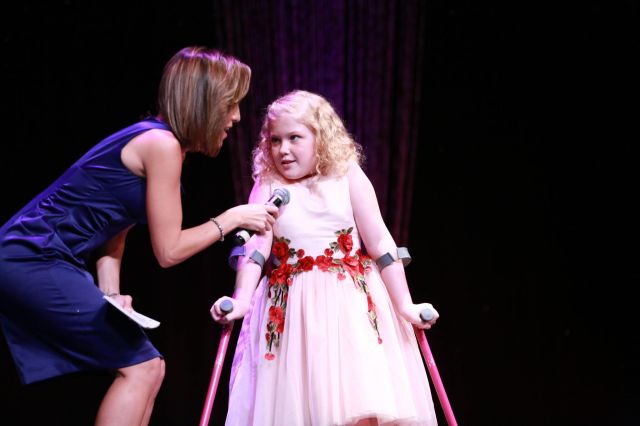 In front of 700 people, 10-year-old Saylor Burgoyne proudly walked across the stage to be crowned the 2018 Little Miss Arc Broward during the 5th Annual Miss Arc Broward Pageant. As a contestant, she had displayed four pieces of her artwork (in addition to wearing a hand-painted dress of her own design) for the talent portion of the competition. “I like to be creative and wear clothes that I have painted on that become art,” she says. “Art and fashion both make me happy.”

Saylor intended to compete in the pageant last year but had to step out in order to recover from brain surgery. Recover she did, and so much more. “When they called my name, I had a mix of emotions go through me,” she says. “I was shocked and happy and nervous and proud! I couldn’t believe I won!”

As Jessica Rodriguez, Chief Marketing & Development Office for the organization explains, “For more than 60 years, Arc Broward has worked to change the perception of individuals with disabilities and life challenges throughout the South Florida community. This effort of changing perspectives came to life as the girls competed in front of their entire community.”

Saylor doesn’t think those life challenges are the crux of the story, however. “I don’t know of any challenges I have to tell,” she said after beaming about her passion for art and fashion. “That is the beautiful thing about Saylor,” her mom, Ronna, adds. “She focuses on what she can do and not on what she can’t do.” 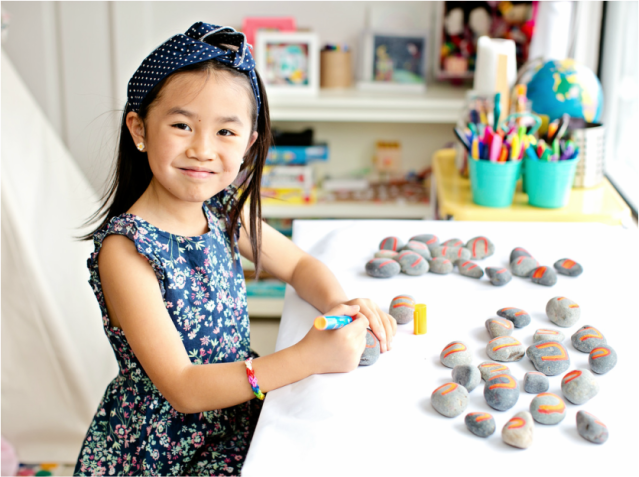 Two years ago, a then seven-year-old Alia was inspired to leave rainbow-painted rocks outdoors with the mission of spreading kindness and making people smile. “Ever since I could draw I've drawn rainbows!” she writes on her website. “They are my favorite thing to draw and just make me happy! So began the Rainbow Rock Project, with the original goal of making 500 rocks to raise money ($1 per rock) for Alia’s favorite cause, her local homeless shelter, Bay Area Rescue Mission.

While her goal was met in all of TWO days, her project has continued to evolve. She swiftly upped the goal and personally delivered her collected donations to the shelter and food pantry. This year, Alia helped shoe company PLAE kick off their PLAE-it-forward community program as their first kid ambassador. The San Francisco-based company designed custom rainbow shoe tabs in support of Alia's beloved cause (raising a whopping $5,000) and has since partnered with several more inspiring kids this year, going to show what big impacts little people can make with some support.

And if you have rainbow fans like Alia at home, she invites them to join her in putting colorful joy out into the universe. Just snap a pic and tag it #rainbowrockproject. The Project’s Instagram page is full of inspiration! 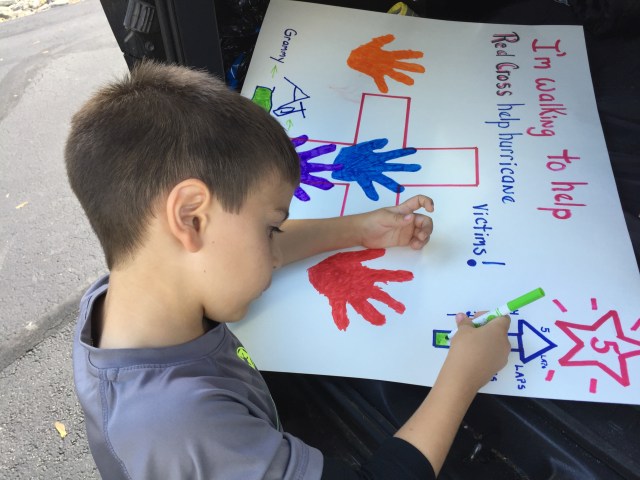 From Texas to Florida to California, 2017 was a tough year for the hurricanes and wildfires that ravaged those areas. While five-year-old A.J. Troiano was safe at home in New Hampshire during Hurricane Harvey, when his parents and grandparents showed him photos and explained all that Houstonians had endured and lost—particularly little Texans—he was certainly inspired to help.

To fundraise for the American Red Cross, he decided to walk two miles (five laps around his block). In anticipation, he made a poster and the very next day set out on foot when he got home from kindergarten. As A.J. walked, motivated neighbors and friends joined in and contributed, making him happy enough to sprint the last lap home with $200 in earnings for the cause. It sounds like more service is in A.J.’s future, too. He and his family will regularly serve meals and play games at a local kids’ club. And one day A.J. hopes to become a Sheriff. 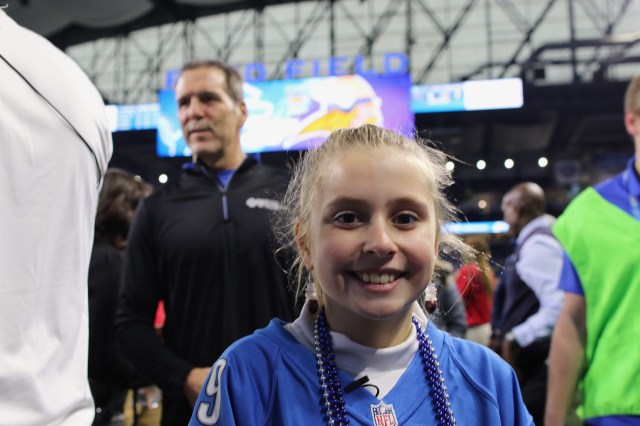 When 10-year-old Hailey Reighard was at a Detroit Lions game, something caught her eye, and it wasn’t on Ford Field, but on the jumbotron. Blue Cross Blue Shield of Michigan (BCBSM) was partnering with the Lions to present a competition: the #MIKidsCan Turkey Day VIP Sweepstakes, inviting Michigan families to help them endorse healthy habits and an active lifestyle. And out of 1,200 entries, Hailey won! She was also featured as the #MIKidsCan Champion of the Month for her own dedication to wellness, which means her dedication to dance. She practices 4-5 days a week. “I just want to keep dancing,” she says.

As a winner, Hailey helped BCBSM promote “a healthier Michigan” on their float in America’s Thanksgiving Parade, presented by Art Van, and handed the commemorative game ball to quarterback Matthew Stafford back on Ford Field. “Giving the game ball was awesome, incredible, and the best thing ever,” Hailey remembers. “It was so great to meet so many people.”

Kids Who Totally Rock Our World

Kid-Powered Businesses That Are Changing the World

8 Kid-Run Businesses You Need to Know About

Who are some of the amazing kids you know? Tell us about them in the comments!