Father’s Day is coming soon but there’s no reason to worry: just add a homemade card to any of the following scenarios and you’ll soon have Dad feeling like King. From bacon all day to an impromptu lawn game tournament, we’ve found plenty of ways to spoil pops and have a blast with the kiddos at the same time. Scroll down for the scoop. 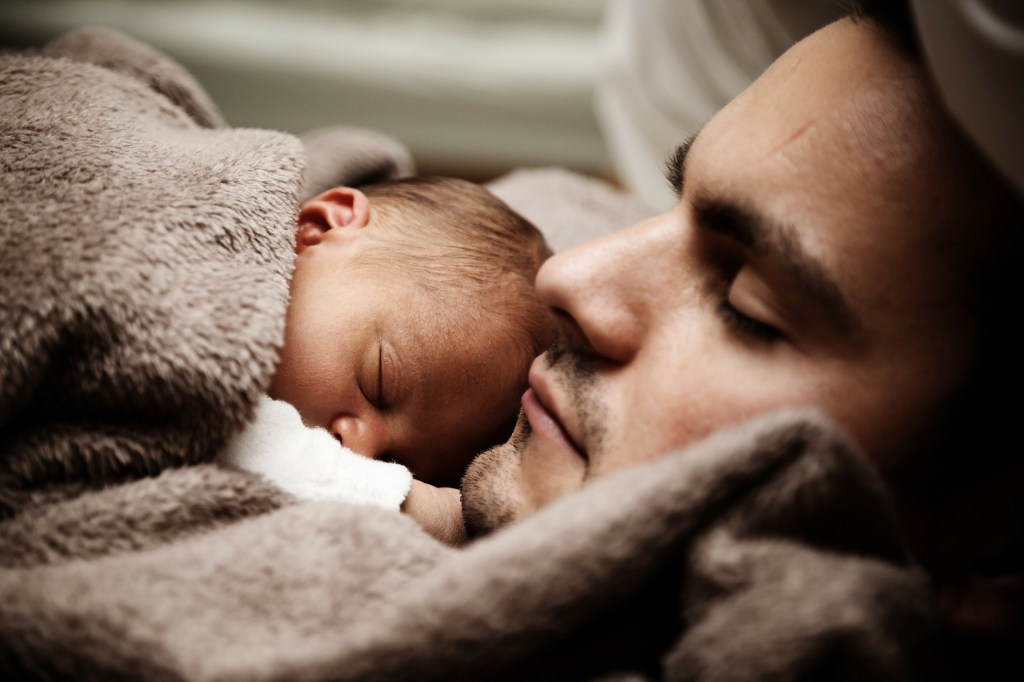 Fill a jar with slips of paper on which you have written fun and sweet things you can do for and say to Dad. Have Dad pull one note from the jar once an hour until they are all gone, all Father’s Day long. The notes should be a combination of actions, affection and edibles. For example: Bring Dad a snack; Give Dad a hug; Tell Dad something you love about him; Give Dad a present (if you’ve made or bought him something); Draw Dad a picture; rub Dad’s feet; tickle Dad; bring Dad his favorite book and leave him alone for 30 minutes; Scratch Dad’s back, etc. 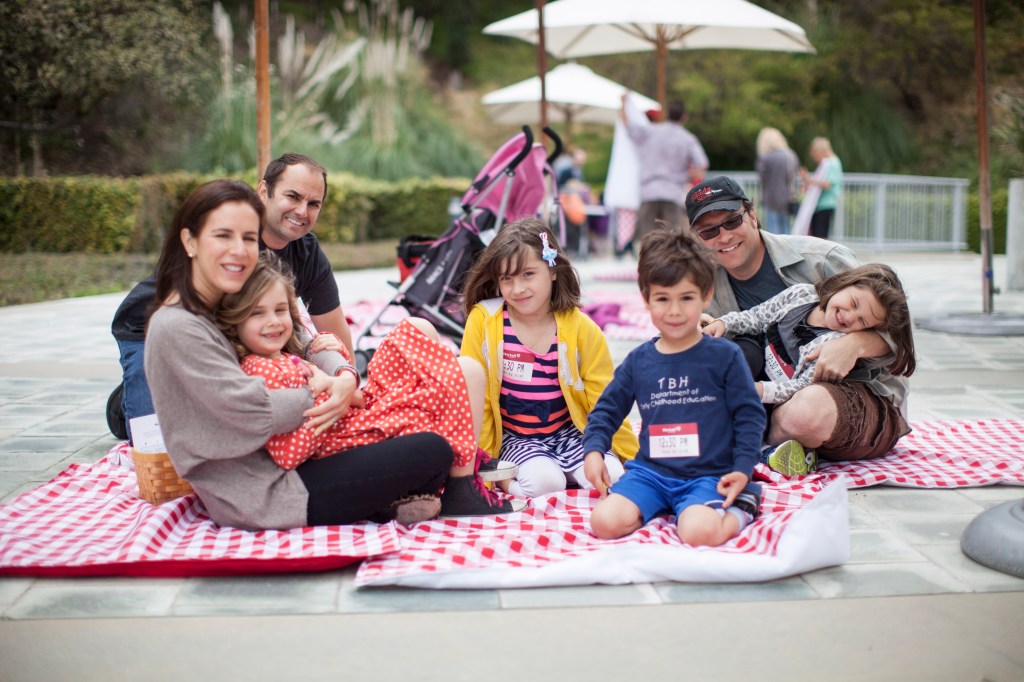 Pack a picnic basket full of all of Dad’s favorite food groups and take him on a picnic. You can go to a popular park or just your own backyard. No yard? Try throwing a spread right in your living room. Dad probably won’t mind so much if you happen to have it in front of the TV with his favorite movie on, or the game. Or cue up his favorite songs. Browse these 14 picnic snack recipes to jazz up your basket. 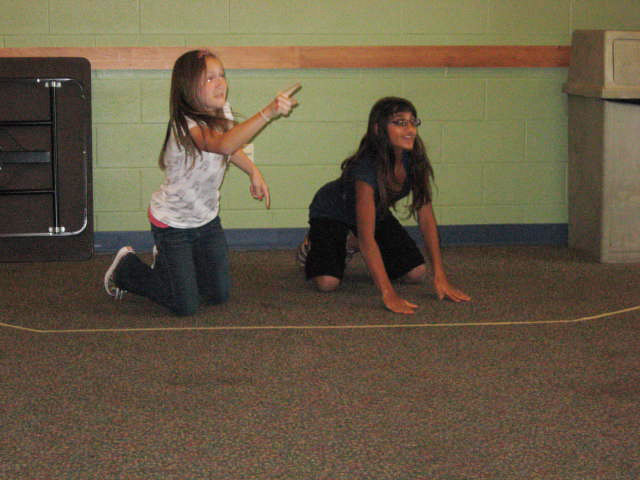 3. Have a Round of Love Charades

Let the kids write down a list of at least 10 things they love about their dad. Now have the kids “act out” the things they love without telling what they’ve written. It’s like a game of charades where Dad guesses why his kids think he is so awesome. We guarantee there will be laughs galore. Try serving a batch of red velvet brownies during “intermission.” 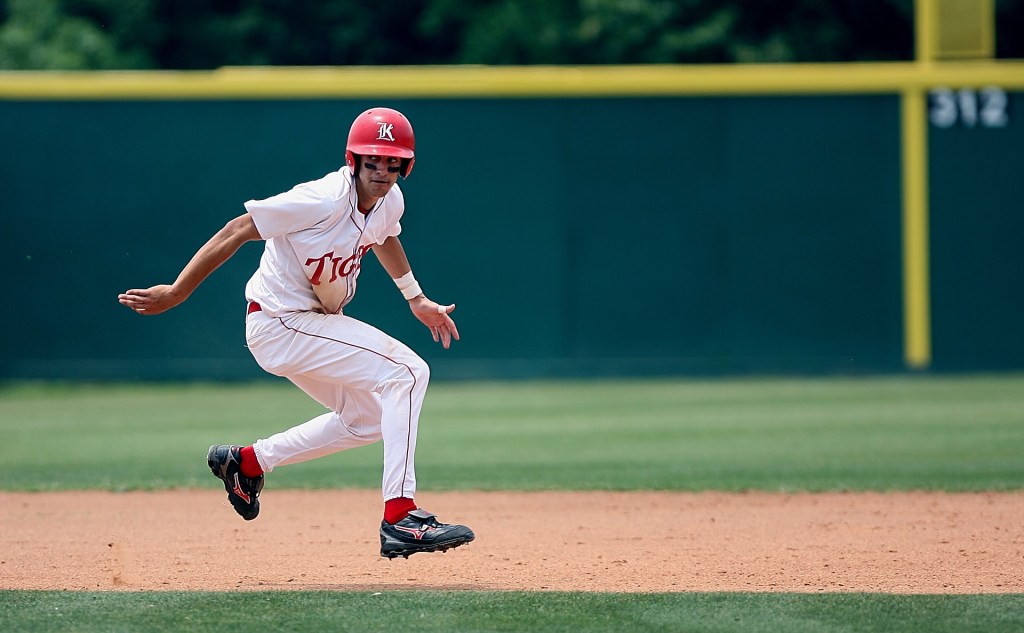 4. Take Him Out to the Ballgame

You might not have been able to score major league seats this Father’s Day but minor league games are usually a lot less crowded and more affordable. Check out the schedule for Minor League Baseball here and see if there’s one in your town, or see if your local highschool or Little League has a game on. You can also throw a game of your own, with your own set of bases, a bat, mitts and balls. Pack ‘em up and tote them to the park or your front lawn and invite some other dads and kids from the ‘hood to join in. If you’ve got time, score some matching ballcaps for Dad and his kiddos to wear. Serve dad some gourmet popcorn on the side. 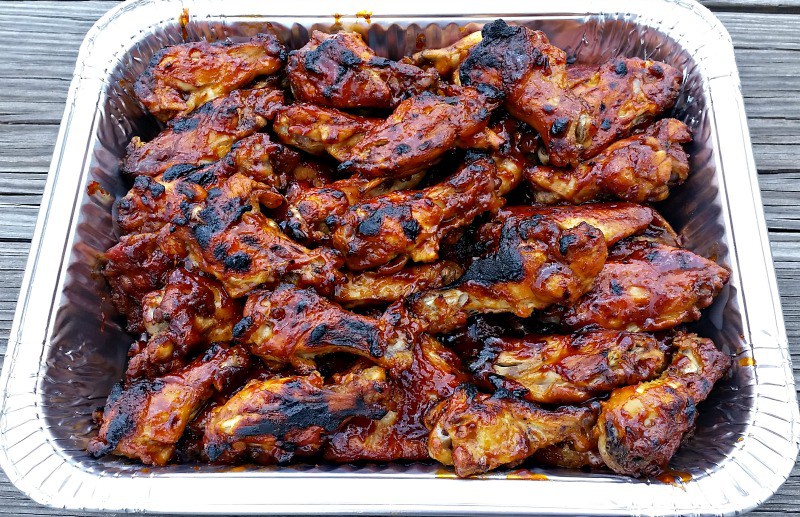 When in doubt, fill his tummy with bbq, corn and a side of snuggles. Have the kiddos make a cute homemade card to give him during the day and then spoil him rotten with all of his favorite food groups, like simple BBQ mains and sides. Got a hammock? Now’s the time to hang it up and let dad nap. Feeling extra festive? Try grabbing Dad a “flight” of beer by getting one each of the following: a pilsner (light), a medium amber ale, an IPA and a porter or stout. Serve them in small glasses all in a row. 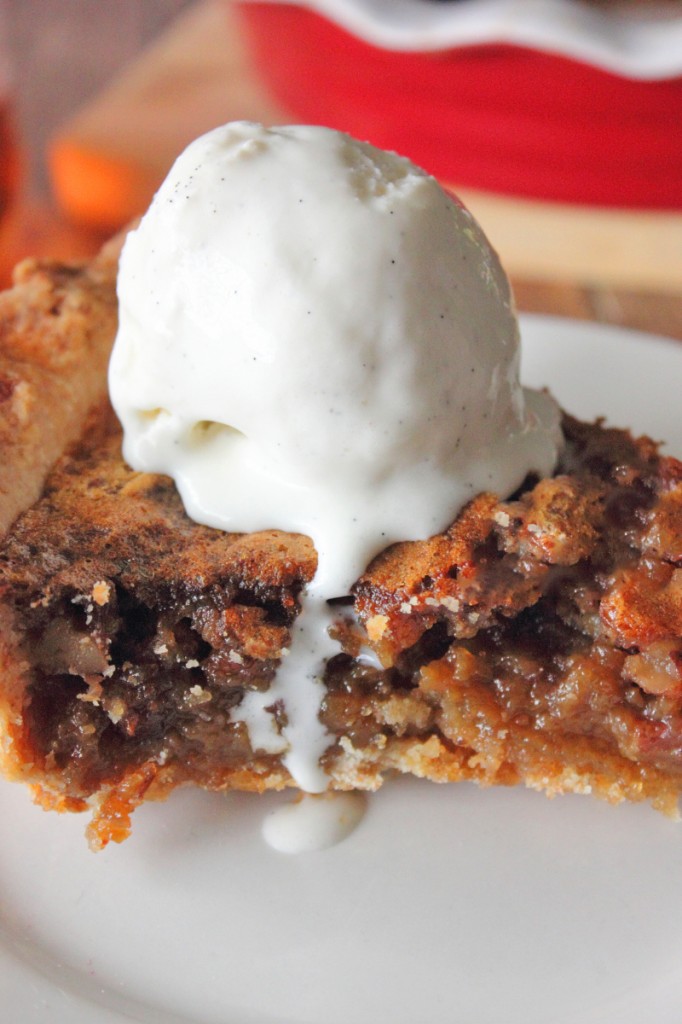 Make it a bacon day. Start him off with a traditional bacon and eggs breakfast. Segway to lunch with bacon, corn and potato chowder or pasta and peas with bacon. For dinner, put out some bacon appetizers while you finish up the slow cooker, bacon-wrapped apple BBQ chicken. And for dessert? Well, bacon bourbon pecan pie, of course! 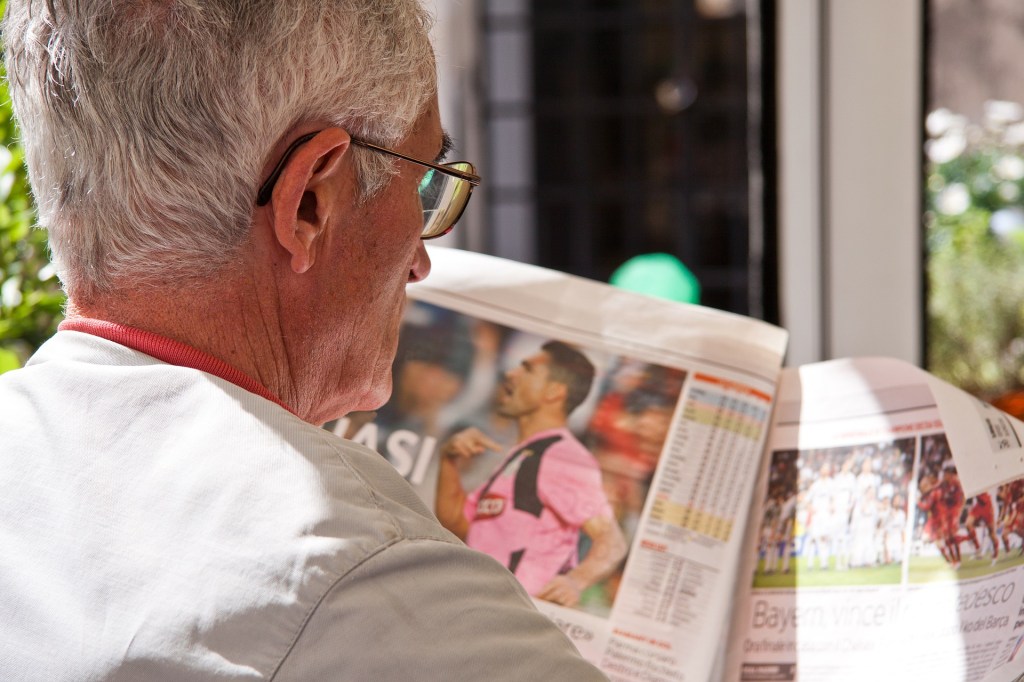 Go old school this year and greet Dad on Father’s Day with the Sunday paper, a steaming mug of coffee and some home-made shaving cream. Let him have a leisurely morning sipping and shaving. 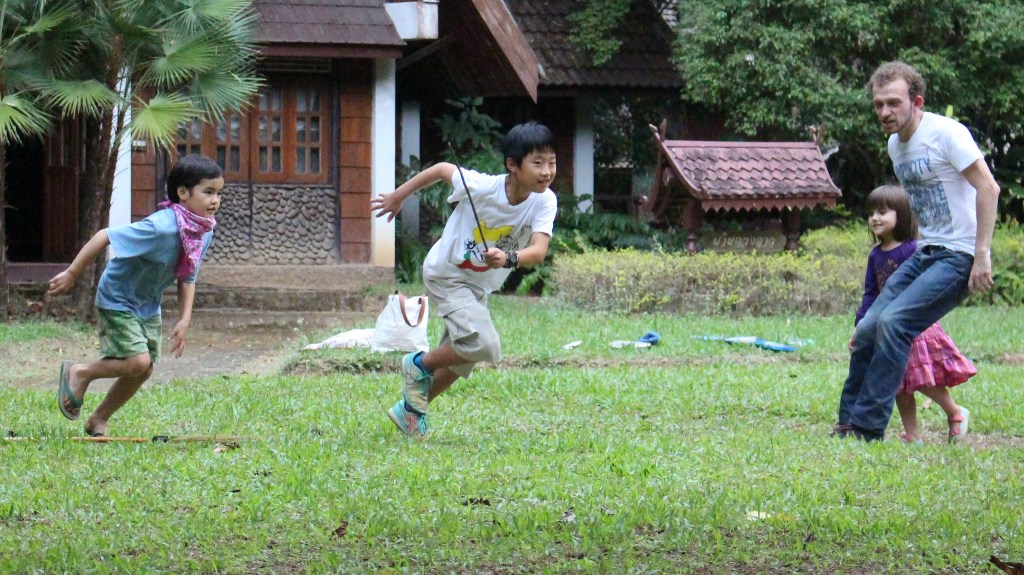 Make a cardboard box cornhole, bust out the bocce and kick the soccer ball around an obstacle course you and the kiddos have laid out. If you’ve got fellow Dads in your circle of friends, get them over for an afternoon of fancy lemonade (or mint limeade fizz) and hot dog sliders. Click here for 10 outdoor games the kids will love setting up and participating in! 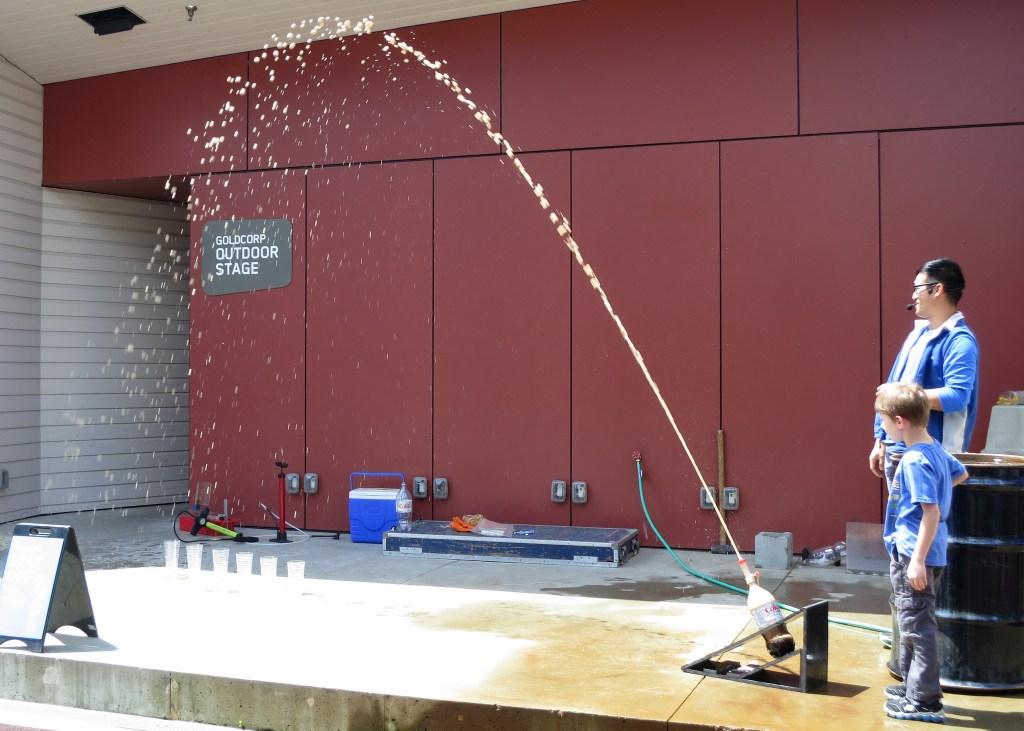 Swing by the hardware store for a few ingredients and a couple extra pairs of protective eye-goggles and set up your backyard for science! Just be sure to get everything you need and have it all prepped so that all Dad has to do, is explode things. For science!

What are your plans for making Dad’s day extra special? Share your ideas with our community in the comments below. 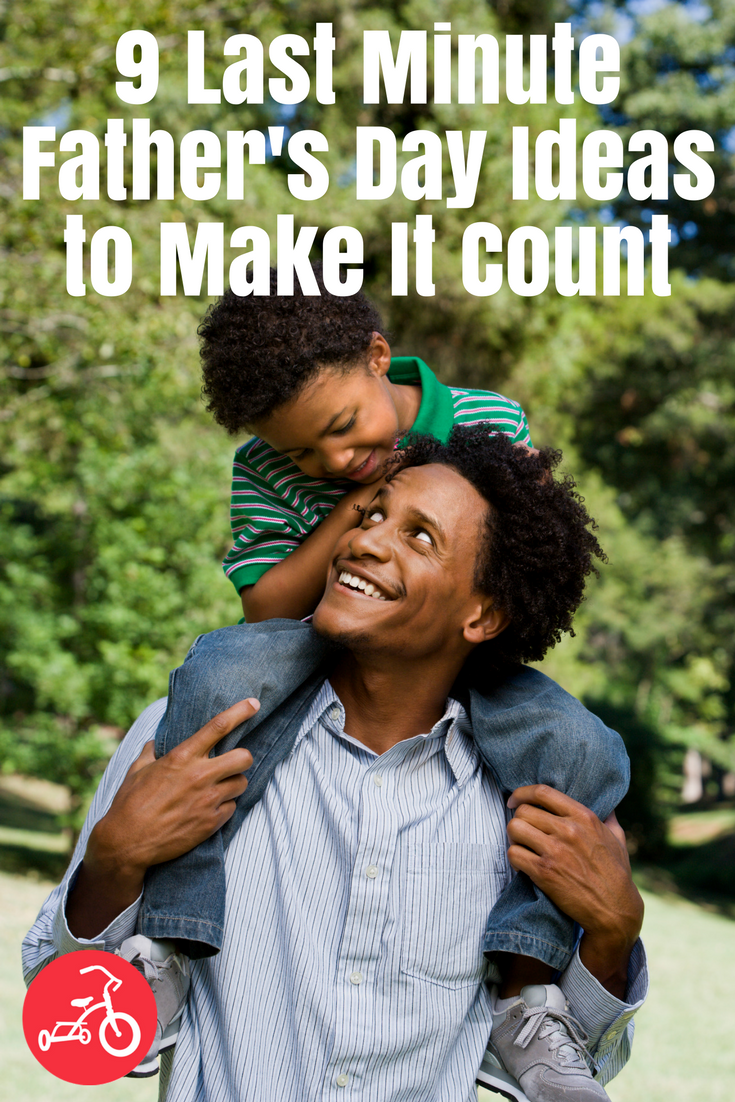