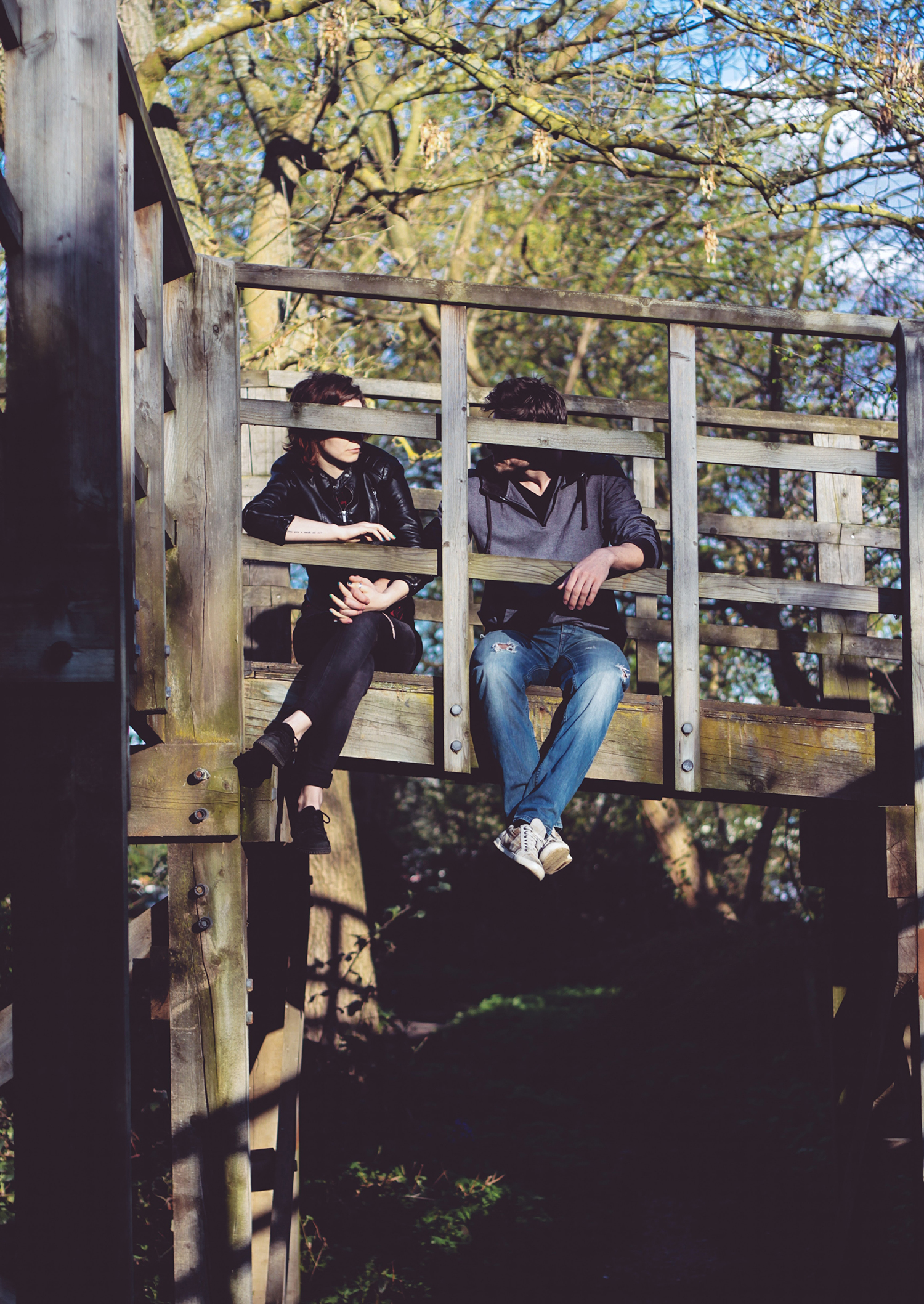 When I was in my late 20s, the first batch of my friends started to have kids. I visited one of my college friends to meet their new baby—we chatted about our good ‘ole days, gave each other some status updates, and I just giddily flitted over baby even though I was scared to hold him. During this hangout, my friend said something that really stuck with me. While recounting to me the early days with baby and the challenges that ensued in a comical, light-hearted manner, she also mentioned that she and her husband started to fight more and that the baby, “Really took a toll on our marriage.”

I had been with my now-husband for nearly a decade at that point, and like many high school sweethearts, we had had our biggest fights during our hormone-raged youth and had settled into a routine by then. We knew each other well and had learned how to avoid a fight before it even started. So when I heard this from my friend, I remember thinking that it was such a sad thing to say and even vowed (as many dumb childless people do) that I wouldn’t let that happen to MY marriage when I had children.

What I didn’t realize then is that I would owe my friend an apology for having missed the point completely on this statement that is so honest and vulnerable and 1000% true. So if you’re reading this, I am so sorry for not understanding until now how freaking amazing you were to have shared this with me, and I want you to know that having heard this probably saved my marriage.

To the naive and idiotic mind of a know-it-all childless dump, the admission of their marital hardship sounded like a sad, deflated white flag to say that the relationship could not overcome this new chapter in their life. But the truth is, if you have children and it *doesn’t* take a toll on your marriage, you might be doing it wrong. Of course, there are those shiny rainbow couples who take every new stage with stride, love, patience, and sweet cuddles…and those guys can just leave this conversation. My husband and I, despite having been together for such a long time, were not and never will be that couple—and I imagine most of us fall out of that unicorn camp.

Having children changes you. Remember before we had kids and someone asked us if we wanted one, we would say something along the line of “Yeah one day, but for now, I enjoy ‘X’ too much,” filled in with things that we knew from all the clichés that babies take away: going out, spending an obscene amount of money on frivolous things, etc., things we felt we weren’t ready to give up. I always thought that I had to be ready to give these things up voluntarily to be “qualified” to have kids.

But that wasn’t it at all. When baby came I didn’t *want* to go out, sleep in, spend money, or eat fast food the way I used to, because the moment that the nurse plopped that cottage-cheese-covered red monkey of a baby on my chest was…to say it conservatively, a transformation. The person I used to be, the things I used to enjoy, even the things that I thought were hills I’d die on, all became insignificant and dull compared to this person I just made and have been endowed with. Call it hormones, even call it brainwashing. Whatever it was, it completely and permanently altered my very being. Sound frightening? It really really was.

So imagine, while this is happening to me as I pushed out a human that I baked from scratch—the same thing is happening to my husband, who I’ve known since I was 17. And I see him crying and laughing as this baby is peeing on him. And if you know my husband, you will say “He CRIED?” because it’s that surprising. And I didn’t know it then, but it was also a sign that some stuff was about to go down.

We fought so much those early days. My husband was lucky enough to have gotten a 6-week paternity leave, which was amazing because he got to bond with our son, but it probably also contributed to a lot of the fights because he was in the trenches with me. He knew about the bad latch, the sleeping and feeding schedules…and for the first time in our relationship, we both had something that we equally cared so deeply about that we were willing to put anything on the line for it—even our relationship. Up until that point, we were each other’s top priority. That shift was wild. And don’t forget, we’re not even the same people anymore, so the strategies and techniques that we had previously learned meant nothing. The baby was a wrecking ball, naked Miley Cyrus and all, who came in and totally demolished everything that we’ve built up as a couple. Now we had to try to rebuild it, while keeping a baby alive, which meant we had to do it with zero time and zero sleep. I wonder why we had so many problems? (ha!)

So yes, our kid took a toll on our marriage. But because of that, it forced us to build something in the aftermath that’s more resilient and deeply rooted in our being. We had to, or else we wouldn’t have survived. I now understand that having a kid to save a marriage would never work because it’s the absolute opposite—a kid is going to tear you up into shreds so small that you won’t want to pick those pieces back up to put it back together unless your marriage is worth saving. And you know what, I think that’s totally okay. The truth is, anything worth fighting for, there will be fighting for it. And I think we can all agree that our kids are worth the fight.

Lisa Aihara is a writer and artist based in Los Angeles. When she's not busy keeping her toddler alive, she's growing another human and has no time for any BS. For an honest, practical take on motherhood, relationships, and just life's struggles through comics and stories, follow her on Instagram and her Blog.