You either love it, hate it or maybe just like the raspberry version best of all, but no matter how you feel about licorice there’s no denying it’s a candy with an amazing past. 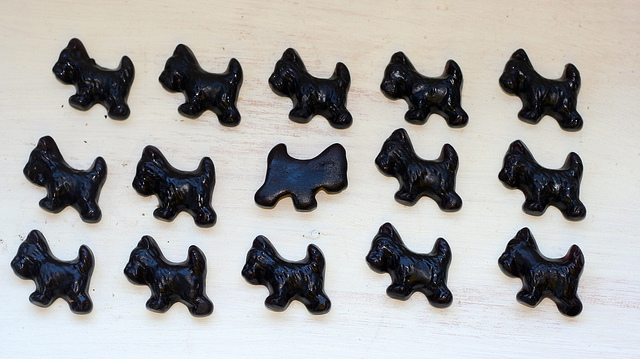 Licorice, sometimes spelled liquorice, is derived from the plant Glycyrrhiza glabra or similar Glycyrrhiza species. (There’s a fun new Scrabble word for you!)

The licorice plant is actually a member of the pea family, with pretty purple flowers.

One of the components of the root, glycyrrhizin, is actually 30-50 times sweeter than sugar.

Tonics made from the root of the plant has been used as medicine since before Hippocrates (that’s around 400 B.C.E.!) and probably before.

It has been used to treat bronchitis, sore throat, infections, stomach ulcers, indigestion and more. Today doctors are testing it as a treatment for hepatitis.

In the Netherlands as well as Nordic Countries, licorice is salty.

As a candy, it may be one of the oldest: there’s evidence showing it used as a sweet as early as the 13th century.

Today the term licorice is used to describe both black licorice candy as well as other candy without the flavor, such as Red Vines.