Blue Bottle Coffee, the Oakland import with a fevered following, opens up on Beverly Boulevard in Mid-City just in time to salvage the summer to school transition. Get our tips on what to get when you’re commuting solo and need a wake-up call, or when you’re heading home with little non-java junkies who want a cuppa something and an after school snack. 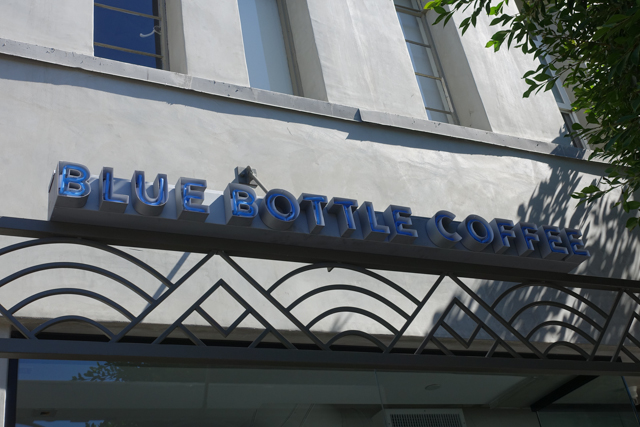 True Blue
Clearly we’re not short on boutique breweries in LA, but Blue Bottle has a legions of devoted fans, and there’s a reason.  This is not where you line up for your fall pumpkin latte; this brew speaks to the coffee purist, patented by a time stamped vow.  Nothing served, nothing sold, more than 48 hours out of the roaster.  Pure coffee, the kids that wakes you up for that morning carpool.  The new spot is most welcome to coffee purists, since the only other outposts in LA are tucked away downtown and in Venice Beach.  Great spots, but not on your way anywhere, the way this new Mid-City locale is.  And your coffee need is easy to feed with two-hour residential parking on nearby Sweetzer Ave.; clutch for toddler toting types, or anyone who’s trying to get ahead of those irksome tardy slips.

Cocoa for Kiddos
If you stop on the way to or from school with kids, there’s a beverage for them that will turn kids into Blue Bottle fans as well.  TCHO Ganache plus Clover milk makes for a cocoa that is taken as seriously as their coffee.  Swirly foam art and everything, so their drink looks just like yours.  If your offspring are hard wired to inherit your java jonesing genes, you can cultivate the crafted obsession young, starting with this cocoa. 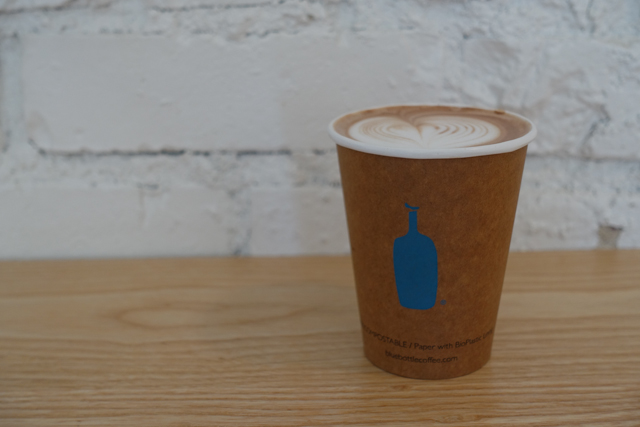 If you’ve got a small sipper who doesn’t favor chocolate (they’re out there), the almond milk steamer is made from sprouted almonds, pure cane syrup, and a dash of Himalayan sea salt.  Not nearly as sweet as what’s steaming at some other chains, but so tasty they won’t miss the sugar that’s missing. 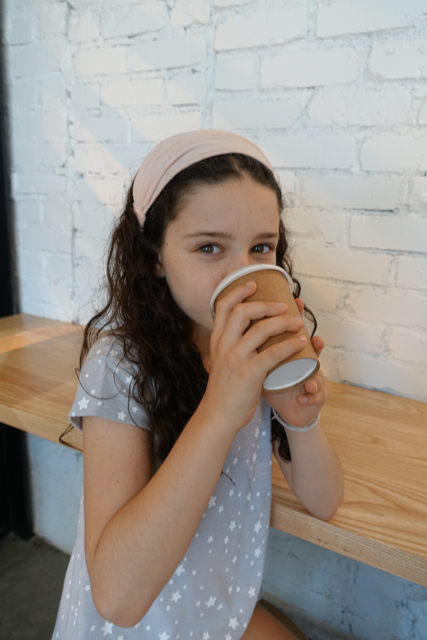 Summer Sippers
When the weather is warm, seasonably or un, there’s are a couple of addictive chilled drink for you to choose from. NOLA is their New Orleans iced coffee (comes in that cute little carton) made with Clover milk and organic chicory and it’s a little bit sugar, a little spice, and in one mini made for one carton, everything nice. 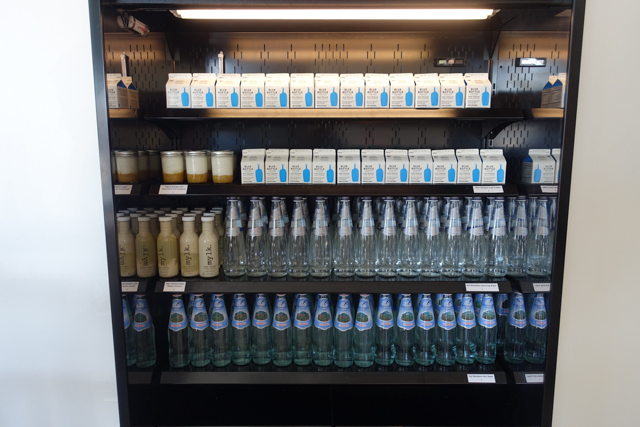 The Cascara Fizz is a lot of fun if you’ve already maxed out your caffeine card for the day.  Made from Cascara syrup (it’s a tea concentrate), lemon syrup and simple syrup with a bit of sparkling H2O, it’s a slightly less caffeinated alternative when the September temps are behaving like mid-July (they do that). 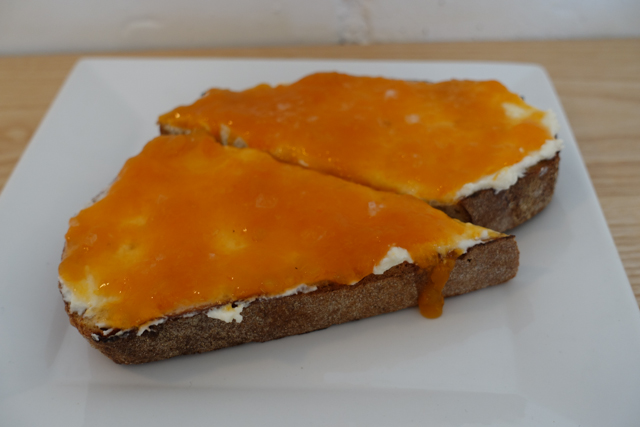 To Counterbalance The Caffeine (Or Cocoa) Buzz
This café is the first Blue Bottle in LA to offer prepared food akin to the stuff served at the Mint Plaza café in SF. Tartine talent Caitlin Freeman (Blue Bottle bought the bakery last spring) helms the kitchen. While parents thrill to the sophisticated flavors of just about everything, kids tell us that the Peanut Rocher is a perfect complement to the cocoa, and the Fresh Ricotta & Apricot Jam (there’s a toast menu, natch) makes a great breakfast or afternoon snack. That’s if you’re trying to steer them away from the double chocolate cookies, which everyone loves, any time of the day. 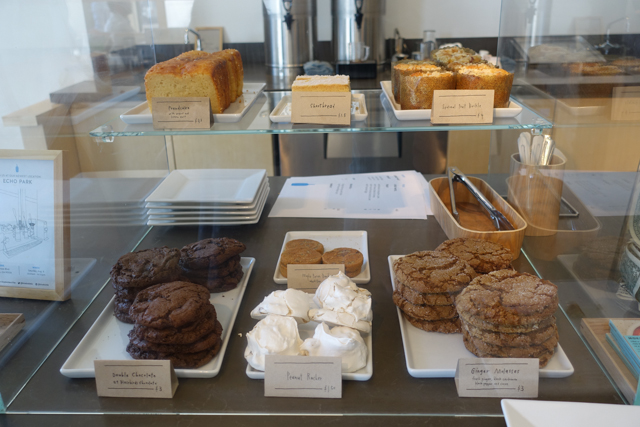 Take that Buzz Down the Block
Beverly Boulevard provides a bevy of Blue Bottle adjacent kid friendly hangs for when the coffee or sugar kicks in and everyone needs a place to play.  Pan Pacific Park’s but a few blocks down at Gardner and Beverly, and if the java has you and the kiddo amped to get some shopping on, The Grove and Farmer’s Market await you at Fairfax and 3rd.

Echo That
In addition to one on Abbot Kinney and one in the Art’s District, there’s another Blue Bottle just opening in Echo Park.  And they’ve got plans for more.  Meanwhile, if you’re heading back to school and need a pure jolt of caffeine to make those early mornings more manageable, this mid-city blue is for you.

Where do you get your morning cup to keep your peepers peeled during the carpool commute? Let us know your favorite coffee stop in the comment section.

—written and photographed by Jolie Loeb