If lazy beach days topped with a playground runaround and picnic in the grass is your speed, head on down to the newly opened South Park playground in Hermosa Beach. Nearly a decade in the making, the sprawling new play spot features all kinds of unique amenities, including a one-of-a-kind slide built into the hillside and sensory-rich features for kids in need of an extra touch. This is one new spot that lives up to the hype and is well worth a visit from any part of town. 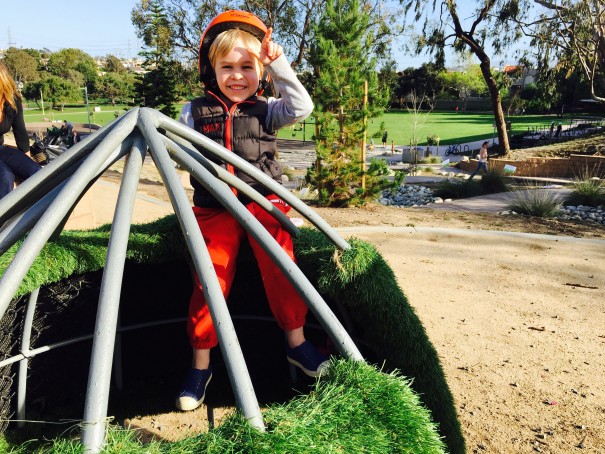 Slide on down
If your kids are into speed, they’ll probably want to head straight for the slides on the hillside on the northwest corner of the park. The only ones of their kind in Los Angeles, these two cement slides are steep and fast, zipping riders down the hill at speeds fast enough to render them airborne (for just a a split second) at the bottom. Nervous moms might be a bit anxious watching their littlest daredevils take the plunge, but after a few times down, they’ll probably be itching to join in on the fun. 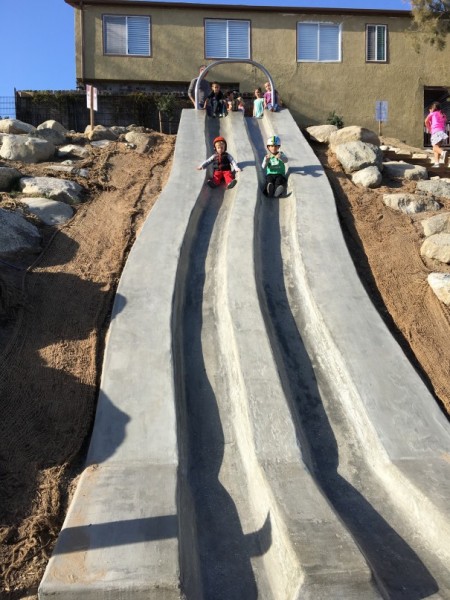 Come One, Come All
The seed for the new-and-improved South Park began nine years ago with one mom. Her 4-year-old son had cerebral palsy, and she wanted to see a place where her little boy could play alongside his friends (at the time the park had only a swing set, a play train, and a sand pit). She teamed up with another mom who shared her vision, and the two women have spearheaded efforts ever since. 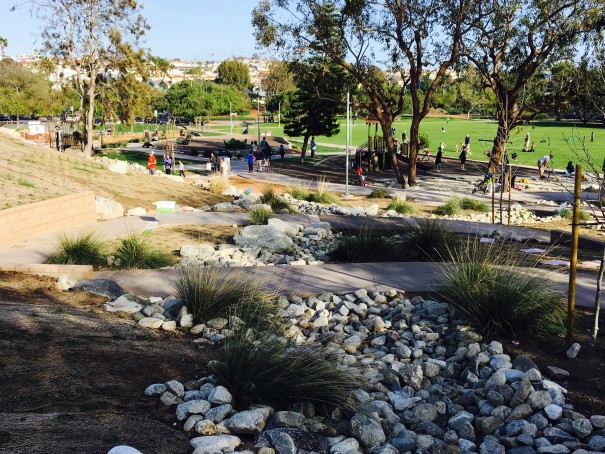 To make the playground accessible to kids in wheelchairs (or with other mobility issues), winding pathways slink in and out of the various park features. In addition, the entire play area has accessible turf; the merry-go-round and teeter-totter have high backs for kids who need extra support; there are accessible swings; a wheelchair transfer onto the play structure in the toddler area and two different wheelchair transfer points into the sand areas. For those who can’t climb the 27 steps to get to the top of the slide (or who simply want another way to do it), a wide path meanders its way up the hillside.

The hilltop is also home to two “sensory huts,” which were developed for kids with autism who need a quiet place to get away from the hubbub. These grass-covered domes will be enjoyed by all kids (most of whom will quickly convert them into rocket ships or play houses). 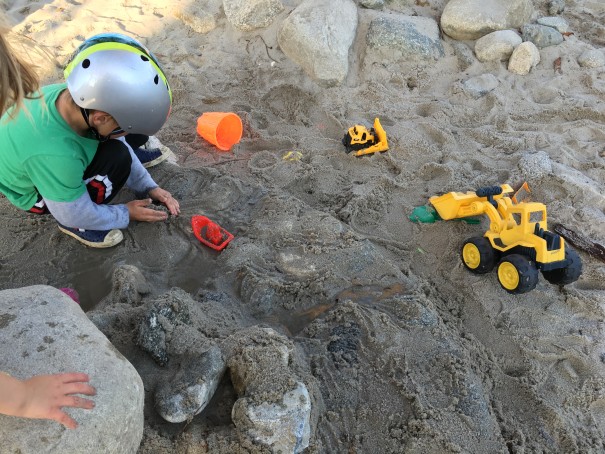 The Call of Nature
Forget primary colors and plastic slides. South Park designers wanted the playground to have an outdoorsy, natural feel. Little explorers can hop across dry rock beds while kids who want to get their hands dirty can mush their fingers into soupy sand (there’s a button-operated water feature in the sand pit that gets a portion of the sand wet enough for molding). A small ropes course in the northeast corner leads to a wooden lookout deck, and kids will love swaying and swinging on the adjoining clickety bridge. 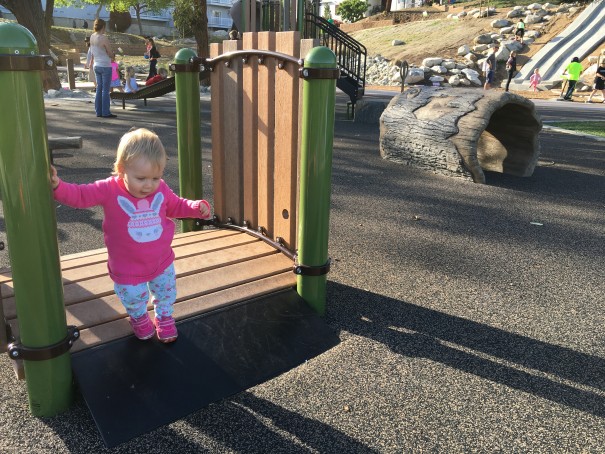 Toddler-Worthy
No need to leave your 2-year-old at home. A separate toddler area will keep your smallest fry happy. New walkers can rumble down the roller slide, waddle across the small wooden bridge, or test their newfound balance on a branch-shaped balance beam. Grown-ups, be slide-ready: Chances are your smaller tykes will be begging for a lap on which to ride the “big kid slide.” (Don’t refuse them this; you’ll have as much fun as they will.) 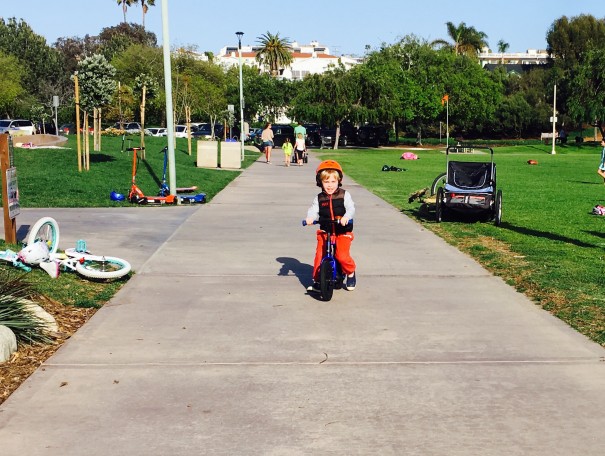 Bring a Bike
When they’re done playing in the playground, the park also has an asphalt loop surrounding a central field. Parents can hunker down on a blanket in the middle while their kids ride circles around them. (Note: The east side of this loop runs alongside the somewhat busy Valley Drive, so make sure your little bikers know the boundaries before you let them loose.)

More to Come
Plans are in the works for a community garden, which will include a children’s area with sensory-rich plants and flowers. And, developers are still seeking donations for Phase 2 of the park, which will include added play features, picnic tables, benches, and shade. 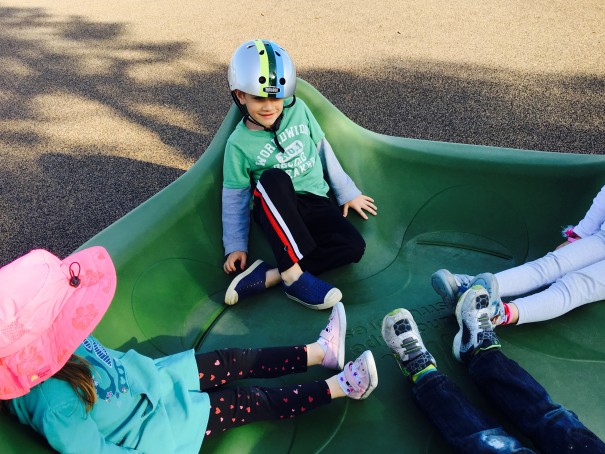 Good to know: The playground gets pretty busy, especially after school, so be prepared to watch your kids like a hawk. Best times to come if you want to avoid the crowd are weekdays during school hours, and surprisingly weekend afternoons, when many locals are either out of town or at the beach.

What’s your favorite new park?  If you know of a hidden gem or brand new play place, let us know!\

— written and photos by Melissa Heckscher