The summer just got more despicable! Illumination just dropped the official 3rd trailer for the long-awaited origin story of Gru and it’s everything we’ve been waiting for and more.

Minions: The Rise of Gru finally gives us the backstory to how Gru become the lovable villain we’ve been watching for years. Not only that, it follows how his yellow, not-so-smart sidekicks, the Minions, help get him there.

The story follows a 12-year-old Gru living in 1970’s suburbia, when he hooks up with Bob, Kevin, Stuart and newcomer Otto. The new gang takes Gru’s plot to take over the world to the next level, building a lair, fashioning weapons and hatching plans.

When his favorite group of villains, the Vicious 6 kicks out Wild Knuckles (voiced by Alan Arkin), Gru sees his opportunity to join his favorite gang. The only problem? They want nothing to do with the tiny boss––until he outsmarts them and then becomes their target.

With Gru on the run trying to avoid the Vicious 6, the Minions seek out help to learn kung fu in order to save him. Accompanied by a can’t miss 70’s soundtrack, this film is predicted to be just as entertaining for parents as it is kids. 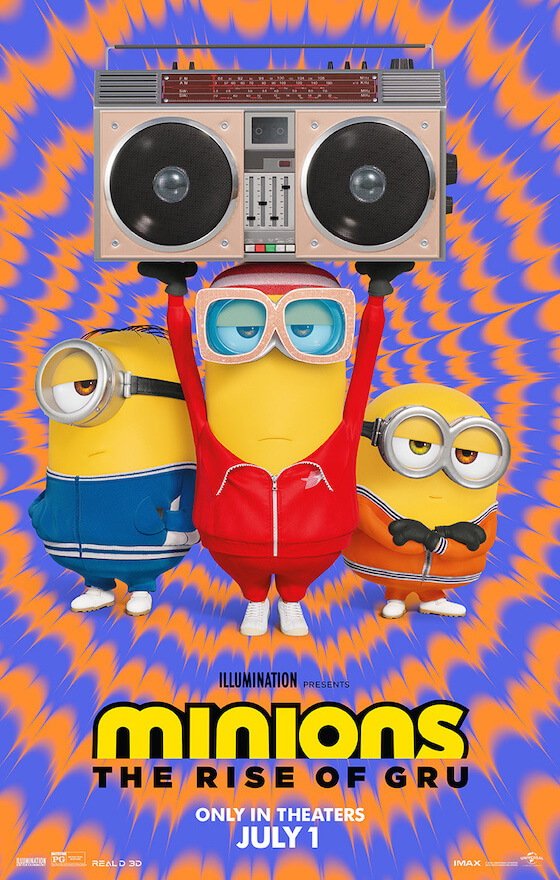 Returning to the film is of course Steve Carell, Russell Brand and Julie Andrews, who voices Gru’s somewhat unlovable mother. You’ll have to wait a little bit longer to get your fill of the Minions. The Rise of Gru will debut in theaters on Jul. 1.