Since it’s Monkey Day we couldn’t resist telling you about our favorite monkeys. Read on for some fun facts about these mammals we learned when we visited the local zoo! 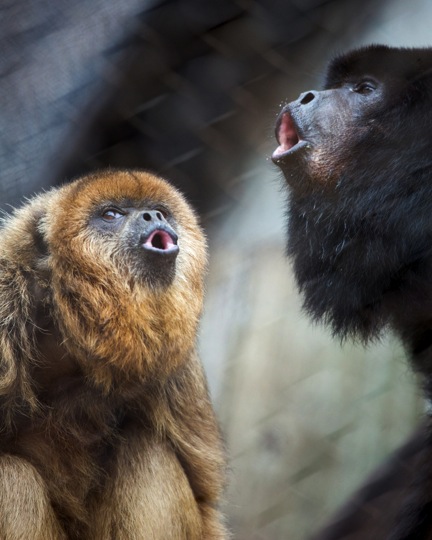 The Black Howler is just one of many species of monkeys known as howler mokeys. Native to eastern Bolivia, northeastern Argentina, Paraguay and southern Brazil, they eat leaves, fruit and vegetable matter. The males are black and the females and young are yellow-brown or olive-colored. They get their name because they have enlarged throats and extra large voice boxes which allows them to howls. They also have a special bony pouch beneath their throat that acts as a resonator which helps project their howls at great distances, sometimes more than a kilmometer! Click here to hear it. Young howlers are cared for by several females who carry, groom and protect it. Males will also help out. 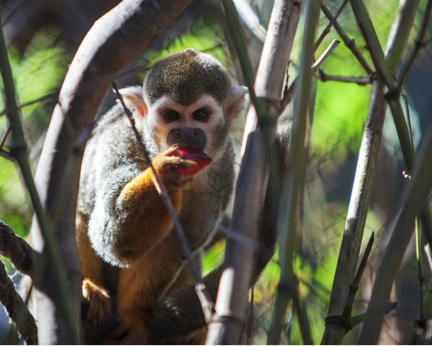 Native to the lowland rainforest of Panama, Peru, Bolivia, Paraguay and Brazil these tree loving little guys eat insects, spiders, bird’s eggs and nestlings, fruits, nuts, blossoms and other edibles. Squirrel monkeys have the largest groups of any other New World monkey, with as many as 100 monkeys in a given band. There were once thought to be only two species of squirrel monkeys, but scientist today classify 5 species and 8 subspecies of squirrel monkeys. They are not only smaller in size, but they make chirps and peeps for contact and alarms, earning them their likeness to the squirrel.

Fun fact: Births coincide with the time of greatest rainfall. 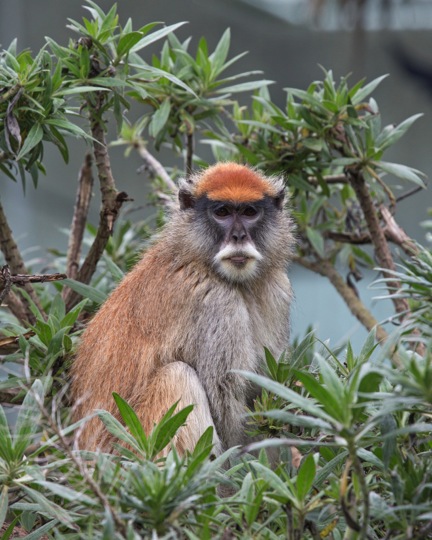 Sometimes called Hussar monkeys, military monkeys and dancing red monkeys, the Patas Monkey’s habitat is brush and grass savannas of Central Africa from Senegal to Ethiopia and south to Tanzania. Their diet consists mainly of grasses, shelled fruits seeds, berries, locusts and other insects, birds and lizards. The Patas is large and slender, usually reddish gray, white or pale pink, with a long tail that is dark above and light underneath.Adults have white mustache and whiskers and the males have mane-like hair. They can go several days without drinking water.

What’s your favorite kind of monkey? Tell us in the comments below!

All photos credit Marianne Hale courtesy the SF Zoo; Special thanks to the Education Department at the San Francisco Zoological Gardens for helping out with the monkey facts!