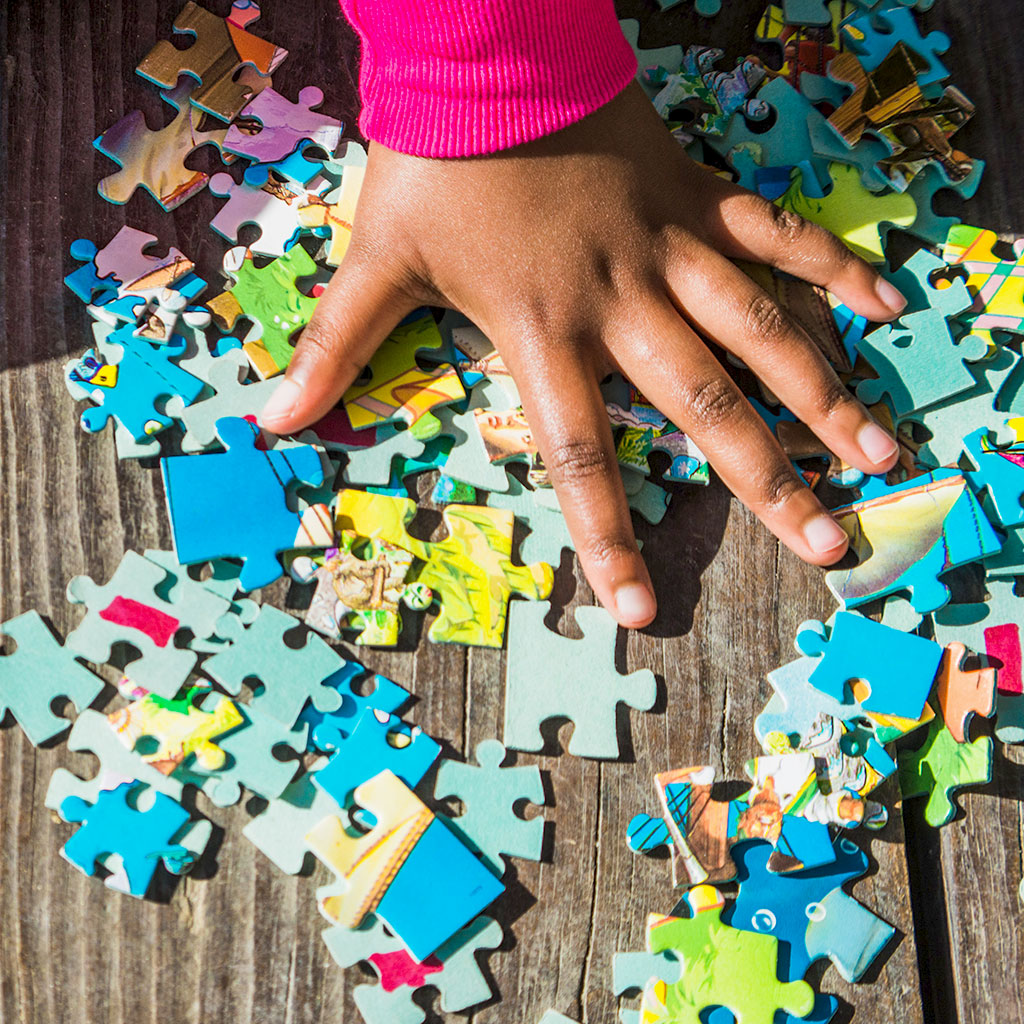 Hearing a doctor or psychologist diagnose your child with a serious diagnosis can be a gut punch for a parent or caregiver. You will need to face your own feelings about the diagnosis, learn about the condition, and take action on behalf of your child.

This article about autism is the first in a series called “Now What?” in which we provide helpful guidance to parents, caregivers, and any friend or family member seeking to support a family experiencing these challenges.

“Is Something Wrong with My Child?”

Maybe your daughter is a late talker who doesn’t allow others to hug her. Maybe your son talks up a storm about Thomas the Tank Engine and can only go to sleep when every engine from the show is lined up in a precise order on his bed. Maybe your child doesn’t make eye contact or reply in a conversational way when you speak to them.

The American Academy of Pediatrics (AAP) recommends that parents who are concerned about their child’s development talk with their doctor. The AAP recommends screening all children for autism at the 18- and 24-month well-child visits.

Sometimes the initial screening process goes smoothly and results in a clear diagnosis. Julie and Kyle’s third and youngest child, Aldo, was only two when he was diagnosed with autism, and he qualified for early intervention, a program that offers developmental support to very young children. Julie described Aldo as sociable and charming at times, but he didn’t like to make eye contact and he didn’t seem very interested in other kids. She was concerned by his frequent meltdowns, which were caused by a flood of intense feelings, both physical and emotional. When she took him to be evaluated, the evaluators said his autism was as clear as day.

The evaluation process is not always that straightforward, though. For example, for children who have another major diagnosis, like deafness or cerebral palsy, indicators of autism are harder to recognize. In these cases, a parent might be told that their child’s behavior is due to a diagnosis that is already known.

That is what happened with Julie and Kyle’s second child, Tommy, who is legally blind. When he was in preschool, he was having such violent meltdowns that he had been asked to leave two schools. He didn’t like to be away from home, and it showed.

“His relationship with me and his dad and older sister was wonderful, but anybody else, he was like, ‘burn it all down.’” She knew in her gut something more than his low vision was going on, but every doctor they consulted insisted that vision was the only issue.

“When they’re little,” she says, “you’re trying to figure out, is this their personality or is something wrong?”

Sometimes factors like where you live and what kind of insurance you have make a difference as well. In Tennessee, where Julie and Kyle’s family lived at the time, state law does not require autism services to be covered by insurance.

“They were recommending applied behavior therapy for Aldo and we were looking into that,” she says. “After insurance we would be paying $800 a week. It was really shattering.”

So, like many families with autistic children, they researched states where, by law, autism services are covered at 100 percent, and they relocated to Pennsylvania.

After they moved, Tommy’s new school counselor referred him for evaluation, and he received an official diagnosis. It soon became clear that autism runs in both sides of the family. “They were talking about Tommy, but they were also aspects of my life,” Kyle says. He was diagnosed later that year. The family now includes two children and one adult with autism.

As the family settled into a new state, home, and school district, the boys started getting help.

Autism is a lifelong neurodevelopmental condition that affects a person’s ability to communicate and interact with others. Autism also affects a person’s ability to process changes and transitions in daily life and sensory information from their environment. Every autistic person is unique, but, generally speaking, autistic children may find it hard to make friends with typically developing peers and may become overwhelmed by sensory input or changes to routine. Some experience meltdowns that caregivers feel powerless to stop.

Autism is a spectrum disorder, which means autistic people experience it on a continuum of severity. Diagnosis is usually categorized as level one, two, or three.

Aldo, who is now four years old, attends a preschool that uses applied behavior analysis (ABA), a type of therapy that focuses on teaching specific behaviors and self-care skills. Aldo is working on language concepts, dressing himself, and regulating his emotions.

Kyle describes ABA as providing scripts to follow in a variety of situations, like when to say “I’m sorry for your loss,” versus “Everything will be OK.” As an adult who never received an autism diagnosis or support, Kyle had to learn this kind of thing on his own. “It’s basic pattern recognition for social situations,” he says, “but I’m still not very good at it.”

Julie says ABA works well as long as the teachers develop a rapport with their students first.

For Tommy, the challenges are a bit more nuanced. At seven, he is in school with a one-on-one aide who helps him work on learning how different social rules apply in different places, like the playground versus the classroom, and handling overwhelming sensory input, like noisy hallways.

Even with support, sometimes the frustrations of a world that is too loud, changeable, and demanding take their toll on the boys, leading to meltdowns.

Kyle says, “A meltdown is when pieces don’t fit, things don’t make sense, and they’re unable to reconcile the reality of the situation and deal with it. It is based on the sheer terror of losing contact with the reality you know to be safe and right and good.”

Support for autistic individuals often means therapies that target their specific needs. In addition to ABA, which is considered the gold standard for autism support before age four, support may include:

“This Is Really Hard”

Julie wants parents whose kids have just been diagnosed to know that there is a whole community that understands what you’re feeling.

“I would tell them, ‘you’re not crazy; this is really hard,’” she says. “I’ve had to change aspects of my personality to be a better mom. I’m not a naturally organized person, and I’ve had to dissolve and reinvent myself to become the kind of mom they needed me to be.”

Kyle agrees that the organizational demands of raising children who are autistic are a lot harder than they should be. “You have to be prepared for a nonstop litany of ‘go here first, do this next.’ And you may or may not get where you’re supposed to go.”

Julie says she has had to employ two opposite modes of communication as an advocate for her sons. “One is ‘I’m a complete emotional mess asking anyone for help,’ and the other one is this really hard-nosed, clear-sighted person going for what they need,” she says. “I’ve had to use both of them. I’ve had to cry on the phone to get help with paperwork, and I’ve had to hire a special education advocate because the school was jerking me around.”

Finding social support is essential. “Even though you feel alone, you’re not alone. Find online groups, especially local ones, that are supportive and loving and won’t shame you. Those communities are lifesavers.”

About the Author
Juliet B. Martinez is a freelance writer and editor with close to 20 years of experience writing on health, science, and parenting topics. A graduate of Northwestern University’s Medill School of Journalism, Juliet has published articles in Chicago Parent and Green Entrepreneur, among others. She lives in Pittsburgh with her husband, a drummer and university administrator; her deaf, autistic, K-pop-loving teenager; and her tween, who still likes to cuddle. Read more of Juliet’s writing at www.julietbmartinez.com.