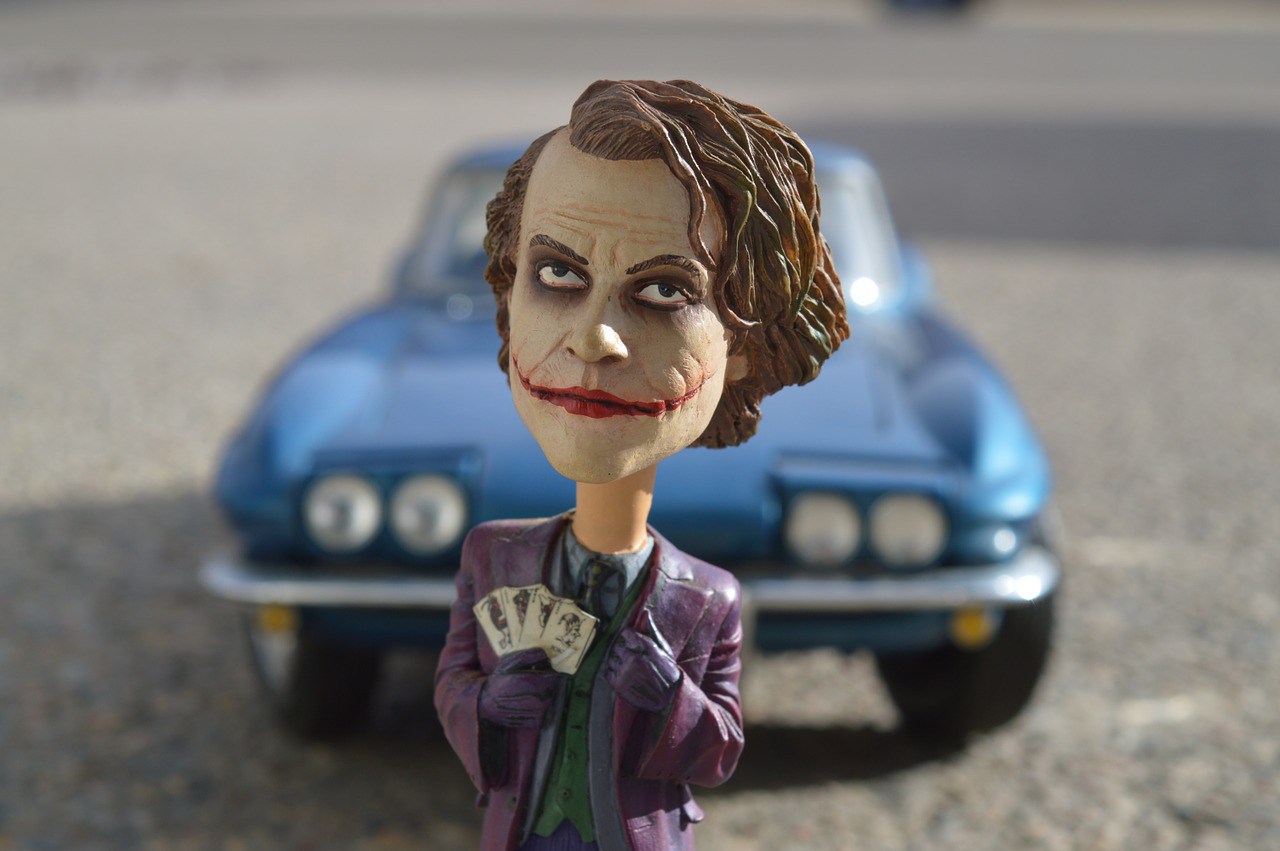 You try not to think it, you really do, but in today’s culture it’s difficult. I mean the parent-blaming is everywhere. So when serial killers and even regular murderers show up on the news or on “Criminal Minds” or wherever, you start thinking. For the love of God and all that is holy, could this one day be my kid?

The trick is in figuring out which one it might be, so that you can make the appropriate adjustments. Like if it’s child #3 versus #1 or #2, you might want to become stricter with that child. Or maybe more lenient. You may need to give that child more individual attention, or perhaps you’ve been giving that child too much attention all along. You may realize you should switch to a helicopter parenting technique, or no, wait, maybe the kid actually needs more responsibility. Free-range it is. Maybe you should yell less and show more empathy. Wait, the newspaper says you should quit being such a pushover.

Oh, Good Lord. What is a parent to do?

I don’t know, but I’m guessing the first good step is to figure out which one is the serial killer. With that in mind I have been observing my own kids from day one, looking for the signs. This post is the very scientific summary of my conclusions to date.

On the surface, Joey, age 8, might be the obvious suspect. Back in his infancy, the instant he got control of his arms, he used them to push my face away from him in a way that said, “I do not enjoy affectionate human contact.” That was mildly alarming, but my mother has since told me I was a similar type of baby and I have yet to murder anyone, even my husband, who pretty much asks for it on at least a bi-weekly basis.

And then there is Jimmy, age 7, who was a very smiley and loving baby, but even then you kind of had to wonder. At least Joey shows his true colors, I thought at the time. What’s with this smiley lovey crap? Who exactly is he trying to fool?

Interestingly enough, as they’ve grown, Jimmy has continued his smiley lovey persona, while Joey is a bit more on the mean side. I was catching baseball with them the other day and Joey was taking an inordinate amount of pleasure in any missed catch on the part of his brother.“You dropped it again!” he’d say. “That’s six times!  I’ve only missed twice!” As for Jimmy, his comments back to Joey were along the lines of, “Good catch!” Or, “Nice throw, Joey!”

Hmmm, I thought. Are these the signs? Will Joey’s competitive and not-so-supportive nature one day resolve into a murderous rampage? Or, will Jimmy’s more outwardly pleasant personality eventually implode? Oh God, how do I fix this?  What do I do differently? HOW DO I MAKE THEM PERFECT?

So far, I’ve spoken about my children as if Joey shows zero love and Jimmy shows nothing but. Obviously it is never that simple. For example, I once had several facial moles removed and thus came home with several sets of stitches in my face as well as some surprisingly unattractive swelling. It was Joey who had the preferred reaction.  He took one look at me, broke down in tears and said, “Mommy!  How could they do that to you?” Jimmy, on the other hand, appraised my disfigurement with a more detached and clinical eye. His question was more along the lines of, “How long are you going to look like that?”  He has also said things such as, “Mommy, you’re not fat.  You’re just, like, maximum chubby.” If that doesn’t say future murderer, quite frankly I don’t know what does.

I don’t know. It’s very stressful even writing about this, because the truth is, I don’t ever want to find myself in the position of saying, “Yep, I knew it.”  And then writing letters to judges explaining about my kids’ favorite snacks and so forth. I mean, what judge is going to care that Joey eats his Chips Ahoy and milk with a spoon, while Jimmy never, ever dips his cookies? Well, there’s one, but surely he’ll be impleached by then. Disbarred. Whatever they call it.  Plus, my letter would go viral and then the people who weren’t already blaming me would see clearly how it was ALL MY FAULT.

I guess the bottom line is, ferretting out a serial killer from the crowd of elementary school crooks is more challenging than it may seem. All I can do is to remain forever vigilant. And more importantly, keep up with all the internet parenting advice. Because there’s no sense trusting my own instincts when there are so many wiser ones out there.