17 New Year’s Resolutions, According to Your Toddler

Dear Laundry, My One & Only True BFF

Dear Parents of Kids with That Dreaded Stomach Bug: I See You. I Salute You 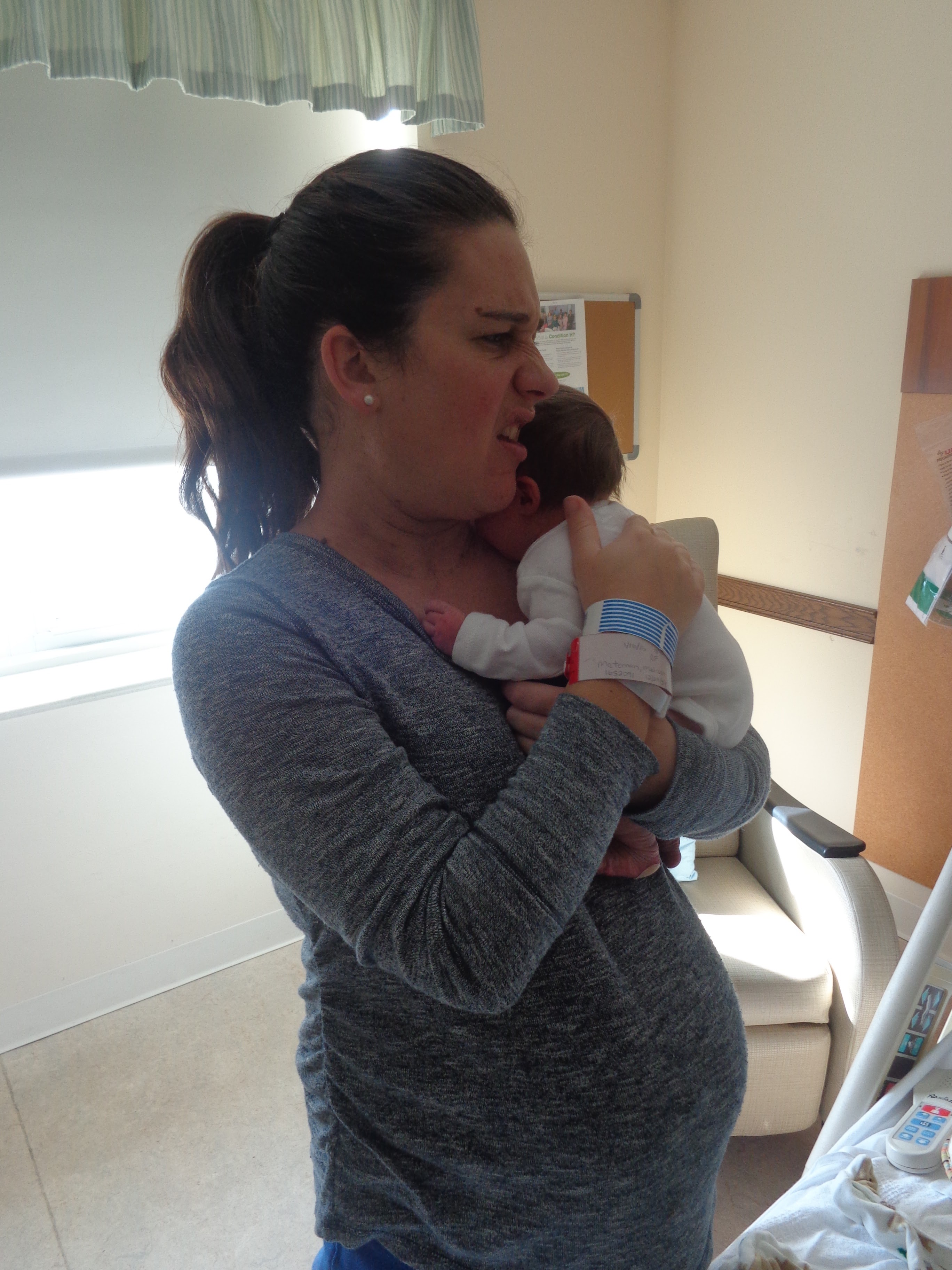 I’m not a big fan of babies. Now I know that’s not going to be a popular opinion, but there it is. Are babies adorable, tiny miracles that smell like heaven? Sure, of course they are. But do I want one living in my home? Not particularly. It may alarm you to know that I have two children of my own, who were in fact babies at one point, and I didn’t love it. Babies made me tired (so very very tired), anxious and bored all at the same time. Like I said, I’m just not a fan.

Two weeks after my first child was born I wrote these two questions in my diary; “What if this was all a mistake?” and “What if I’m a terrible mom?” Two weeks in and I was frustrated with myself for not feeling better sooner, for not being head over heels in love with my baby. At the time I didn’t realize I was simply not a fan of babies. I worried that I was truly not cut out to be a mother.

Pretty soon after I wrote those questions, I realized I did, in fact, love my baby. But like him? That was still to be determined. I mean, sure he was objectively the cutest baby ever, and yes he was basically a genius, but hanging out with him 12 hours a day and then a few more hours every night was kind of a drag. And then to make it worse, I of course, felt horribly guilty about feeling this way. And it didn’t matter how many times little old ladies cornered me in the produce aisle and lectured me about enjoying every minute, because soon my baby would grow up and I would be so so sad, I just couldn’t do it. I couldn’t enjoy every minute, because I was just trying to enjoy a few minutes, every once in a while, on a good day.

Right before my son turned one, he started walking. People had been warning me for months; oh don’t rush it! Once he goes mobile you’ll have to chase him everywhere! So imagine my surprise when both my son and myself were infinitely happier when he started walking. He could go where he wanted to go! Yes, I had to follow him, but he could go! I no longer had to walk around holding him, pointing to crap, hoping I would eventually guess what he wanted! It was awesome. I loved it.

Eventually, I forgot enough about babies to get pregnant again, and 26 months and one week after my first baby was born, I had my second. My journal entries after my daughter was born were decidedly more upbeat than after my son, but I do remember telling everyone I would much rather spend time with a toddler over a newborn (I know, another controversial opinion). Here’s the thing about toddlers, they are terrible of course, that’s how they got that adorable nickname, but they are also hilarious. And they can (sort of, some of the time) tell you what they want. Do they scream it at you because you gave them the blue bowl when they clearly wanted the red? Sure. But now you know! I really don’t appreciate the guessing games babies play. I mean really, what do you need?!

So here’s the good news, lest you complete this story believing I am a terrible mother who hates her children; the older my kids get the more I like them! It’s crazy, I know, but it’s true. Right now they are five and three, and I am really diggin it. They are still adorably tiny and cute, but I don’t feel like I may break them just trying to get a damn shirt over their heads. They tell jokes (they don’t make any sense at all, but they tell them)! They can pump on the swings, and use the bathroom by themselves 75% of the time, and they still let me kiss and hug and snuggle them almost as much as I want. It’s a win, win people!

So what’s my point with all this? I guess it’s this, first of all, don’t let old people bully you at the grocery store, and secondly, don’t be afraid of the next stage in your kids’ lives. I mean, should you wish away your kids’ childhoods? No, probably not (unless you just really really hate this part, because the next part might be much better!). Should you try and soak up the precious minutes you have with your kids while they are little? Of course! But if your kid is in a stage right now that you are really not into, don’t feel guilty about not loving every second of it. Life is full of seasons, right? So maybe the next one will be the best yet.

As for my questions, do I have any answers yet? Well as far as whether or not I am a terrible mother, only time will tell. I imagine my children will work that out with a therapist someday, so I’ll have to get back to you. But as for wondering if this was all a mistake, I can confidently answer with a resounding no.

I am a freelance writer and a stay at home mom to my two kids. I love to do art projects with my kids and force them to play outside as much as possible. I am currently working on writing a novel in 40-minute bursts during naptime.