As we’ve noted before, immersive, interactive theater experiences are no longer just for grown-ups, and a new show for the younger set is taking things up a notch with a very fun, fantastical multimedia production in Chelsea. Here for a limited eight-week run, Pip’s Island will take you and the kids on musical, magical adventure that also happens to encourage creativity, problem-solving and teamwork. 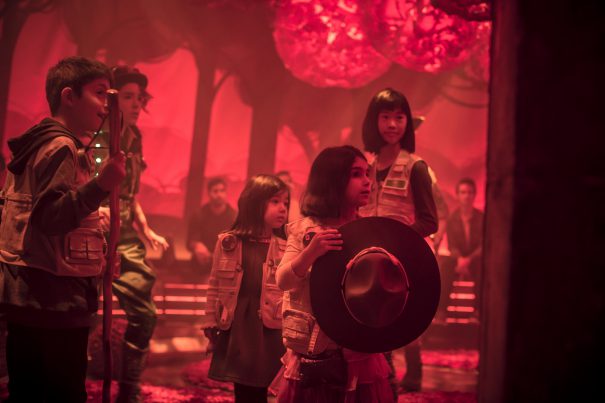 Welcome to Pip’s Island!
Three years in the making, the production is the creation brother and sister team Rania and Rami Ajami, with Creative Director Walter Krudop, and from the get-go, the kid audience members are the “stars” of the show. Before embarking on the the adventure, kids suit up in explorer vests, which are not only temporary costumes, but are also custom-made garments that are integral to the show. Adults, good-naturedly referred to as the Explorers’ assistants, are instructed to hang back, to let the kids do the work and take center stage. 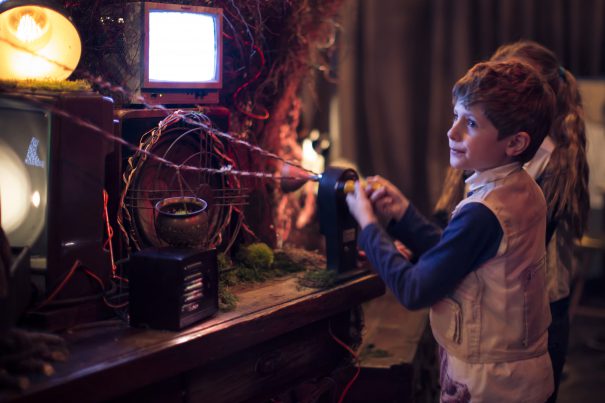 The adventure begins at an outpost where where audience members meet fellow Explorers and learn that Amperes Wattson is being held captive on a magical island by his evil brother Joules Volter. The crew is charged with rescuing him and ensuring the survival of the mystical place. If they do, they will join the ranks of the “Exceptional Explorer’s Society.”

With that charge and the guidance of a pair of friendly fellow explorers (i.e. two actors), the kids navigate a series of “ranges”, connected environments that incorporate beautiful set pieces and lighting, projection screens, special effects such as fog, bubbles and confetti — and even a slide. 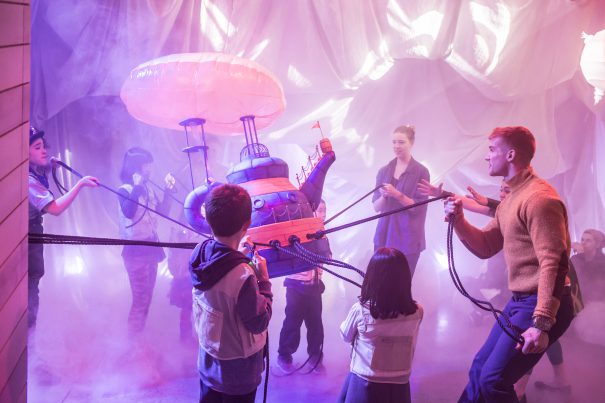 Not the Same Old Song and Dance
As audience members navigate this magical world, they meet inhabitants of the island, Pebble, Finn and Pip, who join in the effort to save Ampers and the island. At each stop on the journey kids are enlisted to help solve a problem and work together as a team. (Yes, these actors have a script, and the narrative is set, but they’re also adept improvisors, as, you know, kids say the darndest things.)

With each challenge met, the crew unlocks one of five “sparks”, and a corresponding badge illuminates on the explorer vest.

In addition to stellar sets and fun characters, the show also includes inventive and charming puppetry, as well as musical numbers, and even a dance party. 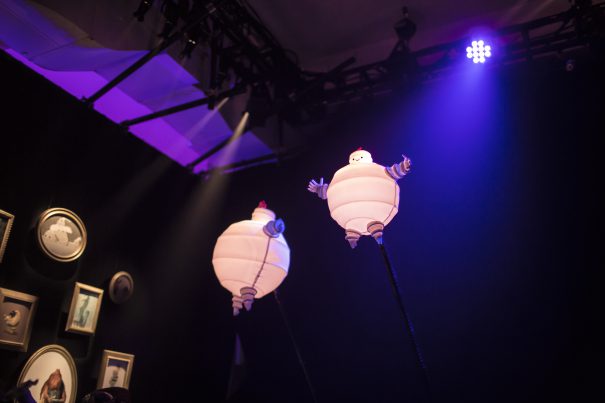 The Less You Know the Better
Do the kids solve the problem and save Ampers? You probably have a guess, but it’s best to go in knowing less than more about this show, for both kids and adults.

Things you should know: the experience is an hour-long, and is recommend for kids ages 4 to 10. Strollers are not allowed  — it would be very difficult to navigate them — and while the show is not scary in any way, there is a “bad guy” at the end and it is an immersive experience, so little ones easily overwhelmed will probably want to stay close to their grown-up. 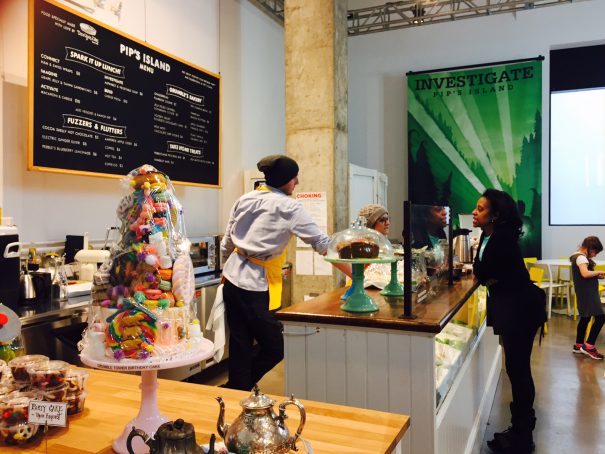 Party With Pip
Finally, you can host a Pip’s Island birthday party! Rent out the whole show, or just book at a group rate. For the deluxe experience, order the special over-the-top cake (pictured above), a creation that looks like a creation of Mr. Wonka, or some other magical persona, himself.

The lobby does have a cafe and seating area — as well as lots of Pip’s Island merch and fun toys — to accommodate your celebration.

Have you seen Pip’s Island? Give us your review in the comments below!