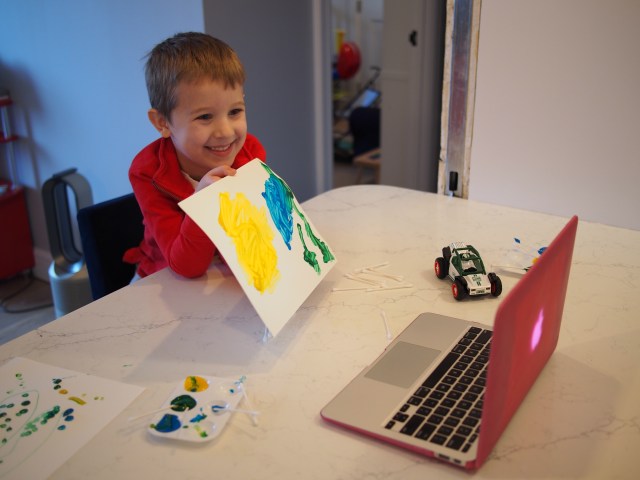 The Best Virtual Summer Camps for Kids of All Ages

Kids are natural born scientists, whether they’re squishing food and throwing it on the floor boosting their brain development, or sitting, mesmerized, waiting for a butterfly to emerge from its cocoon. School helps them put names to the phenomena they’ve been observing, but there is no reason STEM learning (Science, Technology, Engineering and Math) has to stop come summertime. Check out our picks for camps that cater to your budding Einstein, Curie, or Zuckerburg. 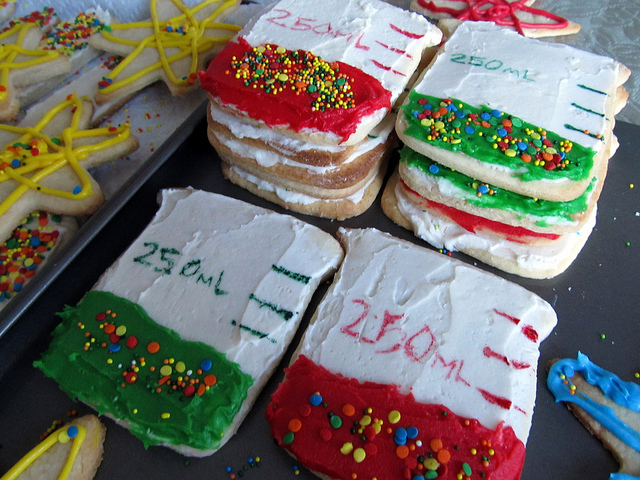 Hollingworth Science Camp
When you hear about NYC parents standing in line at the crack of dawn just to pin down a spot at science camp for their child, this is the camp they’re talking about. But just snagging an application isn’t enough. The Application Process includes two Teacher Information Forms in signed and sealed envelopes, a Parent Questionnaire, and the applicant’s most recent report card. Only then can you proceed to the lottery.

Here’s the bad news: It’s already too late to apply for Summer of 2015. But the good is that we’re giving you the heads up to put it on your calendar to e-mail the camp in November to try to get a spot for 2016’s summer. ( Some even better news: Once your child is in, they are in until they age out, as are all their siblings, so you only have to go through the worst of it, once. And if you’re wondering what exactly might be worth this kind of furious hoop-jumping, the answer is: Hands-on science lessons, investigations, observations and explorations, indoor play, outdoor play, art, storytime, field trips, lunch and snack. 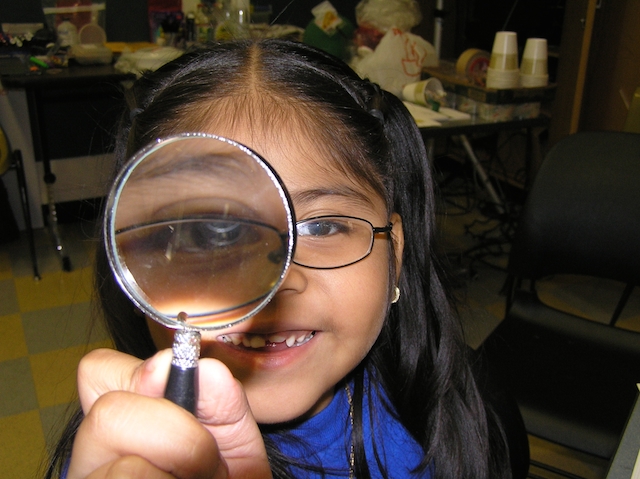 Adventures in Science at the American Museum of Natural History
Open to kids from Pre-K to Grade 5, this is a year-round program with a summer camp component. For 2015, choose from week-long themes including ArchaeoAdventures, A Trip to Space, Beneath the Waves, A Prehistoric Gathering, Forces of the Natural World, Spiders: Webs Unraveled, and more. Can’t make up your mind? Sign up for First Discoveries and try a little bit of everything! 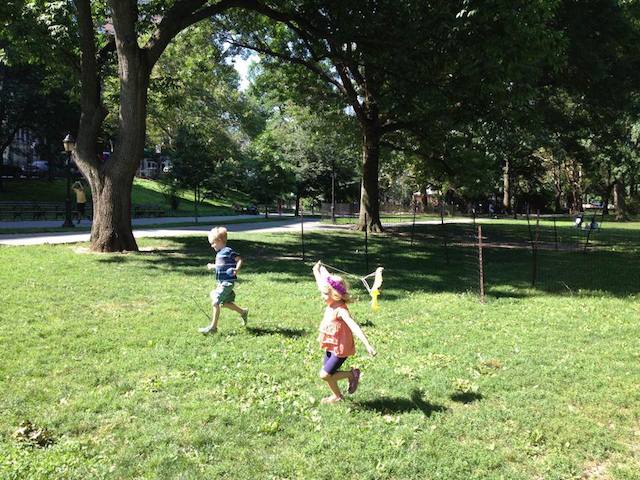 Storefront Science
Storefront Science encourages kids ages three to 12 to take their scientific pursuits to the next level, with classes in NYC wildlife, the human body, cooking chemistry and city skyline modeling, among others. Morning lessons are different from those offered in the afternoon, and switch every week, so you can pick and choose to basically construct your dream science summer camp curriculum (with appropriate pro-rated fees). The camp offers full or half days as well as sessions of one or three weeks.

Johns Hopkins Center for Talented Youth
Another program for which kids need to qualify, the Center for Talented Youth requires its 2nd to 6th grade students to participate in a national talent search and score above a designated cut-off before they can sign up for summer courses like “Be a Scientist” or “Dynamic Earth.” (Don’t stress: qualifying is not usually a problem for our NYC smarties.) Kids who’ve gone through the program rave about the chance to finally be surrounded by campers who are just as passionate about science as they are. At the Center for Talented Youth, being smart is cool! 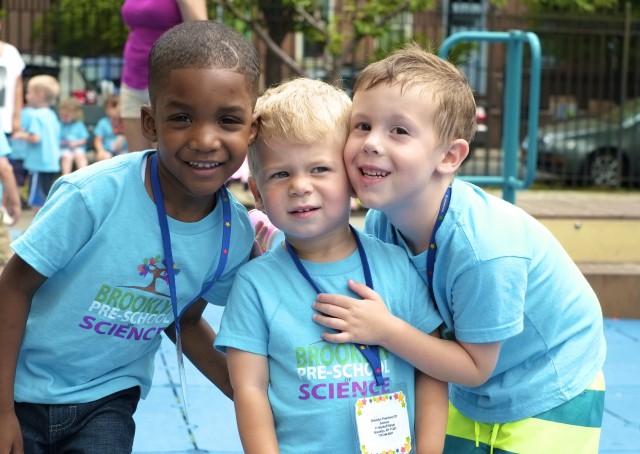 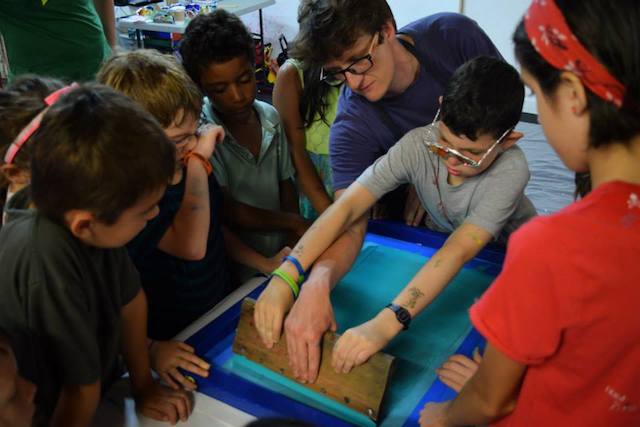 Summer Day at the Beam Center
Some STEM camps are taught by scientists. Beam is spearheaded by artists, designers, filmmakers, musicians, and engineers in a quest to demonstrate that technology doesn’t just have to be ones and zeroes that make blips on a screen, but real-world items that can be used to have real-world fun. Here, eco-friendly, recycled raw materials used to create projects might include wood, cloth, rubber and cardboard. Collaboration and interdisciplinary connections are strongly encouraged, and the end result just might be your very own functional, soap-box racer, culminating with an annual derby for all! 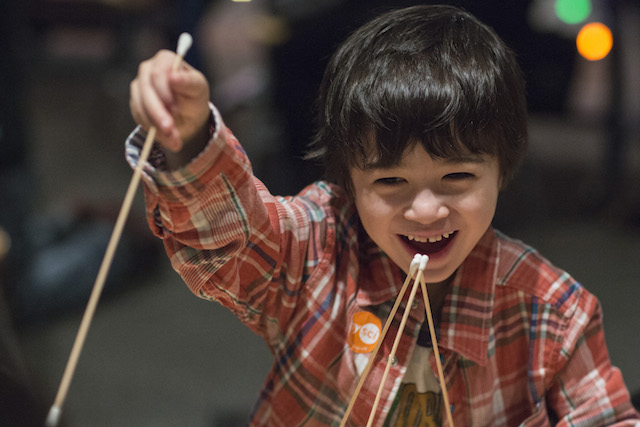 Summer Innovation Camp at New York Hall of Science in Queens
At the New York Hall of Science’s Innovation Camp, kindergartners can become mini-engineers as they redesign their favorite toys and first and second graders will “Make It Move” by inventing never-before-imagined vehicles to tackle the rough terrain of air, space, land and water. Meanwhile, third and fourth graders not only create their own superheroes (gadgets and costumes included), but work out the science necessary to make them operate in our non-superhero world. Snack and lunch are provided.

Science Teacher Sarah’s Science Adventure Kids
Science Teacher Sarah is all about content. This camp encourages kids to see the connections between science and the rest of the world, such as the arts and humanities. With Science Teacher Sarah, kids visit science museums and related destinations, but they also check out history, music and art museums for an in-depth look at how all are related, and how each is connected to current scientific pursuits. In addition to conducting three field trips a week, Science Teacher Sarah hosts hands-on exploration in her own classroom for the study of physics, chemistry, astronomy and biology. On good weather days, however, all campers meet in the park.

Launch Math & Science Centers
Launch Math & Science Centers offer something for everyone, whether you’re five years old and live on the Upper West Side, or seven and live downtown. Campers as young as four (and as old as 12) explore concepts ranging from friction and density, fossils and space and time through fun games and activities. Young scientists get intros to programming, biology and architecture through projects like making an “X-ray hand” and designing a dream house. 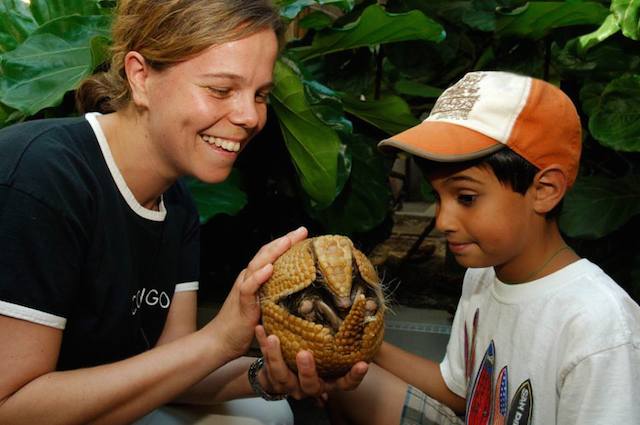 If your child’s idea of science leans more towards four-legged and flippered friends, then check out the camps at the Bronx Zoo, Queens Zoo, or the New York Aquarium. The Zoos’ options range from Toddler Mini-Camps, at which two- and three-year-olds (and a caregiver) meet animal friends and go behind the scenes of popular exhibits; KinderZoo, for ages four and up, which features meeting animals, crafts, dramatic play, and more, and a “Week of Wildlife” looking at the various eating habits of animals for first and second-graders. At the Aquarium,  the “Tidal Tykes” program for four- and five-year olds introduces kids to marine animal behavior, while the six- to eight-year-old “Aquatic Adventures” explore the diversity of aquatic animals.

Lavner Camps
Looking for a niche science or tech camp? (Like, really niche?) Lavner Camps offer “cutting edge”  specialty summer day camps for kids ages four to 15 at locations in Manhattan and New Jersey. Weekly camps run from June 8 to August 28 and are offered in subjects such as 3D Innovation and Design with Minecraft, Robotics with LEGO MINDSTORMS, Introduction to Programming with Java, Video Game Design and Science Discoveries. 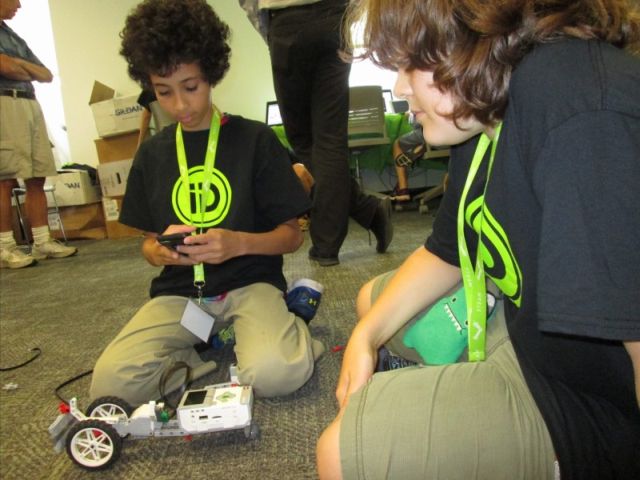 For kids who would rather stay indoors and create their own world, there’s computer science camp. RoboFun helps little programmers (kindergarten through sixth grade) create animations, video games and, of course, “killer” robots.

Kids six and older and above can kick their skills up a notch at the less play-based, more intense ID Tech mini-camps, where Scratch programming, Minecraft and even professional level Java is on the menu. Both half- and full- day programs are available in Park Slope, Brooklyn and on the Upper East side. The camps promise mini campers, mini prices — and huge fun, naturally.

Got a favorite STEM camp for kids? Share it with us in the comments!