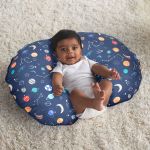 It’s been a rough 2020, but Portland residents still love the rain, good coffee and craft beer. We are still passionate about our basketball team and look forward to heading outdoors for hiking, river adventures and snow play as often as possible when it is safe. So, it’s no wonder our deep-rooted love for our beautiful city inspires parents when it comes to naming their babies. If you are looking for that perfect baby girl name, baby boy name, or even a gender neutral option, look no further. We’ve scoured the Rose City’s neighborhoods and history and found some gems you’ll want to consider. Read on to find out more. 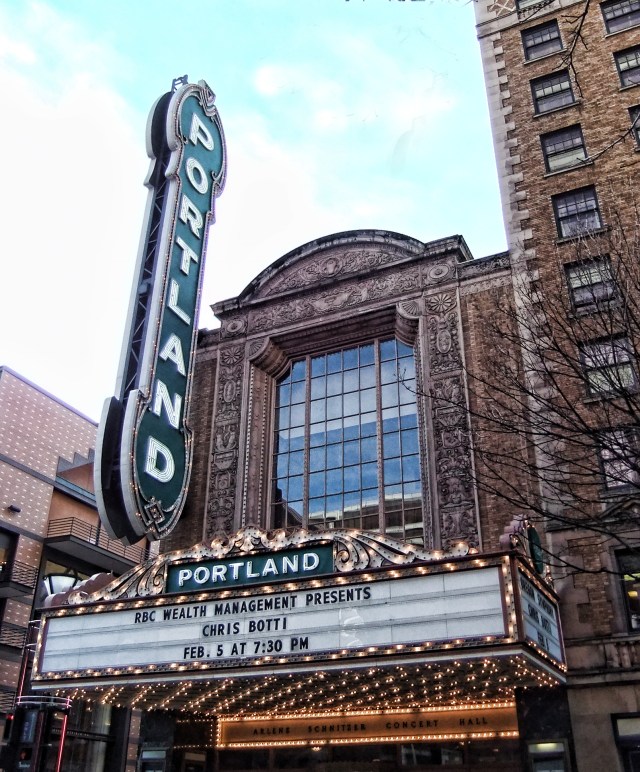 During the golden age of Portland's trolley lines in the early 20th century, Arleta Park in SE Portland was platted in 1903 by the Potter-Chapin Realty company. The park was named after Potter's young beloved daughter.

Portland is lush year-round, but come spring it bursts into color. Azalea's flourish and are native to the area. You can't help but want to name your beautiful baby after such a stunning and prevalent area flower.

Lumberman and developer Simon Benson left his mark all over the city. He built the Benson Hotel and donated the bronze water fountains known as the Benson Bubblers to the city. He's so beloved that a local high school was even named after him.

Portlanders love their basketball team, the Portland Trail Blazers. What better way to show your fan loyalty than by adopting the mascots name: Blaze! 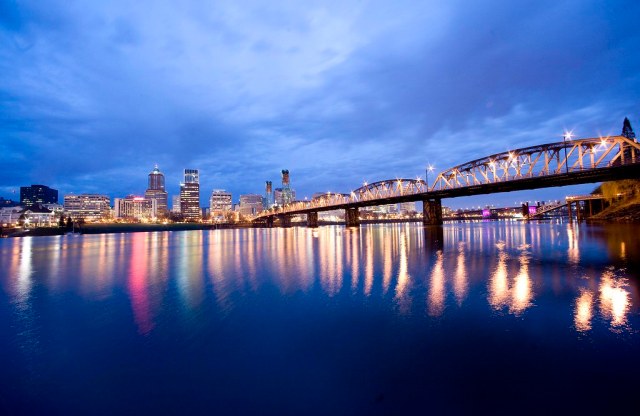 Portland's well-earned nickname, Bridge City, comes from its 14 bridges. Some might say, the most beautiful bridges in the country reside here. Think St. John's Bridge. The newest bridge is the Tilikum commuter Bridge. Try this name on for size instead of the more traditional, Bridget.

A main street that runs through SE Portland (formerly SE 39th) was named after civil rights and labor activist Cesar Chavez who co-founded the National Farm Workers in 1962. He inspired the small but growing Latino community in Oregon in the 1960's and 70's and reminds us that there are people behind the produce with buy.

If you love historic homes, then you'll love the iconic Portland Davis Block. Located in North Portland it's listed on the National Register of Historic places. It's a wonderful area to stroll through and its name is perfect for your new little Portlander.

Our fair city is known for being super artsy. It's no surprise that it has it's very own art-centered middle school named after one of the most famous artists. Located in the beautiful Kerns neighborhood, Da Vinci Middle School helps keep Portland artsy and eccentric! 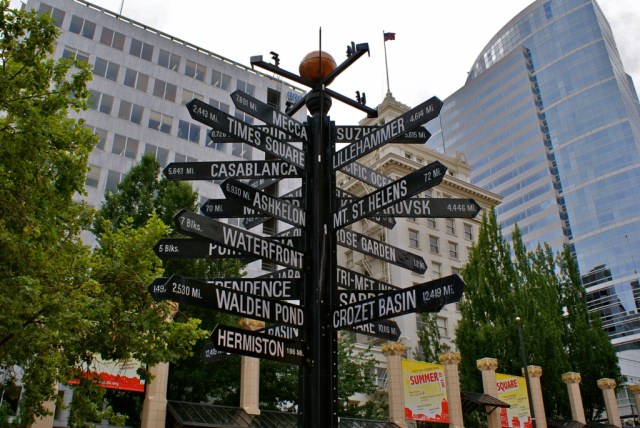 There's a street and plenty of businesses that go by this upstanding name. It's super popular in Portland because of the beloved Colonel Edward Everett, commander of the 3rd Oregon infantry regiment. It's perfect for your upstanding little girl or boy.

Portlanders are pretty proud of the area's Forest Park. This green space is the biggest urban forest in the nation. Located right in the heart of the city, you'll love taking your babe on long hikes through the miles of tree-lined trails in the park.

Did you know that Portland's name was decided by coin toss? Francis Pettygrove was the winner of that fateful toss and because he was borne in Maine, he decided Portland was the perfect name for the new Oregon city. His name is also perfect for a her or a they/them.

The jaw dropping Franklin High School was recently given a bit of a face lift. And if it had miraculously gone un-noticed before, it is certainly a sight to see for all local families. Named after Ben Franklin, this standout building is easily considered a local landmark.

Portland's beloved Jantzen Beach was a popular amusement park in the 1920's. In fact, it was the largest in the nation at the time. The park was named after its investor Carl Jantzen of Jantzen Swimsuit. By the 50's it was shut down, but the area is still lovely and the name has stuck and is well known to locals.

If you live in Portland with small kids, you'll eventually end up at the lovely Laruelhurst Park in SE Portland. Here you will find a beautiful walking path around a pond and a play area with swings and a baseball/soccer court. This park lies right off of the beautiful Laurelhurst neighborhood where one of Portland's iconic landmarks, the Joan of Arc Statue, stands guard

The Pearl District is one of Portland's most popular neighborhoods. It's home to the iconic Powell Book (another name idea) and Crystal Ballroom. The area was once called the Northwest Industrial Triangle. Then in the 80's Thomas Augustine, a local gallery owner, renamed it and said he chose the name because the neighborhood's artists, toiling away in old, crusty buildings, were like pearls inside oysters.

A perfect name for your little book lover. The famous, ginormous bookstore is practically synonymous with Portland. Even if you don't choose this name for your babe, chances are, you'll spend time perusing the isles of this shop with your little one at some point 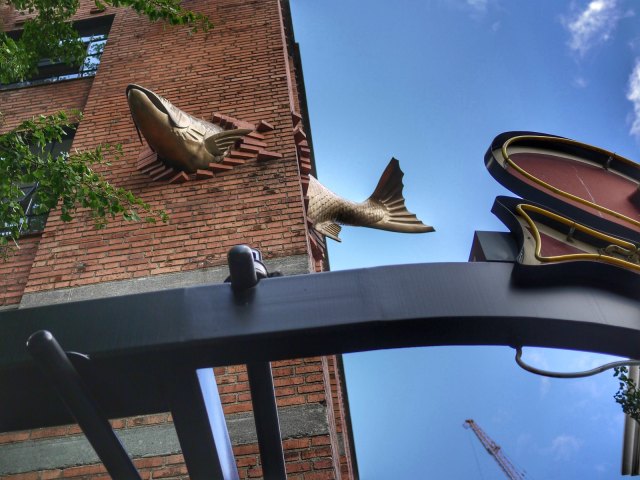 It only takes one hike up Rocky Butte to see why Rocky made our list for awesome baby names. There's plenty of room for kiddos to run at the top while parents relax and take in the sweeping panoramic views with Mt. Hood floating in the distance. Once your babe is born, you'll come back to this spot again and again.

A classic girl name, Portland became known as the Rose City after the Portland Rose Society planted 20 miles of roses along Portland streets before the 1905 Lewis and Clark Centennial Expo. Soon after, Portland established a festival of roses.

As much as Portlanders love their basket ball, they root hard for their favorite soccer team: the Portland Timbers. And while that may be the first thing that comes to mind when considering the name Timber, you can't forget that the Rose City, was once a timber town.

Built on the beautiful Willamette River, we couldn't leave this name out as a strong Potential for a him, her or they. Sure, it's not common...or even on anyone's radar yet. But hey, we all have to do our part in keeping Portland weird. And our fine city is the perfect place to raise a little Willamette or two.

Explore: The Pearl District in Portland

100 Things to Do with Kids in Portland