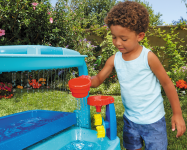 There’s an ancient activity that can tap into your kids’ Neanderthal skill set, provide some useful knowledge and yield some nutritional dishes. Humans have been foraging for wild plants since the dawn of our species, and while modern living has removed many of us from the practice, the good news is that Portlanders are blessed with a terrain and climate that produces an abundance of wild edibles year-round as well as a passionate and committed community of knowledgeable foragers eager to guide us. Local herbalist and entrepreneur Karina Brown of Astralux helped us put together this beginner’s guide to urban foraging with children. Read on for tips and tricks from the pros. 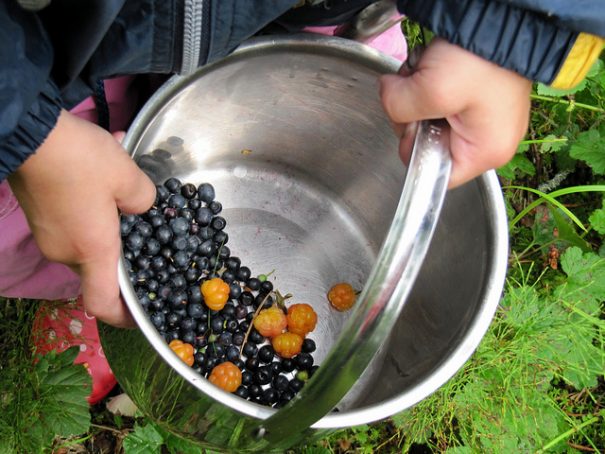 Before You Go
Foraging as a family can help us find the secret wild spaces in our city and reconnect us and our tiny tribe with the earth and its calming patterns and pace. Parents might be surprised at how well their normally jet-propelled screen junkies can settle in and focus when diving into the task of picking (and mostly eating) row after row of blackberries.

It’s understandable that safety is the first thought of many parents when contemplating their first foraging trip, but the experts tell us that as long as everyone in the family follows the “golden rule” of foraging, it should be approached with excitement and encouragement rather than fear. The rule is: never eat any wild plant unless you’re 100 percent sure that you know what it is. Beginners are also encouraged to verify every wild plant with a more experienced forager and kids should only forage with adults when starting out.

Unless you plan to stick to only foraging a handful of very easy to identify wild plants, it’s a very good idea to get a field guide or two that you can bring along on your expeditions. There are many options, but one recommended book, Edible Wild Plants, Wild Foods from Dirt to Plate, comes from Portland botanist John Kallas who has been researching wild edibles since 1970. Kallas also runs a website dedicated to wild food and offers regular classes and field trips.

Finding Quality Spots
If you have a yard, it’s a great place to start your family foraging practice, and you might be surprised to discover wild edibles that have been right under your nose. When sourcing other spots in your neighborhood or beyond, keep in mind a few basic rules about etiquette as well as pesticides and other contaminants.

Now, for those excited about finding new foraging grounds, rather than trying to name all the wild thickets and publicly accessible fruit trees in Portland, we’d direct newbies to a very cool web-based, nonprofit project called Falling Fruit, a crowd-sourced, interactive map of foraging locations worldwide.

There are currently over 13,000 sites listed in the greater Portland area. Live near Fernhill park in Northeast? The site describes the location of two enormous chestnut trees there. Heading to Forest Park? How about a stop off at the apple, cherry or one of several pear trees on public property along NW Thurman Street? There are likely hundreds of options within a few miles of where you live.

What’s In Season?
The growing cycle of plants generally dictates the type of harvest that’s available in each season. In early spring, with all the energy focused on new growth and heading toward the sun, the harvest will be leafy greens, from dandelion leaves to chickweed and nettles (for the well-gloved). Summer is berry time, with raspberries leading the way and yielding to wild strawberry, blackberry, huckleberry, salal, salmonberry and thimbleberry, to name a few.

Fall will often offer a second helping of greens or the edible seed pods they’ve helped produce, as well as early edible roots, many nut trees (if squirrels don’t beat you to them), larger fruiting bodies of pears and apples, and mushrooms. In winter, as leaves and seeds fall, plants return their energy to their roots, when savvy foragers can dig for wild onion, wapato and cat tail among other edible and medicinal roots.

With so many options, it can be overwhelming for beginning foragers, so (in addition to the blackberries that are blowing up) here are four common and easy-to-identify wild edibles that are either ready for the picking right now, as well as a few ideas on preparation: 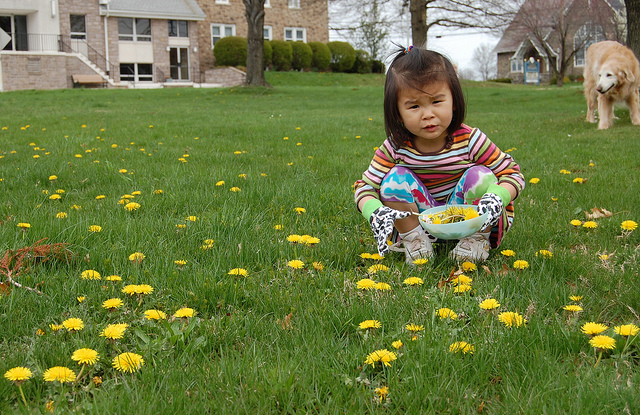 Dandelion (Taraxacum) – Let’s begin with a classic, and one that almost every kid knows. From its floating seeds to its weird, milky sap and oh-so-pop-able flower head, everything about the dandelion seems designed just for kids, but it also happens to have some impressive nutritional properties. One cup of raw dandelion greens contains 535% of the recommended daily intake of vitamin K and 112% of vitamin A. While some folks battle it out with dandelions in their yards, why not turn the invasion into an opportunity to get your wee foragers started? Dandelion does have a prolific mimic, catsear (Hypochaeris), that is considered edible but much less appealing in our opinion. To distinguish between the two, note that dandelions have hairless leaves and are always limited to one flower per stem, while catsear is hairy with multiple flowers per stem.

Preparation: Though some varieties are less bitter and suitable for use raw in salads, if you’re aiming for kid consumption, one of our favorite preparations is to saute tender, early leaves with butter, bacon, a splash of balsamic vinegar and a dash of maple syrup/honey. The flowers can be used to make tasty wine, though make sure to only use the yellow flowering parts. 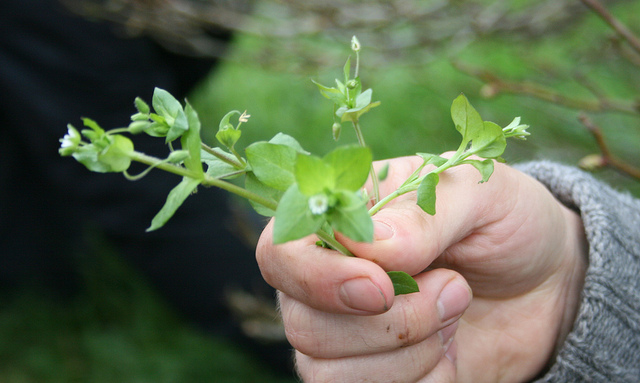 Chickweed (Stellaria media) – a small, white flowering annual plant that’s two to five inches tall and almost always an early visitor to Portland gardens. It’s lush and bright green with star-shaped flowers, and the seed pods that develop later are fun for kids because they launch spring-shaped seeds when touched. Distinguish common chickweed from any look-alikes by finding a single line of hairs running vertically up the stalk in a spiral. The tops of this plant can be trimmed and it will continually grow.

Preparation: The flowers and leaves are great to eat raw and make a unique garnish or addition to salads. 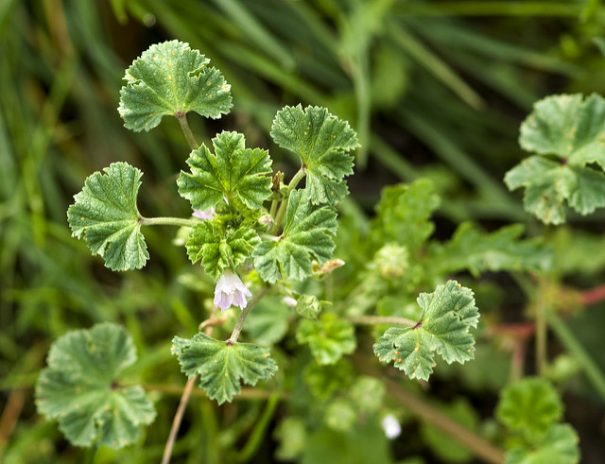 Common Mallow / Cheeseplant (Malva neglecta) – A summer and winter annual or biennial with a deep tap root, hairy, kidney shaped leaves, low spreading stems growing four to 20-inches high, and five-petal flowers that range from white to pink or lilac. The fruits are round and look like a small wrapped wheel of cheese. All parts of the plant are edible, although the fruit is the easiest to prepare and probably the most palatable for beginners.

Preparation: The leaves can be eaten raw but the hair can be a put-off for some. It can be a neat party trick to add the flowers or cheese-shaped fruit to salads and the fruit makes a good substitute for capers. Leaves are a good thickener and have been used well in gumbo recipes. If you want to go next level, the mallow roots can be cooked, releasing a thick fluid when boiled that can be beaten to make a meringue or substitute for egg whites. 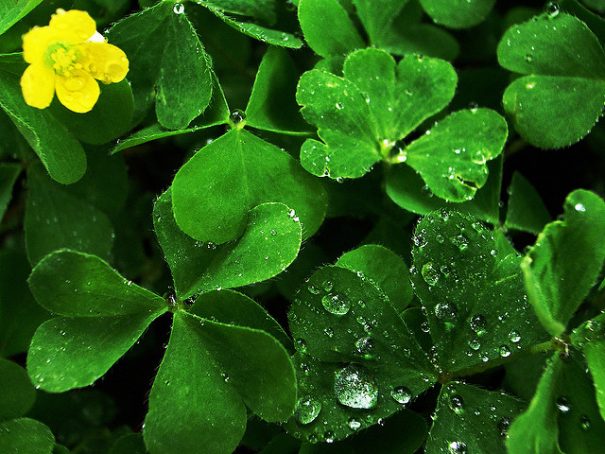 Sorrel (Oxalis stricta) – The leaves look just like clover shamrocks though they’re often larger, and is also distinguished by its yellow flowers and height up to 15 inches. While this one shouldn’t be consumed in large quantities because too much oxalic acid can inhibit calcium absorption, you’d probably have to force yourself to do that anyway due to the sour taste. It is loaded with vitamin C, prevalent on most nature hikes in the area and has thirst-quenching properties.

Preparation: The leaves, flowers and immature green seed pods are all edible (and sour) and are well-used as a garnish, soup/sauce ingredient or as a similar drink to lemonade when sweetened with honey or maple syrup.

Do you have some family foraging experiences, tips or spots you’d like to share? Let us know in the comments below!