When Erin Gleeson, Woodside-based author of the the New York Times bestselling cookbook “The Forest Feast,” was expecting her first baby she decided to write a new version of her rustic vegetarian anthology and fill it with simple, wholesome recipes just for littles. That new cookbook “The Forest Feast for Kids,” (Abrams, $19.95) includes kid-freindly favorites from original book as well as 20 brand new dishes. We introduce you to this awesome Bay Area mom and give you a taste of her delicious new book right here. 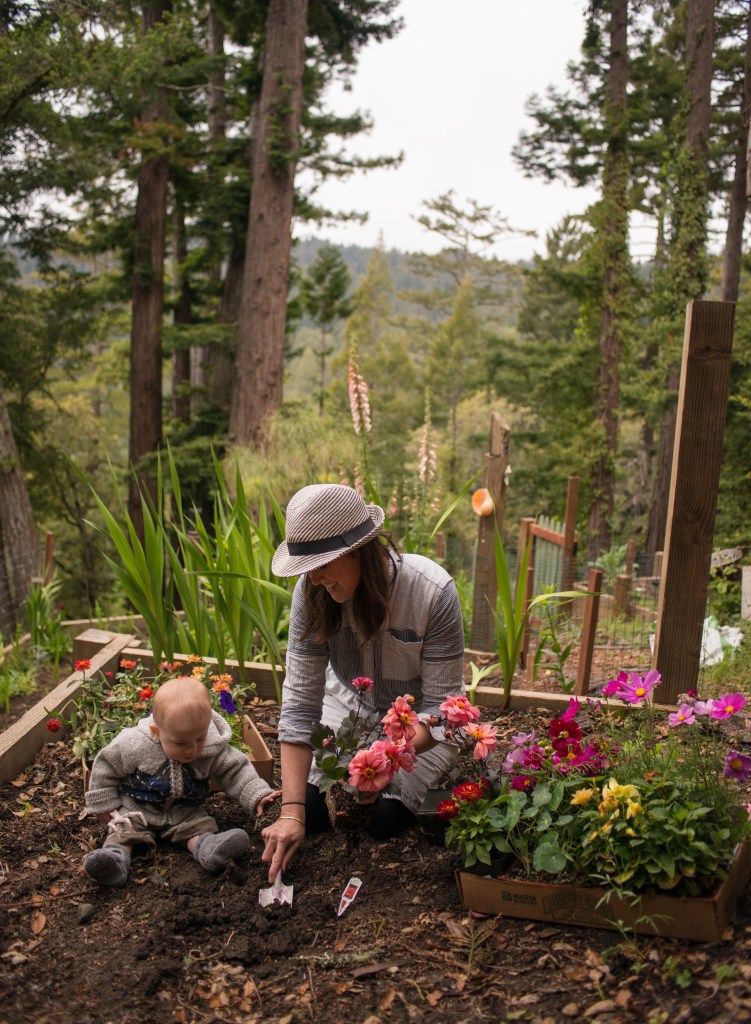 A Cabin in the Woods
Gleeson (whose son Ezra turns two in August) pens, photographs, hand letters and uses watercolors to illustrate her blog, The Forest Feast. She was working as a food photographer in New York but returned to California in 2011 when her husband Jonathan, a rabbi, accepted a job on the Peninsula. They settled into a secluded cabin in Woodside complete with knotty pine walls and a deck perched over and hugged by a forest. Understandably, the cabin (paired with her weekly CSA basket) became the inspiration and the backdrop for her blog and subsequent cookbooks.

Raised as a vegetarian on an apple orchard in Sebastopol, Gleeson says her rural upbringing is likely what inspired her to find digs off the beaten path when she returned to California. “Moving from Brooklyn to this cabin was a complete 180, but it felt familiar to me,” she says. “Perhaps it brought me back to my roots in a way.” 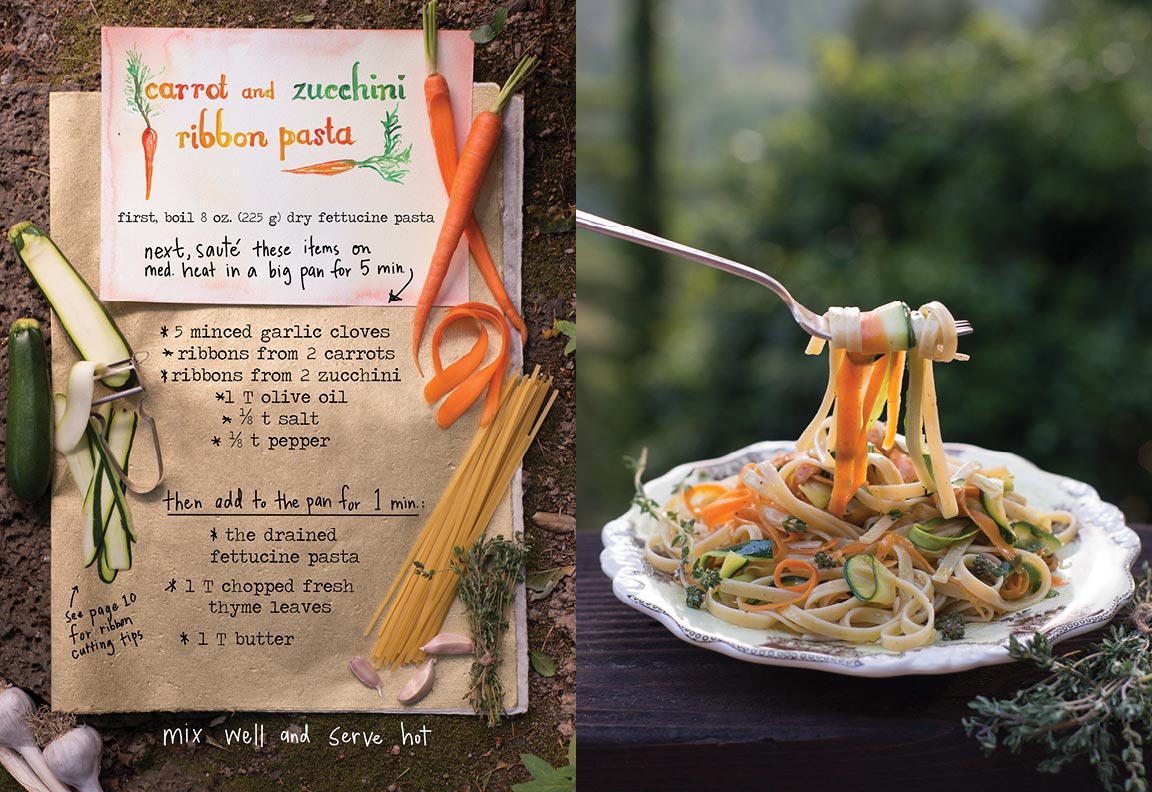 Foodie Gatherings for Kids
Gleeson, whose own deck is the habitual landing spot for gatherings with friends, shares tips in her children’s cookbook for kid-friendly spreads, too. Her how-tos include a grilled cheese fete complete with ideas for all the fixings from breads and spreads (pesto, hummus and apricot jam) to cheese (fresh mozzarella and smoked gouda) and fillings (fresh basil and apples). The fruity ice cream sandwich bar lists tips for cookies to pair with fillings from coconut to dried cherries and peanut butter to ice creams like pistachio and raspberry and mango sorbets.

She prefaces it all with some guides that can be super helpful to a first-time cook. This section starts with an illustrated guide to sorting out measurements and prep (like what veggies must be peeled and which are optional) as well as a glossary with terms explaining boil, to broil, fork tender to dice and garnish. Also covered are various kitchen tools from the food processor to the colander and spiralizer. Last, she goes over cutting techniques like how to slice kale or cut basil into perfectly thin strips and how to pop cloves from a bulb of garlic. 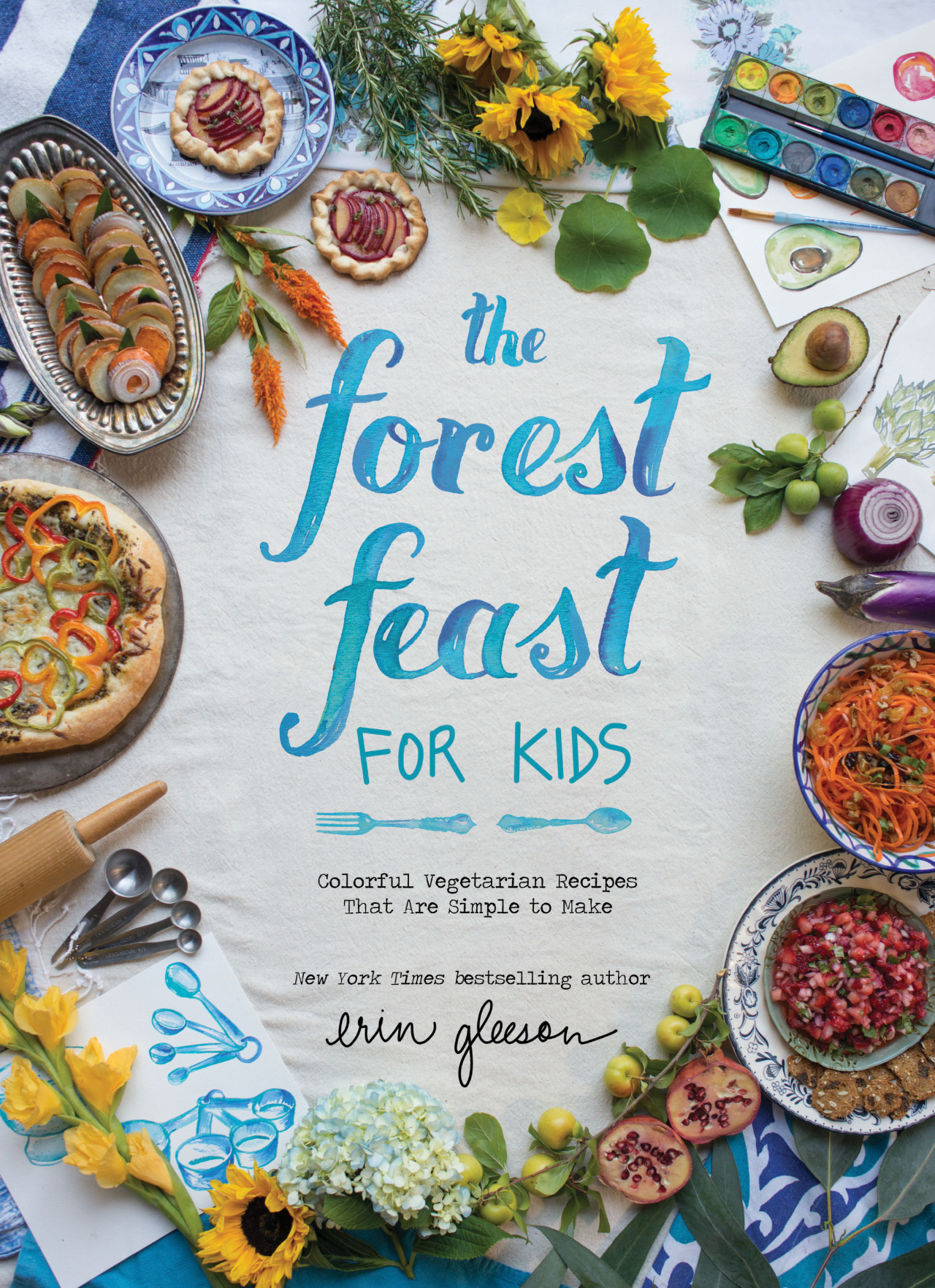 Keeping it Simple
By nature of the fruits and vegetables she sources at her local Portola Valley Farmers Market, Gleeson’s book is bright and colorful and, cooking alongside a group of kids, punctuates her food philosophy. “I aim for meals that are simple, colorful and plant-based, and I am interested in creating community through food,” she says. All of the illustrations in the book are painted by her in an adjacent studio and the photographs are taken throughout their cabin on collections of vintage plates and linens, glasses and platters that she finds at local flea markets. 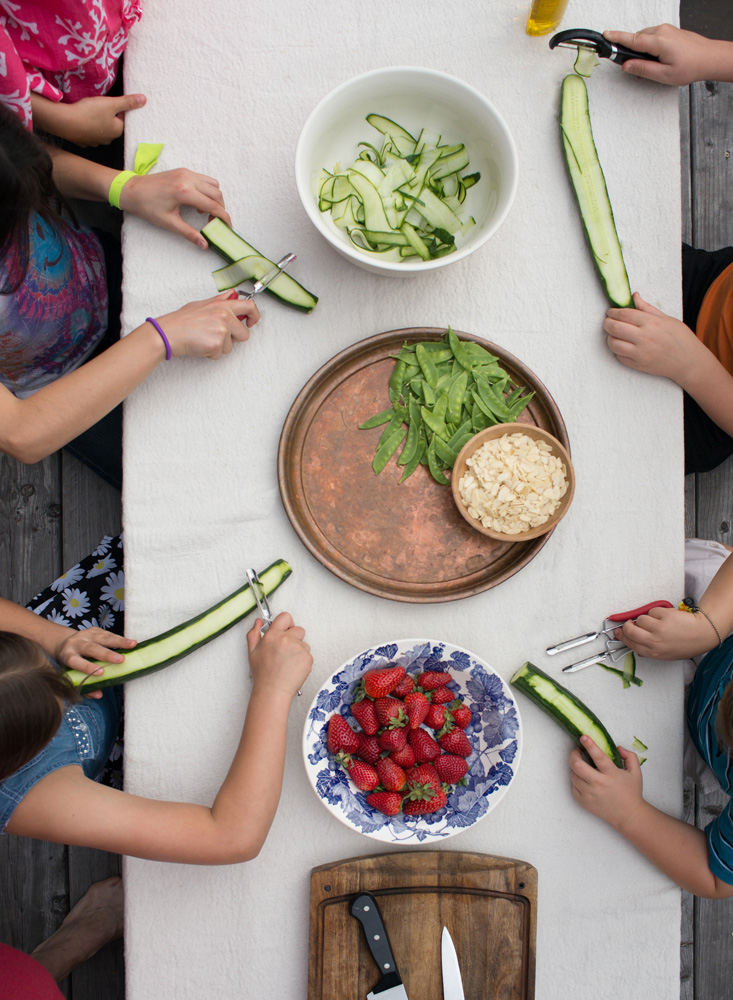 Springtime Favorites
So far this spring, Gleeson and Ezra planted bunches of nasturtiums in little pots on their desk so that they can pick edible flowers to add to their summer salads. And she’s already putting her favorite spring vegetable to use. “I think of asparagus as ‘the’ spring vegetable,” she says. “This asparagus tart recipe is probably the one recipe more than any other that people tell me they have made from my first book.” 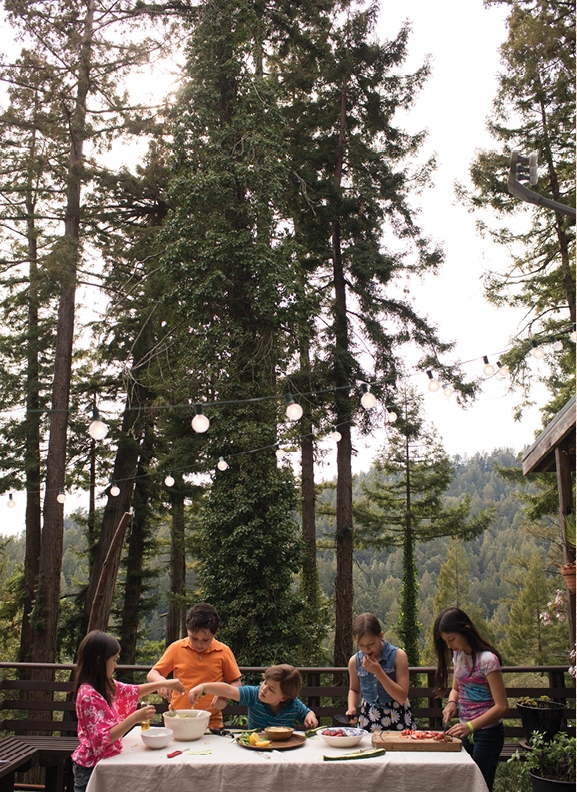 Words of Wisdom
Finally, Gleeson also offers some good words of wisdom to beginning cooks and really anyone following a recipe: “The good thing about cooking is that things don’t have to be perfect or exact,” she writes. “There is room for creativity. If you don’t have one of the ingredients, I encourage you to improvise and try substituting something else.”

Which one of Erin’s recipes do you think your kids will like best? Tell us in the comments below!