Spontaneous city adventures are always a hit with kids. So why not pair an impromptu day out with a history lesson? If you’re looking for a hands-on way to celebrate Black History Month with kids in Seattle, you’ll find it at these local museums, theaters, monuments and playgrounds. We’ve got the spots, you make it count. 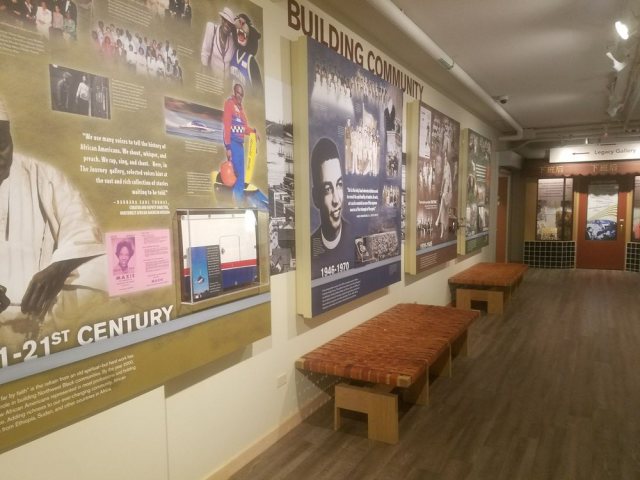 25 years in the making, NAAM opened its doors to the public in 2008. Since then, its staff has educated visitors on the experiences of African Americans in the Northwest through art, music, craft, literature and history exhibits. Even the building itself—the former Colman School—is an important landmark. It was the first Seattle school to admit Black students. Before the museum came to be, the Colman School was occupied by community activists, who ran a makeshift museum on the property, for eight years.

Good to know: Although the museum remains closed, families can stay connected to NAAM through a monthly virtual storytime, virtual exhibits and community programs like the recent MLK Day celebration. 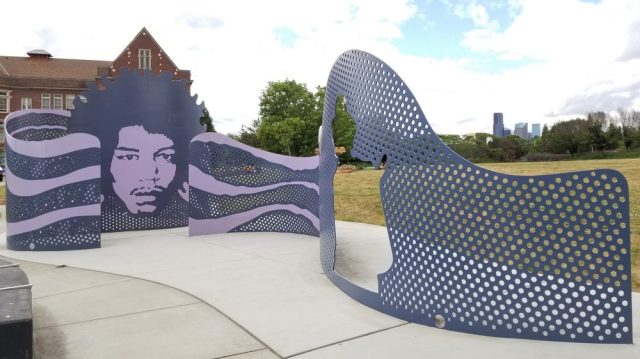 Just outside NAAM, families will find Jimi Hendrix Park, a wide-open space that includes grassy fields, paved pathways and art that honors the groundbreaking, Seattle-born musician. While the park is a great spot to spy Hendrix lyrics and enjoy a picnic, families should head to MoPOP to get the full story on Jimi and other important African American musicians with ties to Seattle. 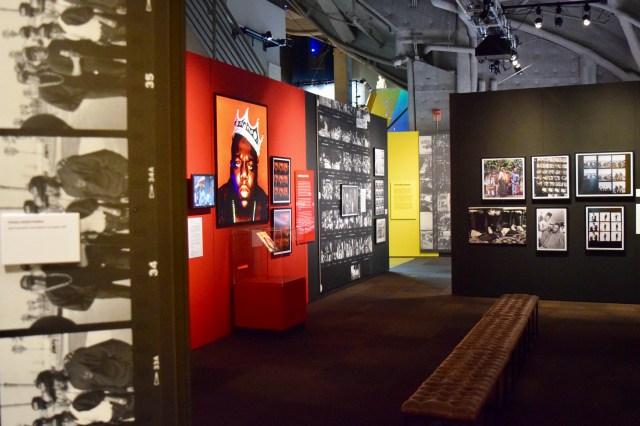 Speaking of important Black artists, you’ll see Salt-N-Pepa, Tupac, Queen Latifah and other musicians that both defined and created the Hip Hop genre at MoPOP’s latest exhibit, Contact High. Immerse yourself in over 170 intimate images chronicling a music revolution that started in the ‘70s and continues to push boundaries today. Race relations, fashion, politics and culture are all part of the movement. You’ll need tickets to see this fantastic exhibit on display through March 2023. 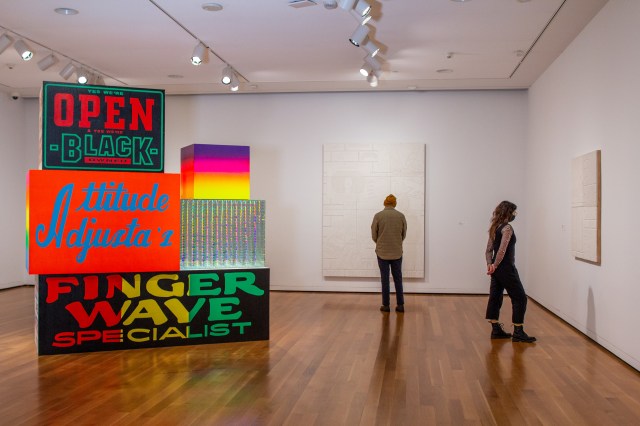 While families can always find intriguing artwork by Black artists at the Seattle Art Museum, there's a new opening that should be on your list to see this month. LA-based artist, Lauren Halsey's solo exhibition just opened at the museum in early February, and it will be on display through July. Winner of the 2021 Gwendolyn Knight and Jacob Lawrence Prize, Halsey works to "address gentrification and disenfranchisement and celebrate Black culture" through her vibrant installations and sculptures. Pro tip: Free First Thursday is a great time to take the kids to see this exhibit.

The Black & Tan Collection at MOHAI

MOHAI is where you'll find this collection of oil paintings that highlight and honor the black musicians that influenced Seattle's early jazz scene. And there's a small window to see the show; it's only here February 19-21. After you take in the art and learn about the scene, bring the kids to King Street Station for a self-guided Green Book walking tour where the fam can learn about some of Seattle's vibrant Black-owned and Black-friendly businesses (including the Black & Tan Club) that operated in the area over a 40 year period. 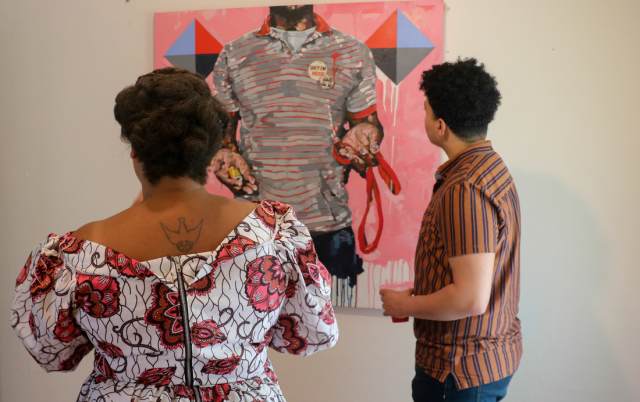 Wa Na Wari, or “our home,” opened its doors in 2019 as a hub for Black art and culture in the Central District. It's a place for community members and families to enjoy art exhibits, concerts, film screenings and more. The home it’s housed in has been owned by the same family for five generations, and turning it into an artists’ space has allowed the property to remain Black-owned amid Seattle’s rising housing costs. Visitors can stop by to see the current art exhibits at the house Fridays through Sundays without an appointment. Please remember to review the community agreements before exploring the space.

The next time you’re in Capitol Hill, stop by Seattle’s first Black church—First African Methodist Episcopal Church (FAME). The church was established in 1886, and churchgoers held Sunday School at various members’ homes. It was designated a Seattle Landmark in 1984. 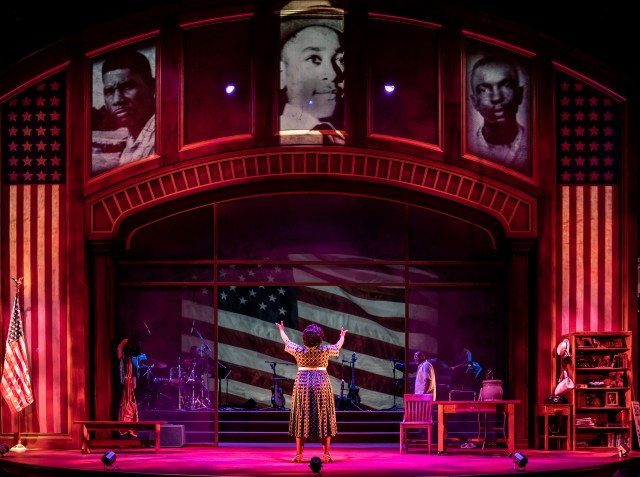 Fannie: The Music and Life of Fannie Lou Hamer

A play for older kids and parents (or maybe a date night?), Fannie: The Music and Life of Fannie Lou Hamer chronicles the life of a passionate American civil rights activist and hero—Fannie Lou Hamer. The story starts with her humble beginnings as the daughter of a Mississippi sharecropper and follows Fannie to co-founding the Mississippi Freedom Democratic Party and demanding recognition at the National Democratic Convention. It's a story of justice that will make audiences applaud. 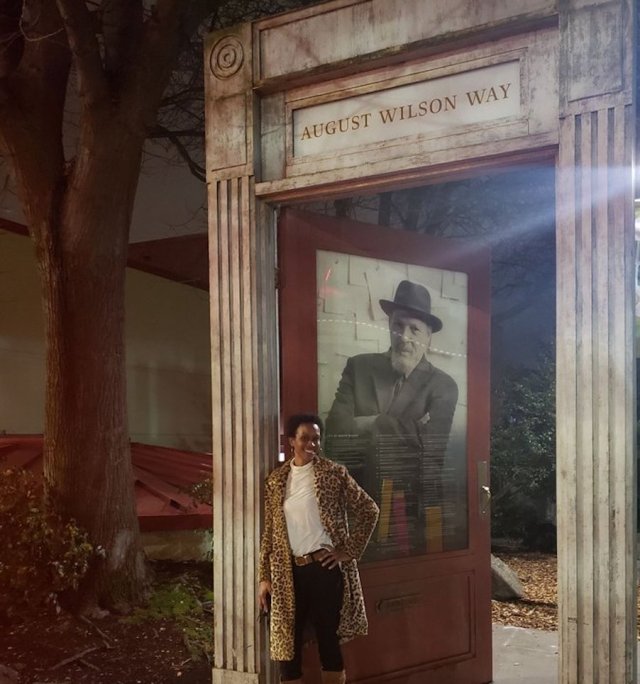 After seeing Fannie, check out the August Wilson Way Portal, tucked in behind the Rep. The 12-foot high arch and red door pay tribute to the playwright, who lived out his final years in the Emerald City. Wilson staged many of his well-known plays, that chronicle the experiences of African Americans in each decade of the 20th century, at the Rep.

Also at Seattle Center is the Buffalo Soldiers exhibit—on the second floor of the Armory (above the Bubble Tea shop). The timeline and photos on display tell the story of Black soldiers, part of a segregated army, stationed at Fort Lawson with the 25th infantry during WWI and WWII. The timeline illustrates the meaningful contributions the Buffalo Soldiers (and others) made to Seattle's evolution. It'll be on display through the end of this month. 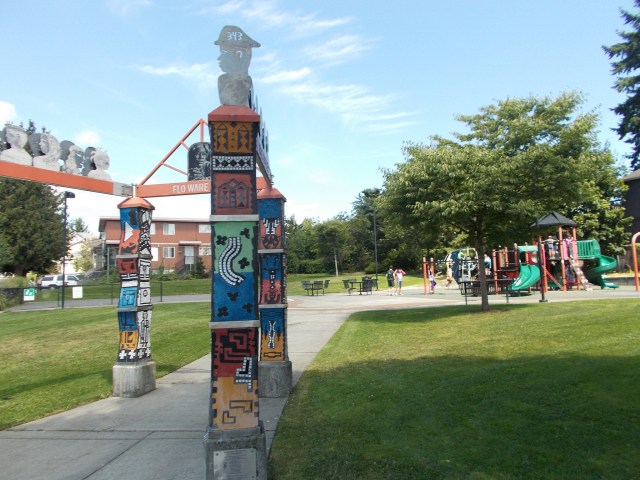 You might not pay attention to the names of the city parks and playgrounds you frequent, but now is a good time to add a brief history lesson to your play time at one of several parks that honor African Americans who called Seattle home. Some of our faves are Alice Ball Park, named after Seattle-born chemist, Alice Ball, who developed a treatment for leprosy. Families can also head to Flo Ware Park (pictured), named after this community activist who fought for educational equity and organized Seattleites to join the Poor People’s March in Washington, D.C. in the '60s. Or tell your kids about Dr. Blache Lavizzo, the first African American pediatrician in Washington state and Medical Director of Odessa Brown Children’s Clinic. She started her practice in Seattle in 1956 and has a water feature and small park named after her. 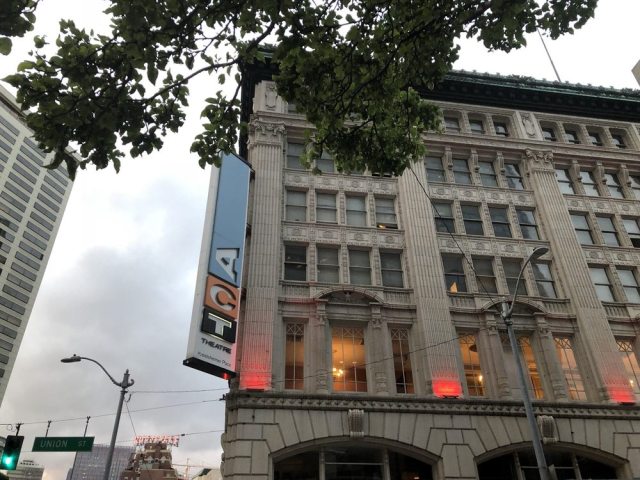 If you’ve been to the ACT Theatre, you’ve visited the Eagles Auditorium and possibly not known it. Back in the day, Eagles Auditorium was one of the few places Martin Luther King spoke on his one and only trip to Seattle in November, 1961. Today, the building is known as Kreielsheimer Place, and it houses, in addition to apartments, the ACT’s five performance spaces on its ground floor. The next time you're there, look for the bust of Dr. King (outside the Allen Theatre) that commemorates his visit. 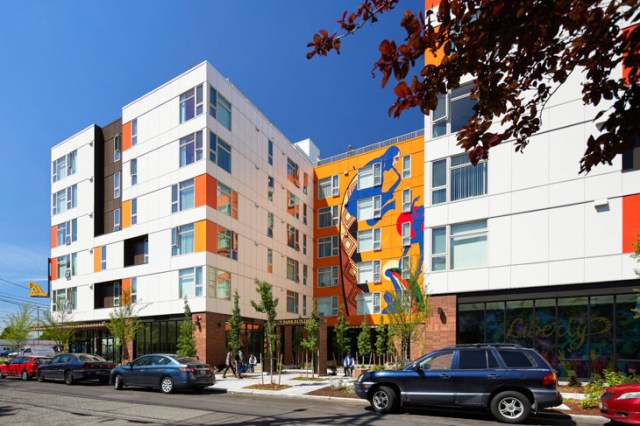 Pick up dinner from Communion in the Liberty Bank Building and learn about the first Black-owned bank in Seattle. The Liberty Bank opened in 1968 on 24th Ave. & E. Union Street. It was an important resource for African Americans who were denied loans from Seattle’s mainstream banks that followed redlining practices. The courtyard plaque can fill you in on the whole story.