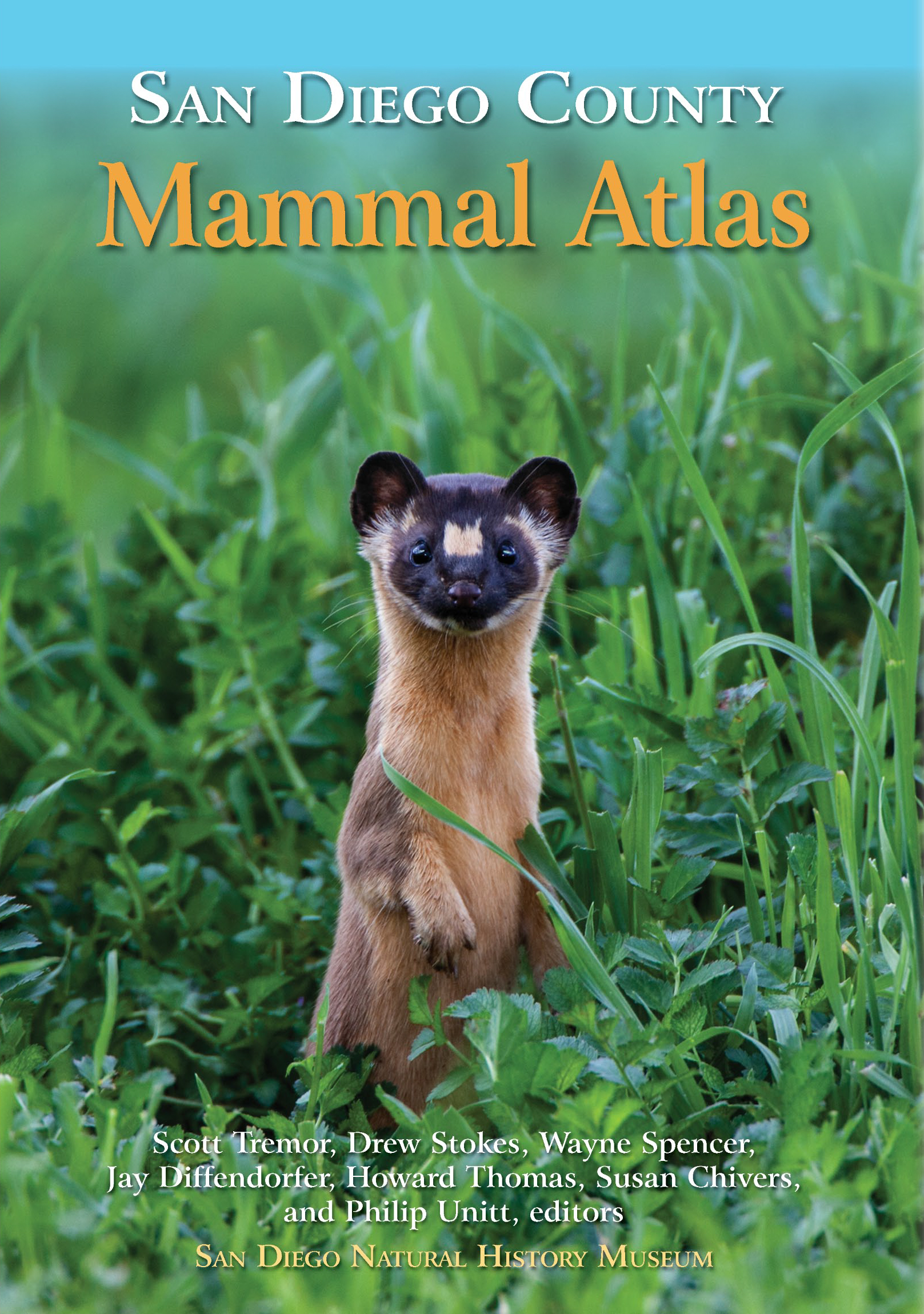 The San Diego County Mammal Atlas is about to hit store shelves! This wonderful, educational resource and definitive guide to the mammals of San Diego County features in-depth info about the critters who call our city home. Looking for something unique and off the beaten path to do with your little animal aficionados? Thanks to tips from our friends at the San Diego Natural History Museum and authors of the Atlas, we’ve got the top spots for local mammal sightings. Read on for where they suggest you plan your next nature adventure and possible animal encounter with your kiddos! 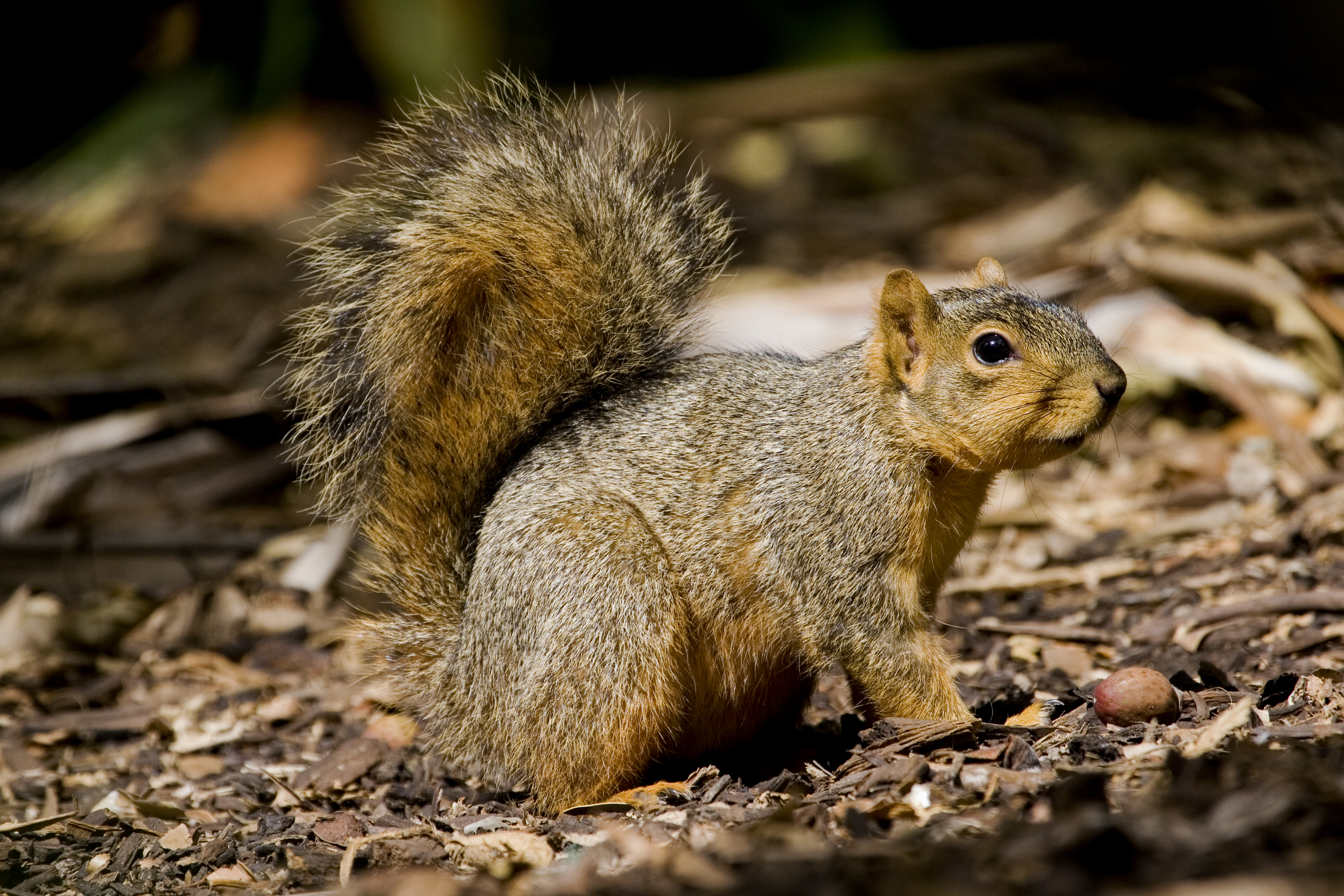 Kid-Friendly Animal Sightings: Where to Spot 5 Mammals in San Diego

Two of the authors of San Diego County Mammal Atlas, Scott Tremor and Drew Stokes, sat down with Red Tricycle to tell families where they can go to spot 5 mammals in San Diego County, as well as several fun and interesting facts about each animal. Read on for the details provided by Tremor & Stokes.

1. The fox squirrel in Balboa Park. The fox squirrel (above) is an arboreal squirrel that was introduced to San Diego and other parts of southern California. First brought to Balboa Park in the 1920’s, the species resided here solely until recently. In the early 20’s the species started to expand into the neighborhoods surrounding Balboa Park and then into the San Diego River where it has now moved upriver to Santa Ysabel. Unfortunately, this species competes directly and often dominates with our native gray squirrel. This species is easily identified by its orange face and belly. 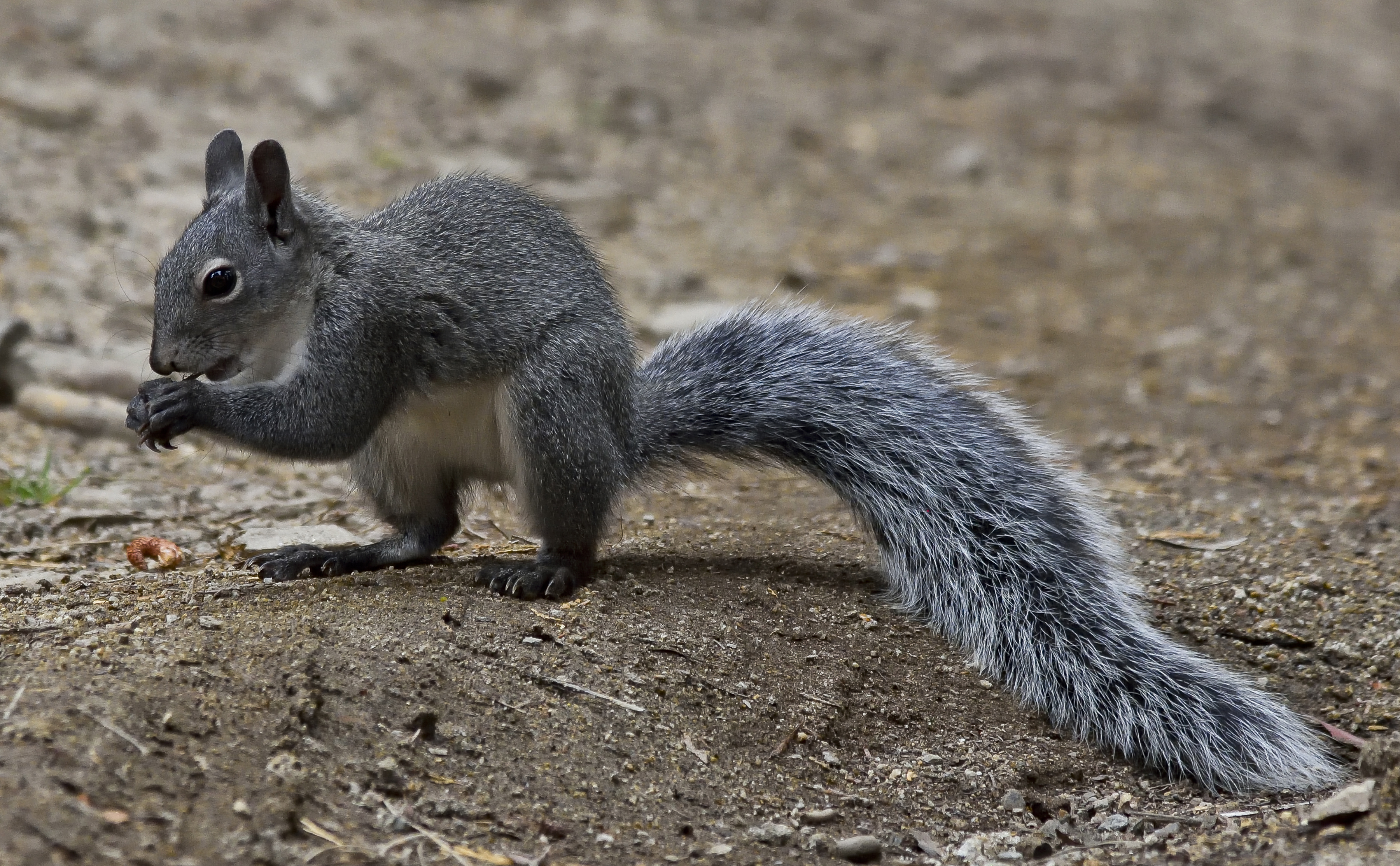 2. The gray squirrel in Julian and Mount Laguna. The gray squirrel is another arboreal squirrel that was once more widespread, especially in the foothills of San Diego County. Now found mainly in the upper elevations near Julian and Mount Laguna, this squirrel is best identified by its gray or silver coloration and very long tail. The gray squirrel is often seen foraging in the morning or late afternoon on the ground where it is either stashing or retrieving food that is hidden by burying it under the soil. The diet is mainly acorns or seeds from pine trees. With their strong jaw they are able to peel off scales to uncover the seeds. You know there is a gray squirrel around when you find a peeled pine cone. The bark of this species can be heard for long distances and can be followed where one can be watched. These very active climbers are enjoyable to watch as they move about the trees and interact with other squirrels and sometimes birds. 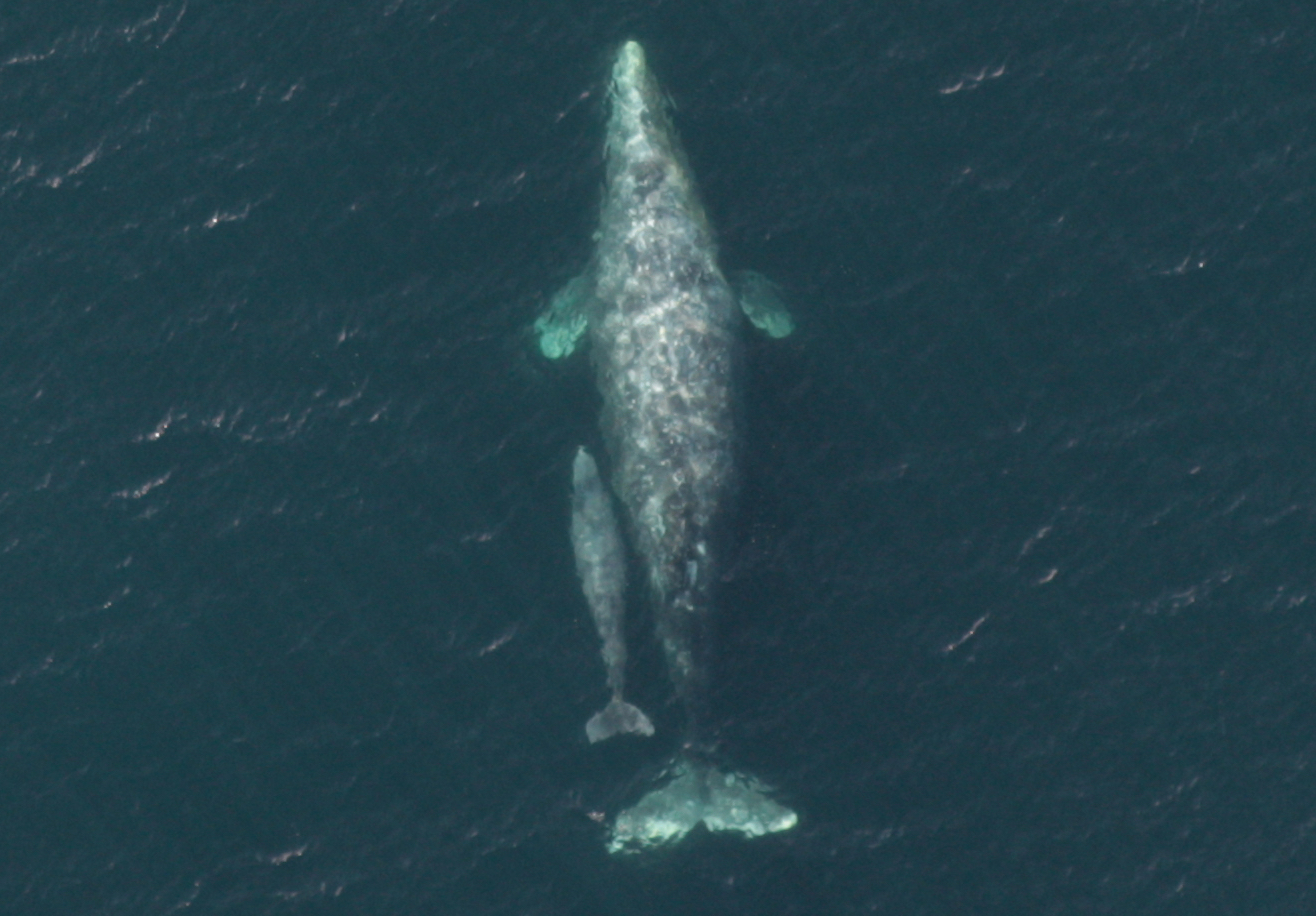 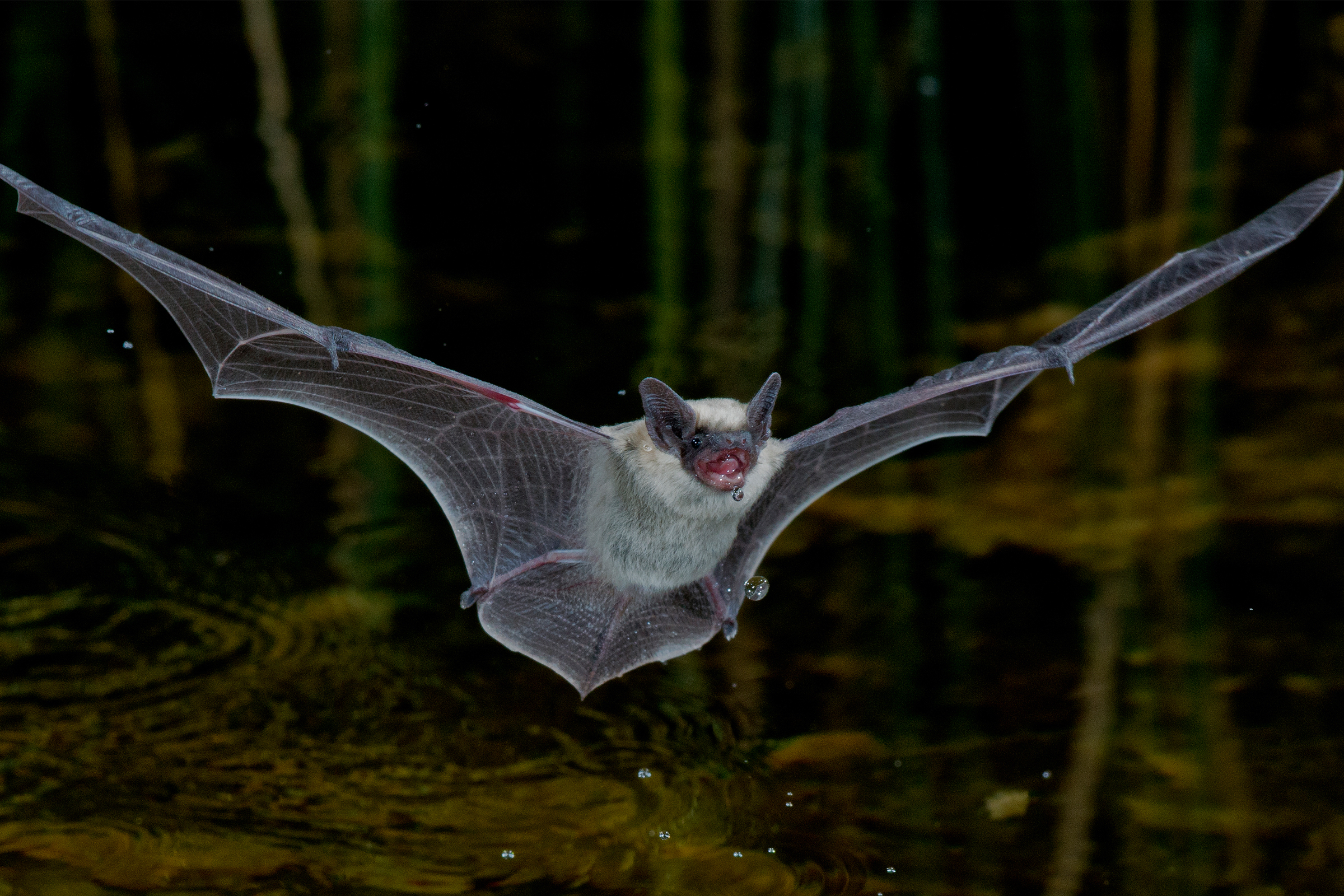 4. Bats in Mission Trails Regional Park. Bats are reclusive and do their thing mostly beyond the human senses making them generally difficult to observe without special equipment. However, if you go out to the right place at the right time you may catch glimpses of them being batty before it gets too dark. One such place is the old mission (Padre) dam in Mission Trails Regional Park. Here the San Diego River and surrounding vegetation provide good drinking and foraging opportunities for bats that are roosting in nearby exposed rocky outcrops and in tree foliage. Several species of bats forage here including the canyon bat. The canyon bat usually takes flight early in the evening and can be observed before darkness sets in.

5. The coastal subspecies of the black-tailed jackrabbit along the Silver Strand or the Tijuana Estuary. The black-tailed jackrabbit is rare in southern California. Once numerous in open areas like grasslands, this rabbit is both a browser and grazer. Unfortunately, much of this habitat has been converted to urbanized areas. Best distinguished by very large black-tipped ears and a black tail, these rabbits can also be found near the two other local rabbits. The desert cottontail is smaller but also has black-tipped ears, but has a distinctive orange nape and white cotton ball like tail. Another even smaller rabbit is the brush rabbit. This species has the same cotton ball like tail but lacks the orange nape. These last two rabbits are usually found near some type of escape cover that is often either bushes or under buildings. The black-tailed jackrabbit can been seen along the Silver Strand or the Tijuana Estuary. Look for their distinctive round feces and you know one is nearby.

Between the Pages: More About The Atlas

Throughout its 432 full-color pages which took a decade to compile, The San Diego County Mammal Atlas covers the biology of all 91 terrestrial species and 31 inshore marine visitors known to have occurred in San Diego during its recorded history since 1769. Species covered in the book, which boasts contributions by more than 45 biologists, range from the desert bighorn sheep to the abundant California ground squirrel seen in neighborhoods across the county, to the immense blue whale found along the shorelines.

San Diego County Mammal Atlas debuts Dec. 19th. It may be purchased for $49.95 in the Museum store and online here. Proceeds from sales of the Mammal Atlas will support the Museum’s Department of Birds and Mammals.

Where is your favorite place to spot animals in San Diego? Share in the comments.

All images courtesy of the San Diego Natural History Museum.