Got some pastafarians in your house? We’ve got some seriously fun and super cheap spaghetti play that will really have them using their noodles. Read on for some awesome 4 ways to make create games they’ll love. 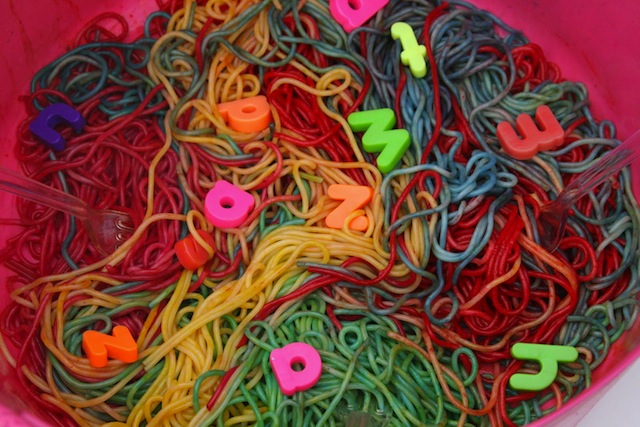 Spaghetti Race
Put two pieces of uncooked spaghetti side by side on a table (or floor). Be sure it’s a table you can either move around or that isn’t too long. Each person blows on their spaghetti noodle trying to race to the “finish line” at the other end.

Colored Spaghetti
Boil pasta as you ordinarily would, but add a few drops of food coloring to the water along with a dash of salt. The results will vary depending on how many drops (and how much spaghetti you are cooking) but you’ll end up with some pastel noodles that you can eat, or just play with.

Spaghetti Engineering
Use spaghetti noodles (dry) and marshmallows to build a structure. The marshmallows act as joints and supports. See who can build the tallest, the fanciest or the fastest structure in your crew.

Be Board
There’s some serious fun to be had when it comes to spaghetti-themed board games. We’re super fond of Yeti in My Spaghetti, a new board game that has players removing the “spaghetti” one by one without making the Yeti fall.

What’s your favorite creative play with spaghetti? Tells us in the comments below! 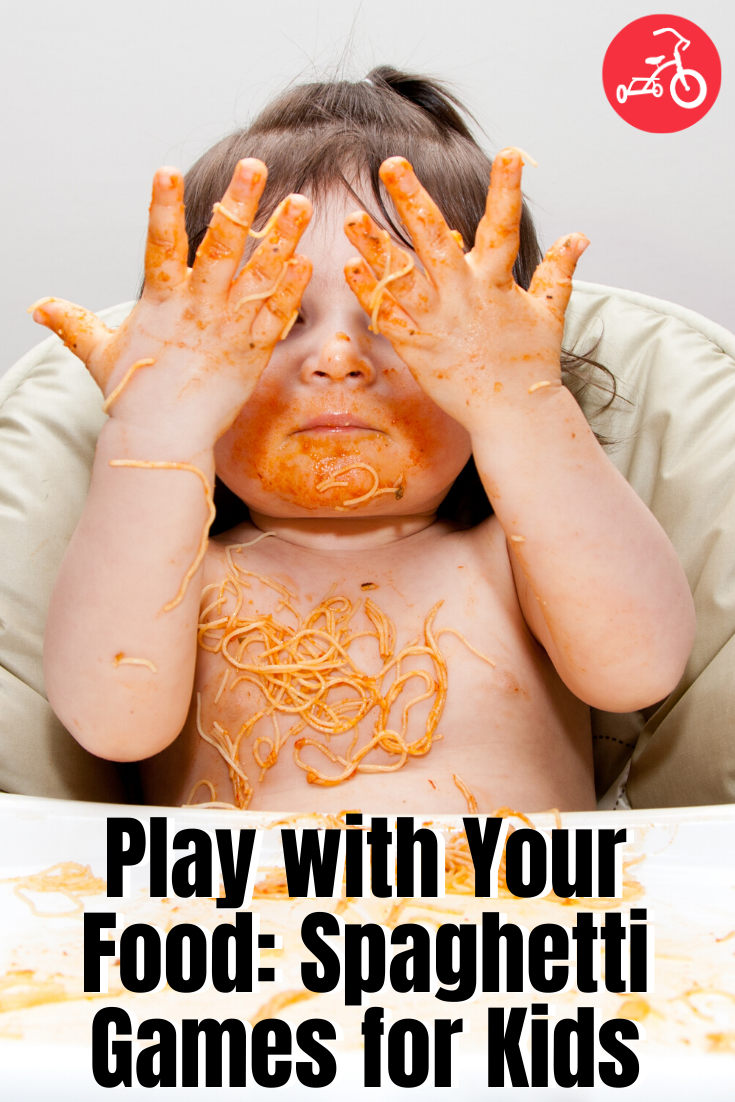