In just a few short months fans will be able to set foot in Star Wars: Galaxy’s Edge for the first time, but if you just can’t wait, Disney Parks has released some amazing new details about what you can expect to find. If you haven’t already, book that vacation now.

The Disney Parks Blog has just debuted a new series titled “Building Batuu,” giving the world a behind-the-scenes look at the new land, Star Wars: Galaxy’s Edge, leading up to its opening day in May. Batuu is the home of Black Spire Outpost, where the new Star Wars-themed land is set. The first in the series of blog posts gives fans a glimpse of some of the dining and shopping options guests will encounter in the new land. 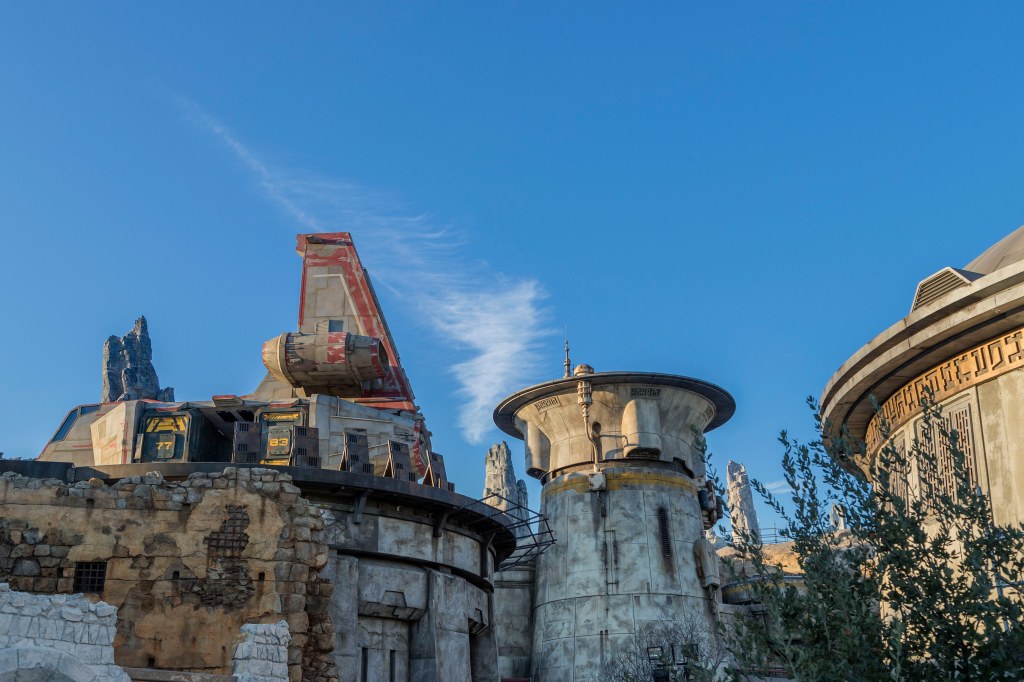 Here’s a handful of the many dining options that will be available:

Travelers can get a taste of “exotic flavors and unusual dishes” crafted by Chef Strono “Cookie” Tuggs at his traveling diner “Tuggs’ Grub.”

Sample a variety of savory meats roasted over a spit fire made out of a recycled podracing engine manned by a former smelter droid.

Grab a snack of Outpost Mix (sweet and salty popcorn snack with a hint of spice), at one of the many street market stalls. 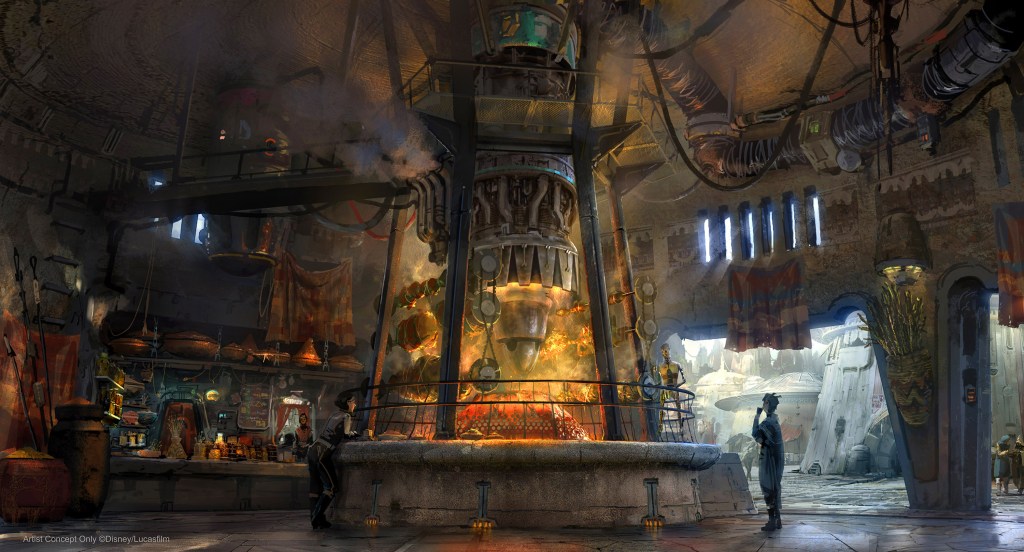 No trip to Disney Parks would be complete without bringing home a souvenir. Star Wars: Galaxy’s Edge will feature several shops and market stalls to help you find that perfect memento. The shops will include Dok-Ondar’s Den of Antiquities, where you can find rare and uniquely-valued items from across the galaxy.

There’s also Savi’s Workshop, where guests can customize and build their own unique lightsabers and learn about ways of the Jedi. And then there’s the Droid Depot, where you can choose parts and construct your own individual astromech droids. 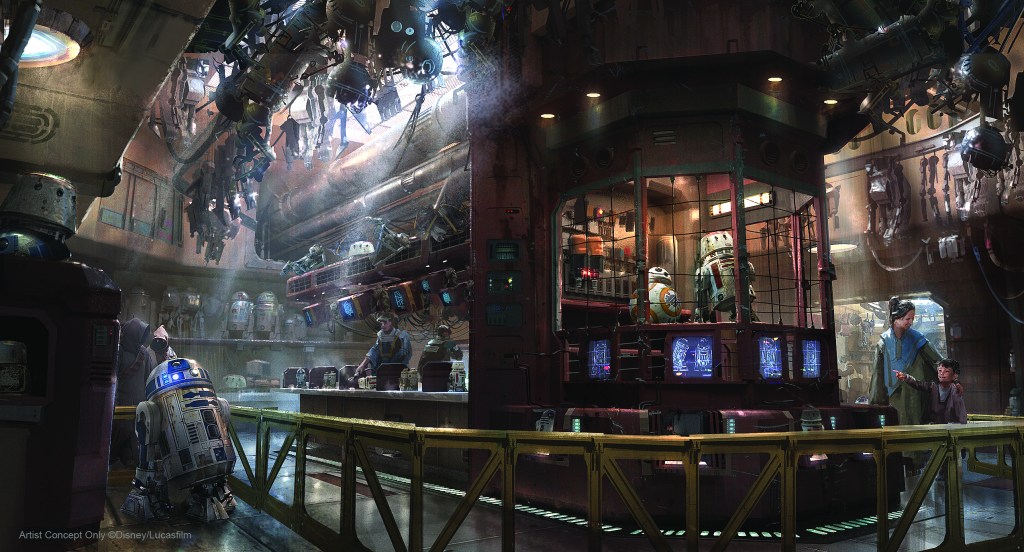 Guests can outfit their incredible adventures at the First Order Cargo and the Resistance Supply where you’ll find gear, uniforms and more. The land will also be peppered with market stalls, like Toydarian Toys, the Creature Stall and The Jewels of Bith.

Star Wars: Galaxy’s Edge will open at Anaheim’s Disneyland Resort in summer 2019 and at Walt Disney World Resort in Orlando, Florida later this year, in fall 2019.

All photos: Courtesy of Joshua Sudock for Disney Parks

Disney Releases Not One, But 3 New Videos for Star Wars Land & The Hype Is Real