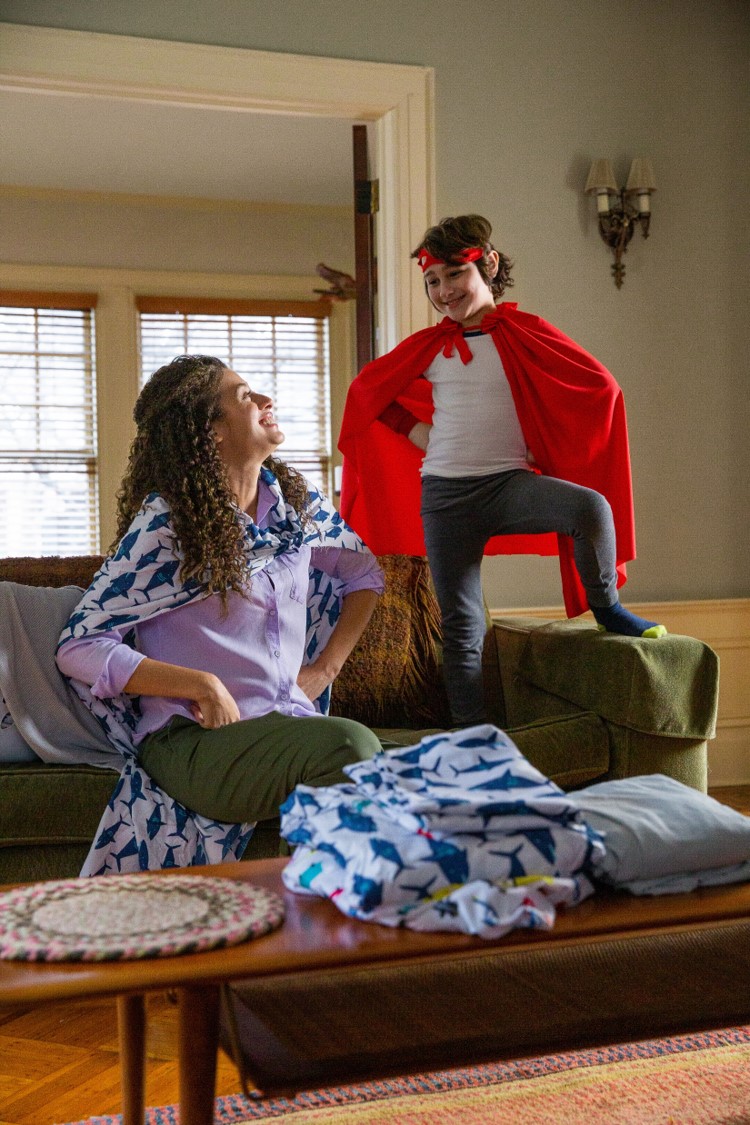 Photo: The Genius of Play

Do your children like to run around the house playing their favorite superheroes? Is it hard to get that cape or mask off your kid, especially when heading out in public or for bath time? Well it turns out kids are learning critical skills while they are pretending—and it starts with the importance of imaginative play.

According to The Genius of Play, a national movement to raise awareness and promote play’s vital role in child development, spearheaded by The Toy Association, pretend play, or role play, can help build kids’ confidence and self-perception. In addition, by emulating a character’s mannerisms and maybe even conceiving their own special traits, kids learn to “think outside of the box,” explore new and different emotions, and practice language skills to communicate to others.

“Young children, facing the challenges of learning many new skills, may often feel small, helpless, fearful, unable to accomplish what they desire, or troubled—in other words, just the opposite of superheroes. Through superhero play they can feel brave, fearless, in control of their world, outside of ordinary, and just plain good.,” said Preethi Vickram, a parenting coach, educator, and entrepreneur in Bengaluru, India, and an expert contributor to TheGeniusofPlay.org.

Whether it’s playing their favorite superhero, character, or emulating someone they look up to, here are five ways that imaginative play can further help kids as they develop:

1. It Builds Leadership Skills – Even at a young age, kids learn leadership skills through their experiences. In the example of superhero play, kids get to practice the act of asserting themselves; becoming reliable, given that having “great power” means having great responsibility and a need to “get the work done;” growing their self-confidence by donning a new persona; and developing unique insights by constructing their own story lines. As leadership becomes one of the most wanted strategic qualities across industries and professions, it is critical for parents, teachers, and mentors to assist with the development of these attributes and skills in children right from an early start, Vickram said.

2. It Fosters Language and Literacy – Pretend play can provide context and meaning as kids practice communication and literacy. The idea that a letter represents a sound is based on symbolism — a concept kids come to understand when they pretend that a cardboard box is a castle, or that a shoe is a race car. Further, kids may see the relevance in writing a sign that says, “KEEP OUT,” if they pretend they are in a top secret hideout, a secret “bat cave,” or Superhero command center. Role-play also gives children a chance to use words they’ve heard adults and other kids use, improving their vocabulary.

3. It Teaches Persistence and Focus – In what has been labeled the “Batman Effect,” according to a 2016 study published in Child Development, kids who perceive themselves as their favorite superhero or character are more likely to get through a boring or difficult task without quitting. Learning perseverance, persistence, and the ability to stay focused are skills that will be called on again and again throughout their lives – in school, in sports, and in their professional careers.

4. It Supports Healthy Emotional Development – When kids engage in pretend play, it’s their way of creating fantasy worlds, characters, and plots that match their emotional state, and serves as a natural outlet to help them express and regulate their feelings, such as fear, frustration, anger, or aggression in an environment they can control. Through role play, kids can also learn to feel compassion, such as in the superhero instance where they rescue people or beat the “bad guy.”

5. It Gets Kids Moving (Which Could Lead to … Nap Time) – Active play is critical for kids’ physical development. It helps children hone their coordination, balance, gross-motor skills (large movements like crawling and walking), and fine-motor skills (smaller movements like picking objects up). Plus, physical play helps children use up their natural stores of energy, and promotes better eating and sleeping habits. And when the kids get tired from all that running around, let’s face it, what parent couldn’t do with a little break.

So let the kids stay in character – it will do them a world of good.

Anna Yudina is the Director of Marketing Initiatives for The Toy Association™, a not-for-profit trade association that represents toy companies. Currently, she’s spearheading The Genius of Play™, a parent-focused movement raising awareness of play as a crucial part of child development and encouraging families to make time for play daily.