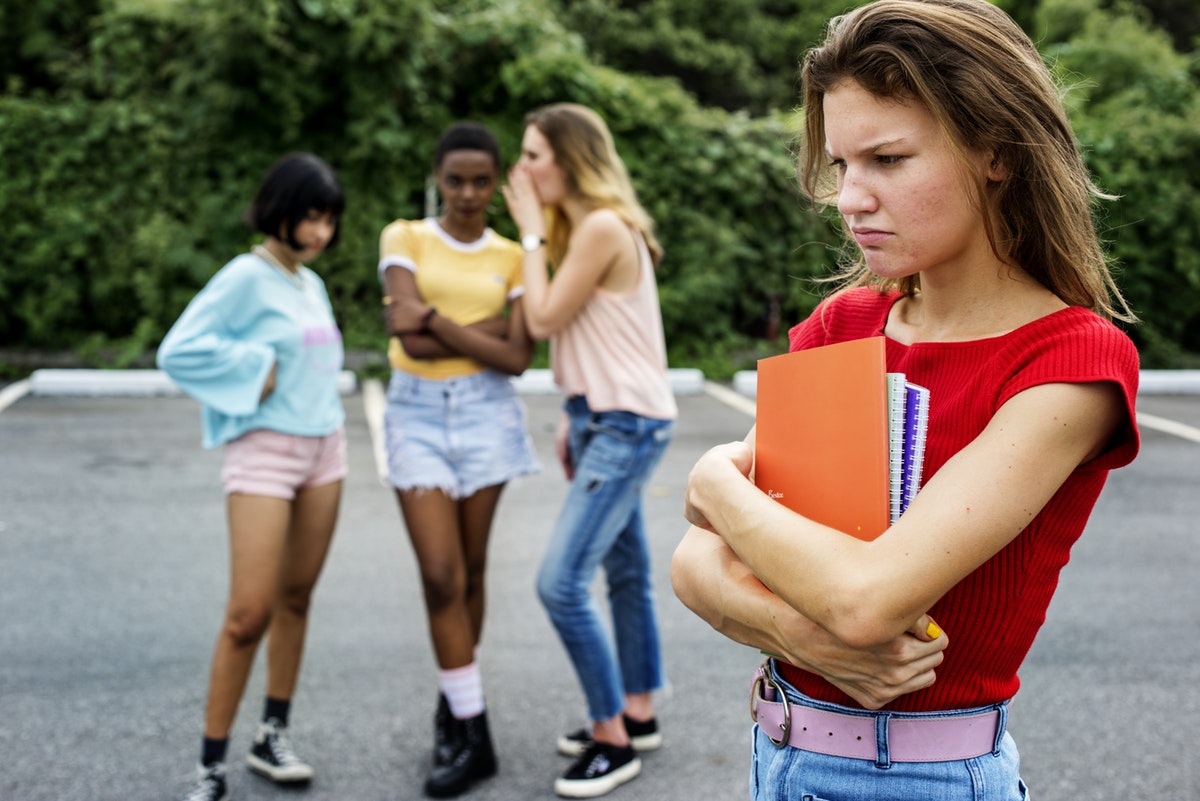 Did you know that according to Stop Bullying, a nationwide campaign, a full 48 percent of children between the ages of 6 and 12 had been bullied? Or that more than 70 percent had seen bullying occurring in their school to others? Of all of those instances, only between 20 to 30 percent of children/teens notify an adult of what is going on.

Here’s the thing: I wonder how many of them really know how serious the issue is.

Bullying is a controversial topic. While schools put policies in place that make it a no-tolerance activity, it can be difficult to enforce when you have hundreds or thousands of kids to wrangle. At home, kids might keep tight-lipped about what is happening in their day to day. Part of this could be embarrassment, shame or even a reluctance to worry parents with their problems.

Furthermore, they might be the bullies themselves. That can be hard for anyone to admit and perhaps even harder for a parent to hear.

I have three teenagers. Over the years I have had to face plenty of parenting ups and downs. By far the hardest was when one of my kids was being bullied. There is something so enraging about learning that your child, who you would do anything for, is being hurt. I had to hold myself back more than once to keep from dressing down other kids who had said cruel things to my own.

I will never forget the day when the mother of one of my daughter’s friends called me and let me know that she and another girl had been saying things about her daughter’s fashion. All three of them usually got along so well and I was shocked, especially to learn that it had hurt her deeply enough to send her sobbing to her room.

When I confronted my own daughter about her behavior, she was immediately ashamed. However, she was defensive as well.

“We were only teasing her!” my child cried. “We were messing around.”

From what I could gather from her and her friend who had done the “teasing,” it had started with jokes from all three. But soon the other two had started to gang up on their friend. The jokes got more mean and suddenly only two out of the three were taking part. The third girl left feeling incredibly hurt and betrayed.

Trying to explain to a 13-year-old the line between teasing and bullying was difficult. Not least of which because my own understanding of that line was a bit shaky. Exactly where do we draw the line?

The Characteristics of Teasing

I am not one to say some ribbing isn’t fine between friends. My kids do it, my husband does it, sometimes I still do it with colleagues, friends and family members. But what is teasing, really?

This is the opinion of one mother of three, but I think I have a pretty good handle of it thanks to the exposure of living with teenagers for so long. The characteristics of teasing are:

It all comes down to who is doing it, to whom it is being done and how all parties are dishing it and taking it. If feelings are getting hurt, it is no longer teasing. That is when it veers off into damaging territory, which is bullying.

The Characteristics of Bullying

There are some actions that we know without a fact are bullying without having to think about it. Causing physical harm, for example, to another person. Or following them around, day after day, and saying horrible things or insulting them. These are the unmistakable hallmarks of the playground bully.

I am talking about the less obvious signs:

These actions can cause fear, anxiety, pain, depression and more in children of varying ages. It is important that we show children the distinction, lest they fall prey as either the victims or the perpetrators.

My daughter learned a difficult lesson the day I confronted her about her behavior. I didn’t punish her. I could tell from her tears and guilt that she had seen the error of her ways. She and the friend who had bullied alongside her went to the third girl and apologized that same day. They were able to mend fences and treat one another with respect from then on.

October is Bullying Prevention Month. Let’s help solve the problem by taking the time to teach our kids what they need to know about teasing and bullying. Hopefully, they will be able to tell the difference when the time comes.