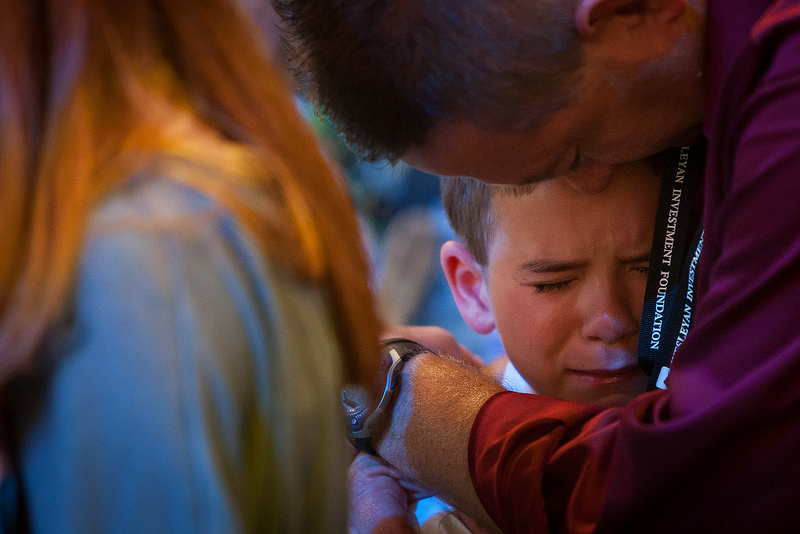 If you’ve ever dealt with a panicked child, chances are you’ve uttered the words “take a deep breath.” If you’ve found that breathing actually works to calm an anxious kid, you’re not alone — and science can finally tell us why something so simple works so well.

Whether you have a kid scared to get in the pool for swim lessons or a tearful tot overwhelmed by a trip to the pediatrician’s office, as a parent you’ve probably had to deal with anxiety at one point or another. Sometimes it can feel like nothing (not even bribery) will help ease their fears. But a recent study conducted by Mark Krasnow, a professor of biochemistry at Stanford University, found that breathing can actually have an effect on brain activity.

While studying neurons in the brains of mice, the researchers found that a group of nerves responsible for regulating breathing was directly connected to the arousal center of the brain. In other words, as you change your breathing patterns, you can actually alter emotions, like fear and anxiety and tell your body to calm down instead. Pretty incredible.

Has deep breathing ever helped calm your kids? Share your experience in the comments.