Need some inspiration for your wacky day? Check out these Guinness Records that feature our favorite champions from some seriously wacky categories. Read on to laugh out loud with your little prize-winners. 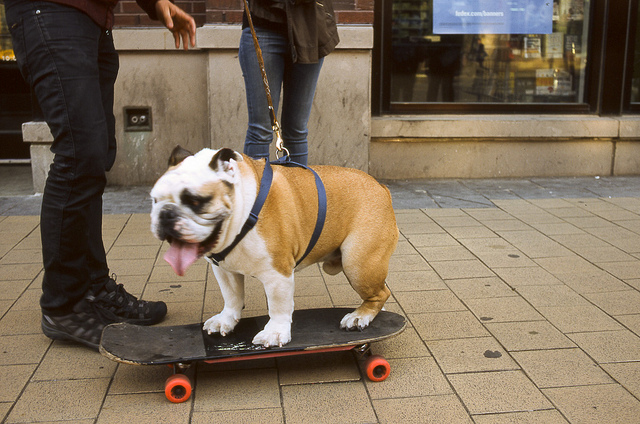 1. The World’s Heaviest Cabbage
Weighing in at 138.25 lbs, the giant cabbage was grown by Scott A. Robb in Palmer, Alaska. Scott is also the world record holder for the heaviest turnip.

2. The World’s Smallest Dog
Miracle Milly is a 3.8 inch female Chihuahua who hails from Dorado, Puerto Rico. She was born on Dec. 1, 2011. Think of it this way: some of us might own a pair of shoes taller than Milly (not that we can walk in them).

3. The Most Toilet Seats Broken By a Human Head
Yes, this is a category and yes, someone holds the record. In Sep. of 2007, Kevin Shelley of the Unites Staes broke 46 woodent toilet seats with this own head in one minute.

4. The Largest Gathering of People Dressed as Smurfs (in 24 Hours)
Because, yes, that is a category. Organized by Sony Pictures across 11 countries to mark the release of the movie The Smurfs, the record was set at 4,891 on June 25, 2011.

5. The Biggest Pizza
The largest pizza made to date had a surface are of 13,580.28 ft²  (1,261.65 m²). Consider that the average home in the U.S. is 2000ft²(and many of us live in apartments much, much smaller than that.) The pizza, named Ottavia, was made in Rome, Italy on Dec. 13, 2012 by Dovilio Nardi, Andrea Mannocchi, Marco Nardi, Matteo Nardi and Matteo Giannotte from NIPfood at Fiera Roma. Fun fact: it was gluten free.

6. Most Christmas Trees Chopped in Two Minutes
The reigning champ for this one is a woman named Erin Lavoie, from the US chopped down 27 Christmas Trees (in 2 minutes) on Dec. 19, 2008. That’s some serious biceps.

7. Tallest Toilet Paper Tower in 30 Seconds
Silvio Sabba from Italy stacked 28 rolls in 30 seconds on Oct. 1, 2013. We guess he didn’t stop to squeeze the Charmin.

8. The Longest Candy Necklace
Koko’s Confectionary & Novelty of Cockeysville, Maryland created a 5,361 ft., 1.5 in. candy necklace on Dec. 17, 2014. That’s longer than a mile!
Fun fact: They raised money for the Make-a-Wish Foundation during the event.

9. World’s Longest Minecraft Tunnel
The longest Minecraft tunnel is 10,502 blocks and was crafted in 50 minutes by Lachlan Etherton of Australia on Aug. 3, 2013. It took him 20 minutes just to light it!

Have you ever tried to break a record? Tell us about it in the comments below!