Kids can be absolute troopers when it comes staying up late, but when the Sandman comes around, there’s no escaping Snooze-town! Check out these hilarious photos of kids sleeping in strange places and positions.

This babe refused to sleep unless pops was holding her, and after two hours, he decided to have his cake and eat it too. 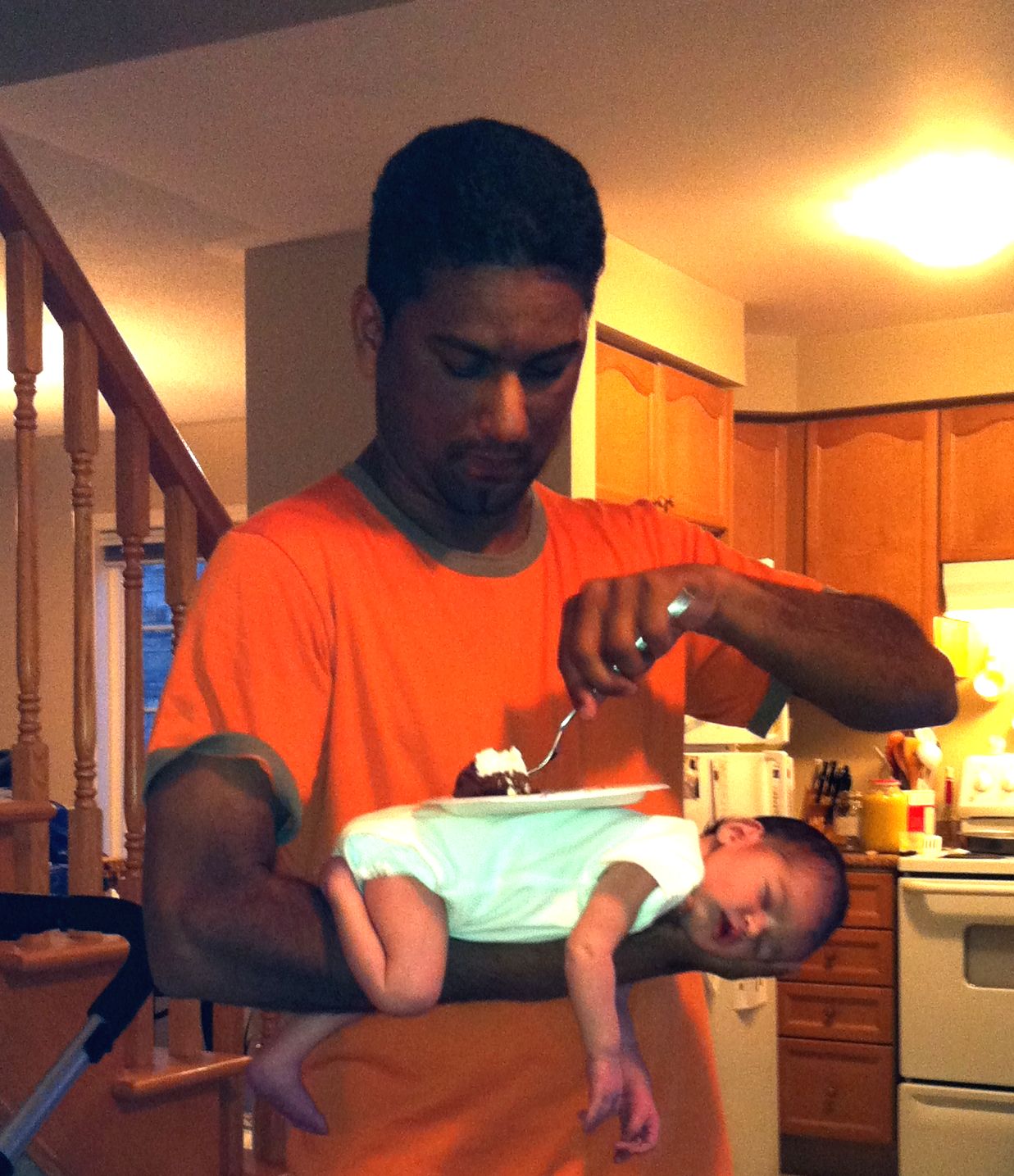 Bedtime stories are also for Santa. 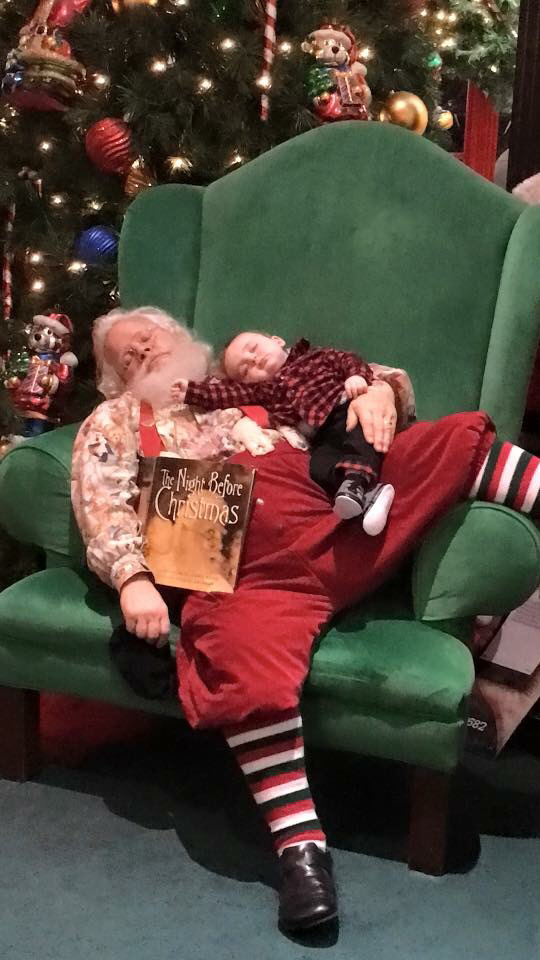 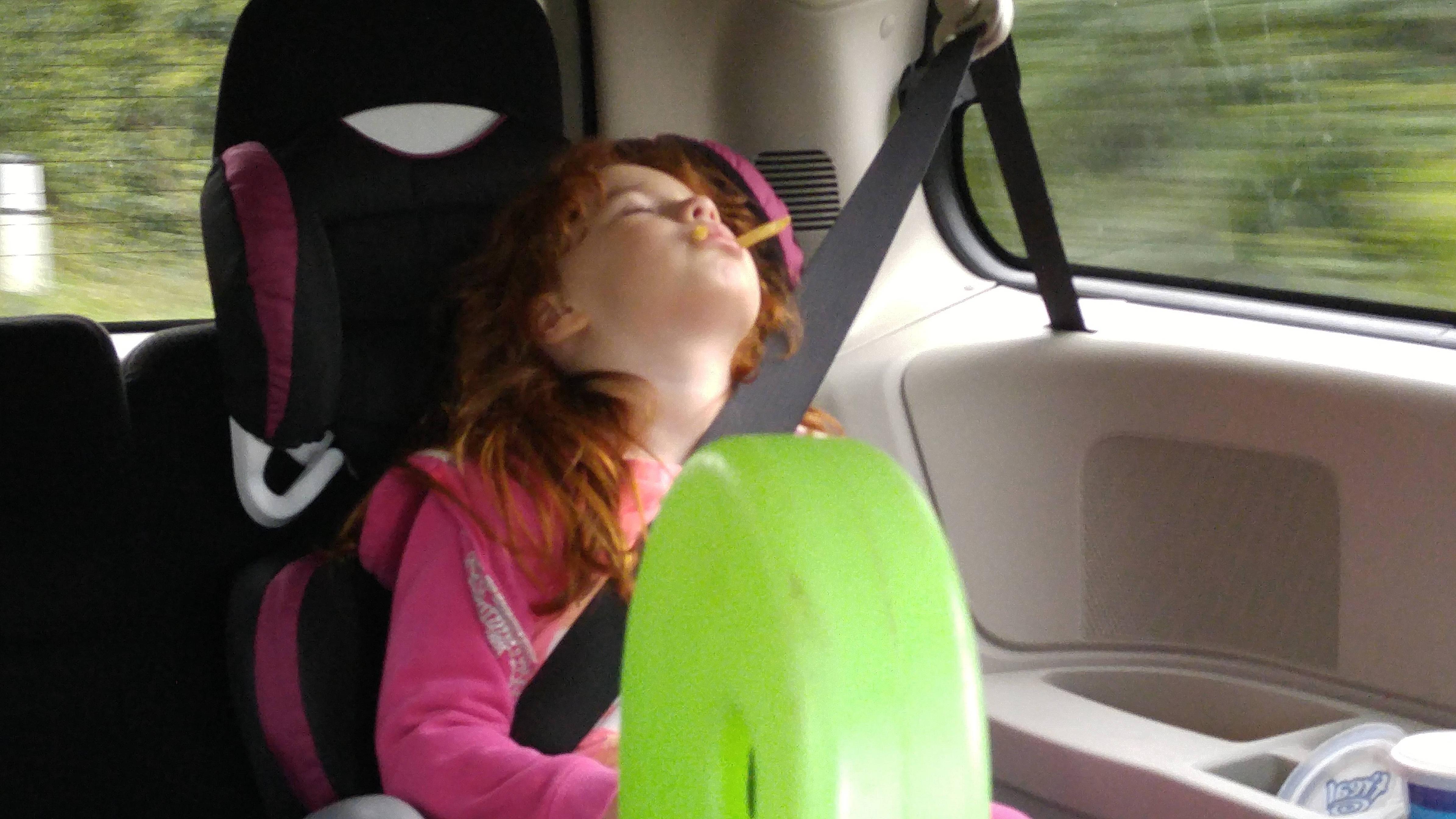 When this babe arrived to Santa already sleeping, he told the parents not to wake him up. How cute! 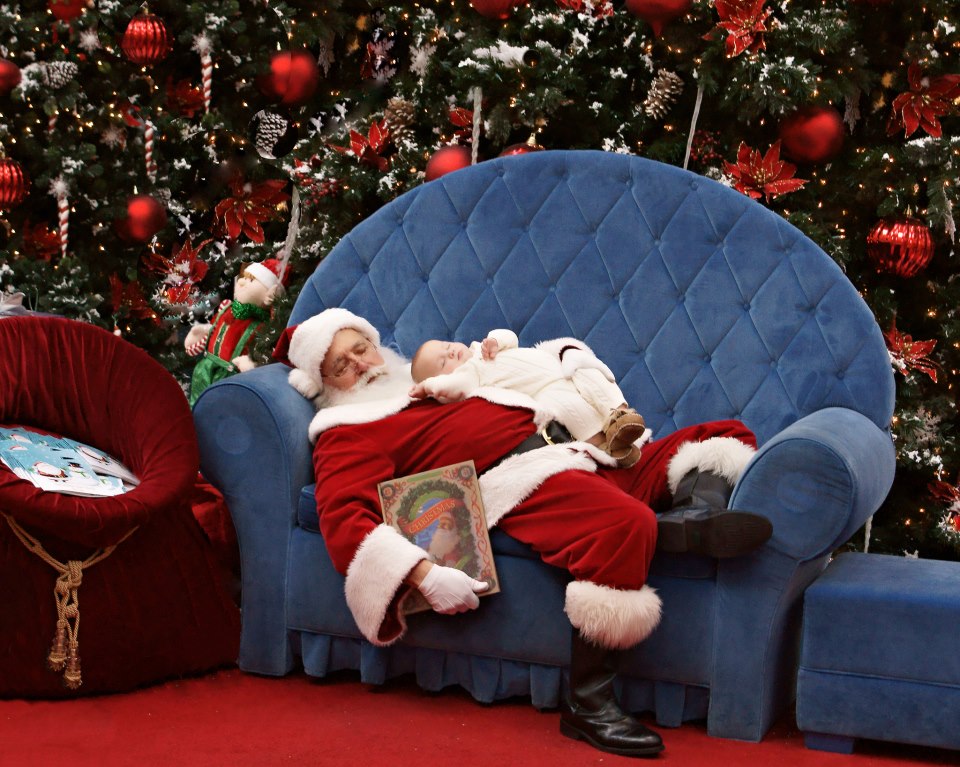 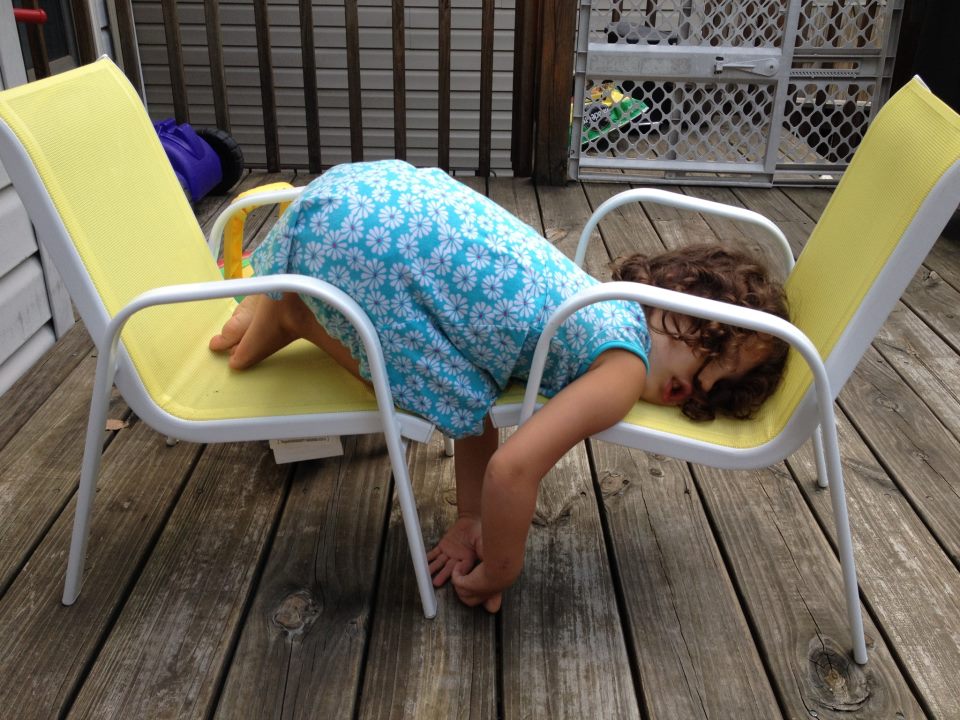 Oh, we’ve been here before too. 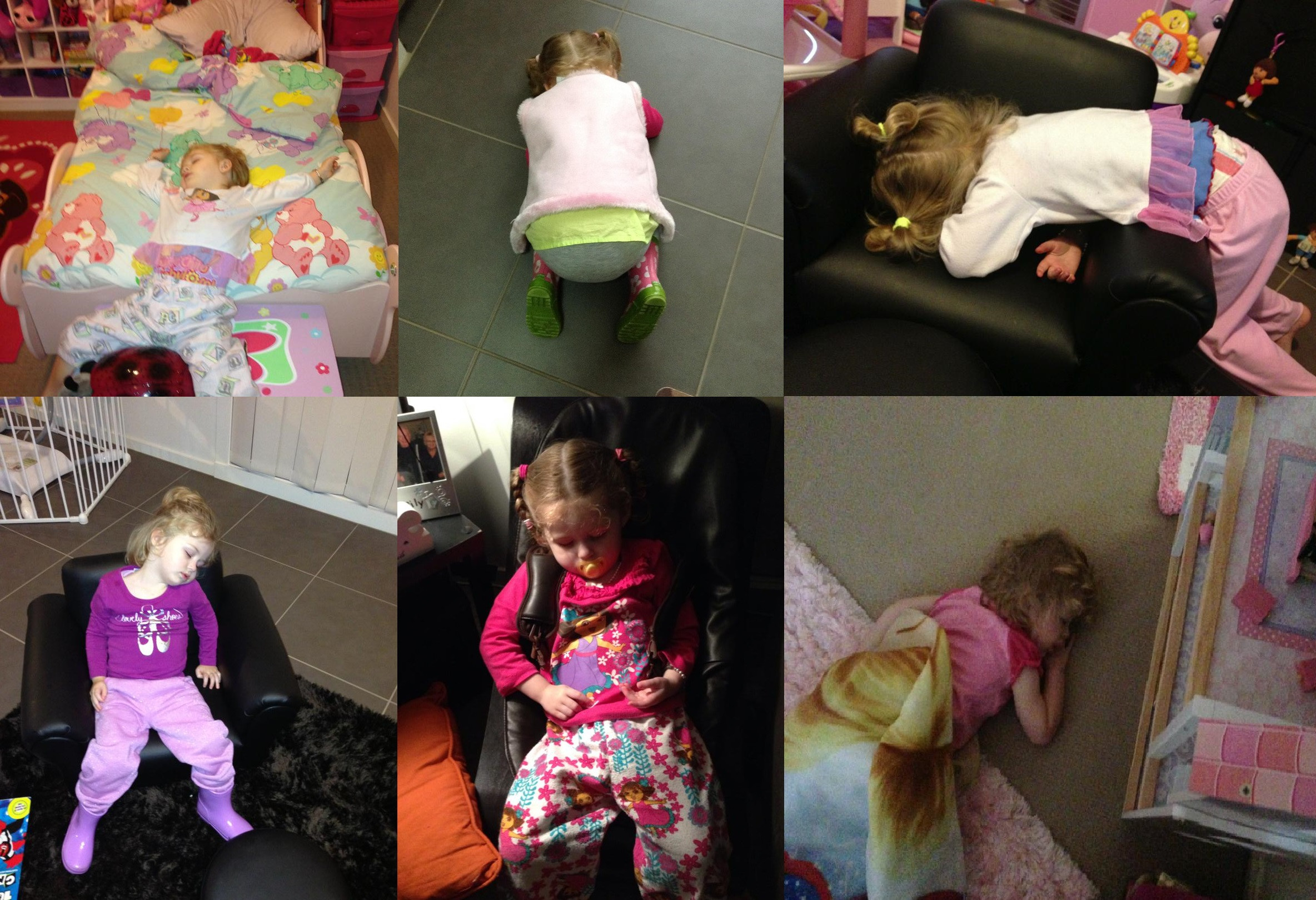 Almost there…! This dad shared all the moments of when his kiddo fell asleep. See all of them over at Imgur here. 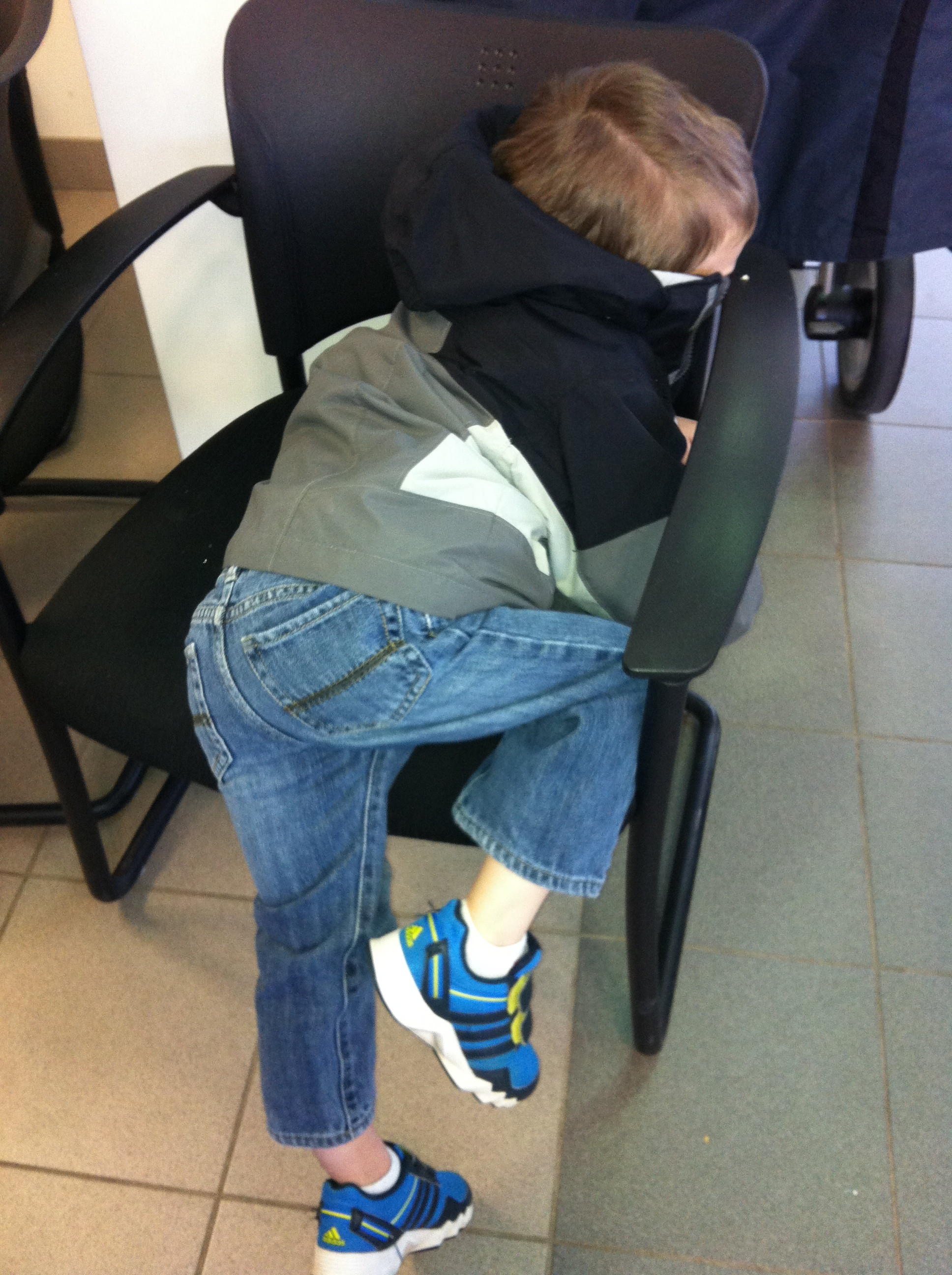 This one technically hasn’t fallen asleep yet, but we won’t put it past him not to doze off under his genius invention. 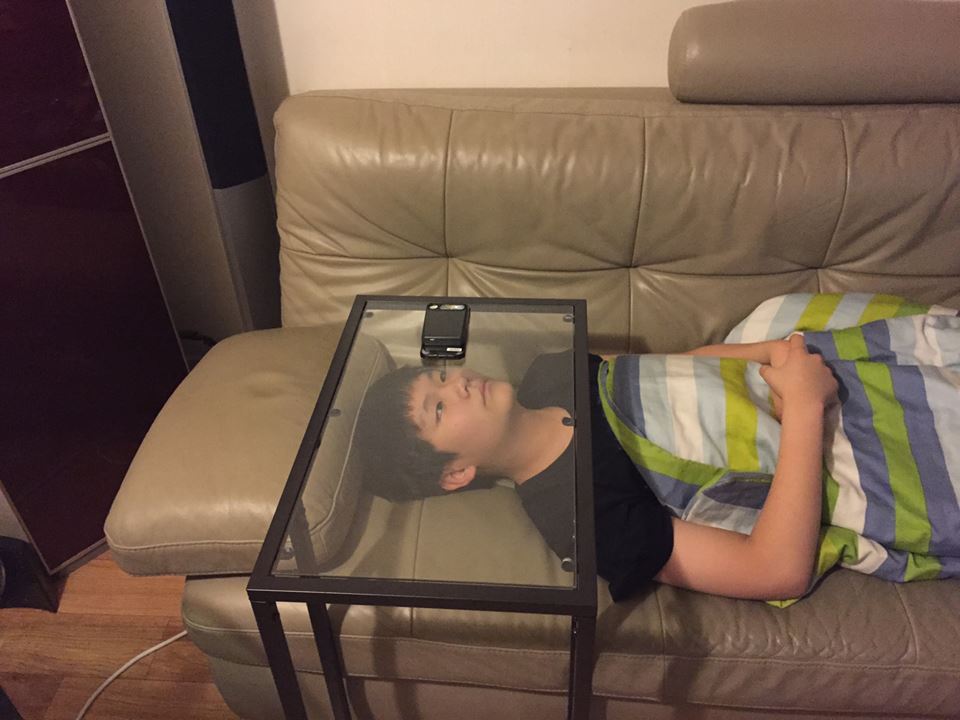 Where’s the strangest place your kiddo has dozed off? Tell us in the comments below!