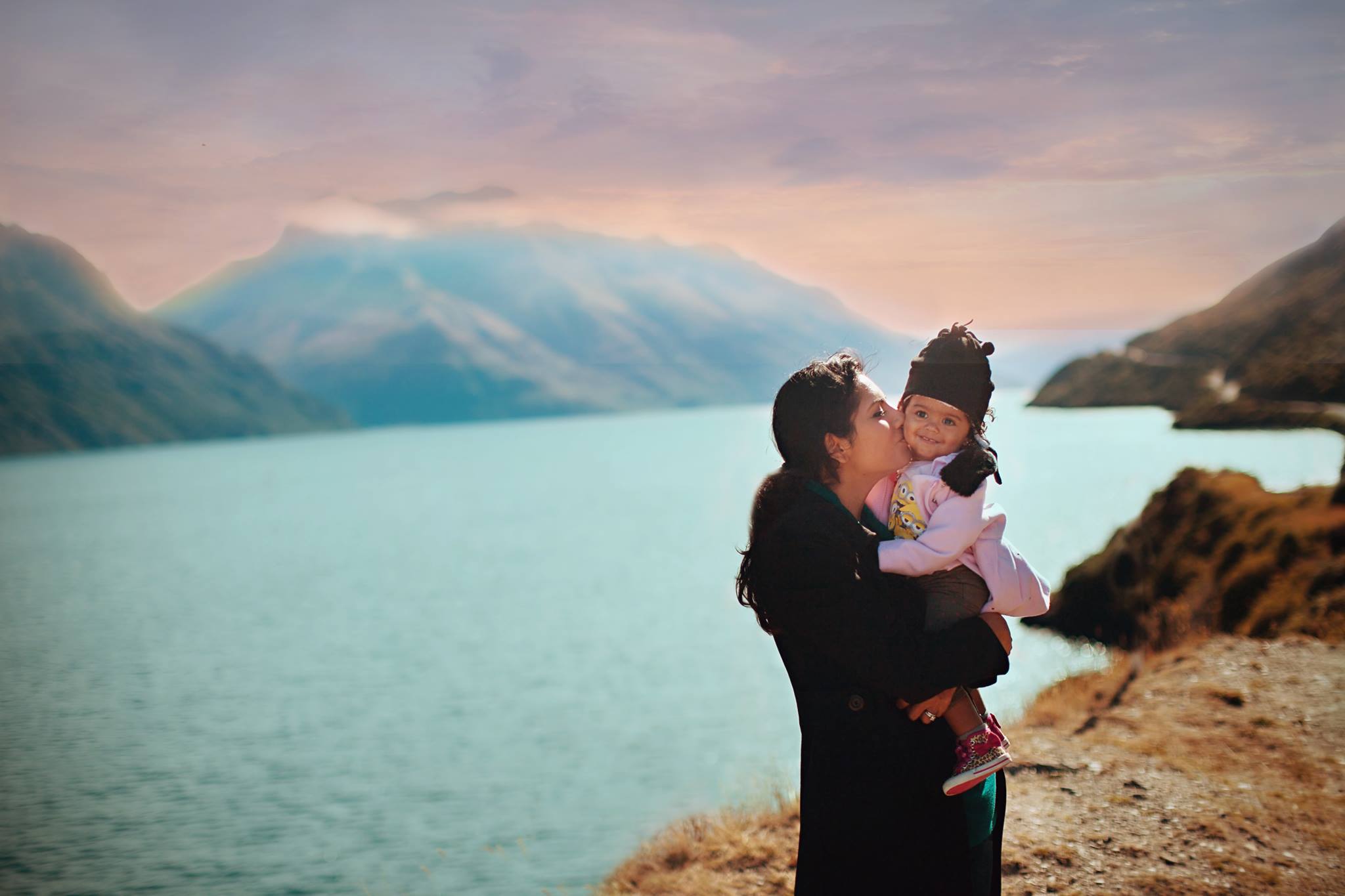 It’s hard enough being a human, but it’s even harder when there is another little human watching you. Before I became a mother, there were parts of myself that I wasn’t particularly proud of. But I felt like no one was really watching and I wasn’t hurting anyone…so I wasn’t too inspired to change.

But here’s the thing.

When you have a child, SOMEONE IS ALWAYS WATCHING. They even follow you to the bathroom. Seriously–they are always watching.

All of a sudden, those behaviors that I once considered ‘small’ and ‘not that big of a deal’  had me thinking twice. When you understand that these little humans don’t care as much about what you say, but more about what you DO–you start to make some changes.

Here are 4 things I changed when I had a child:

1) I stopped always looking at my phone

Before I became a mother, I was addicted to my phone. I once even walked into a pole while looking at my phone! I know. Embarrassing. But you can’t have a conversation with your child while looking at your phone.

Because this tells them that it’s okay not to give another person your full attention. Have you ever hung out with someone and they miss half of what you say because they are checking their emails or on Facebook? It diminishes your relationship.

I want my daughter to value relationships. And to do so, I had to model that in my relationship with her.

2) I forgive other drivers

I’m not a person who usually curses. Not that I have anything against those who do, but cursing doesn’t come naturally to me. HOWEVER, put me behind the wheel of a car and have someone cut me off and words would come out of my mouth that I did not even know existed. The fact that I would often yell in the car to myself (I had enough restraint not to resort to any hand gestures or aggressive driving) made me think that since no one heard me, it wasn’t a big deal.

And then it was. The first time I had a little road rage in front of my daughter, she was six months old. Although she couldn’t understand any words, the look of horror on her face made me want to run to a corner and hide. Who was this person that I had become behind the wheel that was so unlike the one in any other situation?

I knew I had to change.

I now make a conscious effort not to let annoyances while driving bother me. I’m much more forgiving of other drivers. And I found that while I previously thought that no one else was affected by my actions, I never realized how my anger affected my own energy.

By not letting anger overcome me, I’m calmer and less stressed when I get to my destination. It sets the precedent for the rest of the day.

One morning after I had explained to my daughter about the importance of making her bed, she ran into my room and said, “but mama your bed isn’t made!”

So yeah. My daughter called me out.

I’ve learned that I can only hold my child to a standard that I can maintain for myself. I’m a bit more disciplined now. And in doing so, while my house often looks like a tornado ran through it, the bed inevitably, is always made.

4) I think before I speak

No matter what anyone tells you about how rosy their marriage is, everyone at some point argues with their spouse. When you live with another person 24/7, you will disagree. And that’s OK.

Before I had a child, my arguments were all over the place. I said whatever came to mind at the time.

But through my work as a pediatrician, I have seen that the way you argue in front of your children can be emotionally damaging.

I want my daughter to see that disagreements happen–it is a natural part of life. But it is how you resolve them that define you.

Now, when I have disagreements with my husband, I think of two questions: 1) Is this issue something petty that I can let go? and 2) How can I express my feelings while being kind and respectful?

We don’t have the perfect marriage (and I’m not sure that even exists), but what we do have is respect and kindness.

Children are your greatest mirrors. They call you out and reflect back to you what you are projecting into the world. They inspire you to be better humans. I’m glad that I’m being held accountable now and that someone is always watching.

Even when she follows me into the bathroom.

I am a mother, wife, sister, friend, pediatrician and writer. I co-founded Mindful Pediatric Gastroenterology, a practice that helps parents to empower their children through healing themselves. I have written for Scary Mommy, The Huffington Post, The Washington Post and elsewhere. Join me at my blog and social channels and say hi!