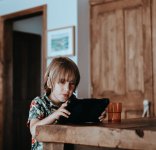 If Netflix’s new Carmen Sandiego series has you longing for the original game that started it all, you’ll be excited to discover that you can now play Where In the World Is Carmen Sandiego thanks to Google Maps.

Globe-trotting sleuths who have felt the Carmen Effect can go on the hunt for that elusive thief in red with a brand new series of games that will take place on Google Earth. Google Earth and Houghton Mifflin Harcourt have teamed up to release “The Crown Jewels Caper.”

Where on @googleearth is #CarmenSandiego? Take an adventure with your students by tracking her around the globe with geography clues, and help recover the stolen loot. Good luck! https://t.co/5qXznVkrsQ pic.twitter.com/KPm6sDJLAT

The new game, which will be the first in a series, takes players on a journey around the globe tracking clues and solving cases, all in an effort to find Carmen Sandiego. Of course there will be plenty of exciting history and geography lessons along the way.

New fans will appreciate the high-tech images that Google Earth brings to the table, while nostalgic parents will love the green-hued nod to the old IBM computers they played the original game on as kids.

To catch Carmen Sandiego all you have to do is boot up Google Earth and start your journey.

Where in the World IS Carmen Sandiego? Actress Gina Rodriguez Stars in New Movie