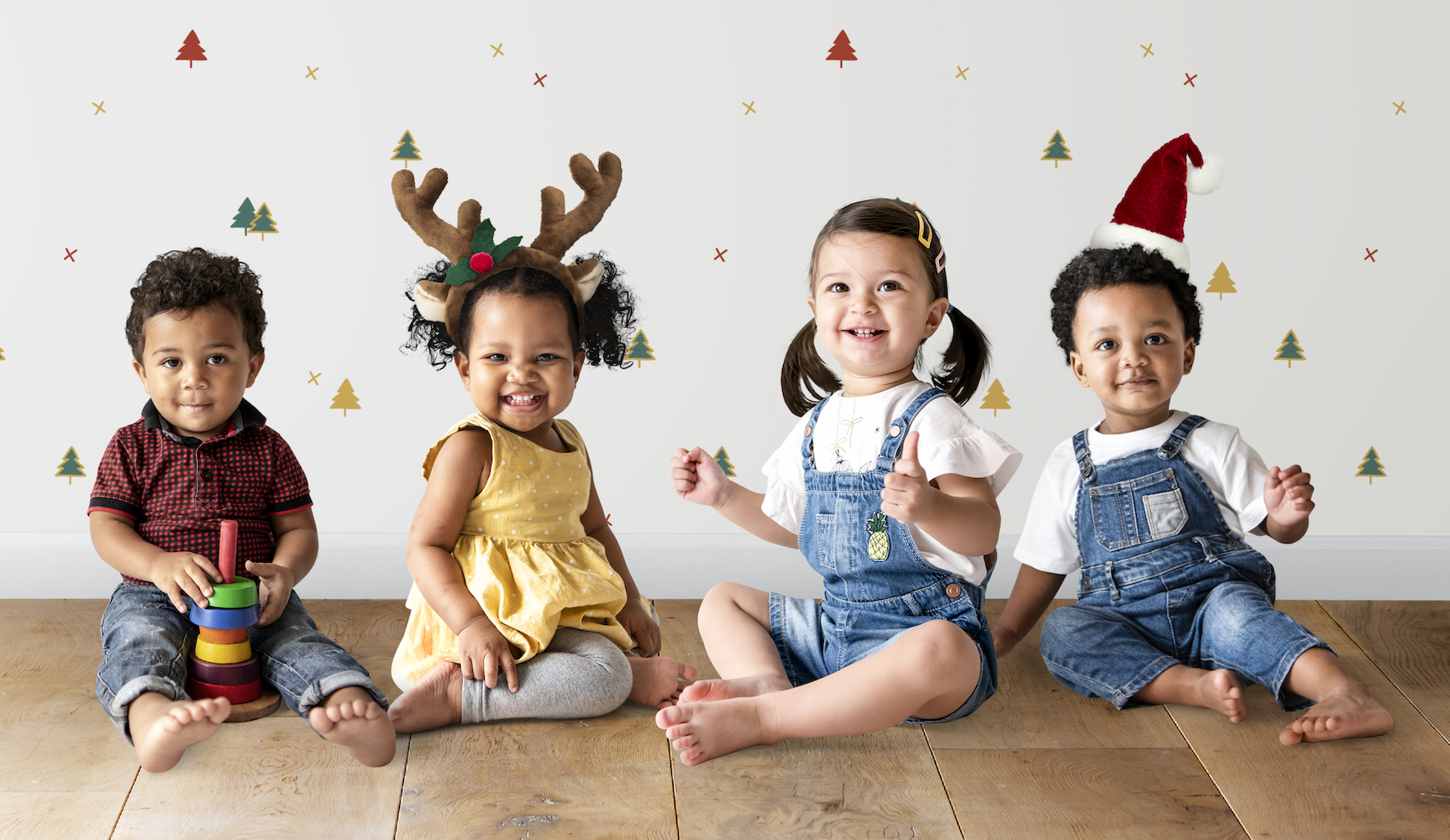 One would be hard-pressed to go anywhere at this time of year and not see Santa Claus represented. Depending on the age of your child, you will confront the inevitable queries from them or ponder for yourself the question, “Is it okay to teach children to believe in Santa?”

“Barring religious or other beliefs that might preclude the telling of the Santa myth, I am firmly in the let’s believe camp.

I love Santa, and to me, he represents magic and hope and generosity. I remember when my own children were quite young, the seeds of doubt about making my kids’ believers, crept in a little bit as the holidays approached. I asked my oldest and dearest friend, a respected pediatrician, for her thoughts on the subject.

Her unhesitating declaration was that of course she would teach her daughter Isabelle to believe in Santa. She stated without missing a beat that she wanted Isabelle to believe that dreams can come true. Her clarity and message of hope felt right then and still does.

Young children have a tremendous capacity to pretend. Using their imagination is a way to interact with the world, to try it on and get comfortable with it. When my two-year-old granddaughter puts on her pretend goggles to pretend swim in the bathtub each night, when she stirs empty bowls and pretends to feed her stuffed animals, and when she picks up a paper towel roll and starts singing her little heart out pretending it is a microphone, she has entered the world of make-believe. This use of her imagination allows her to exercise her creativity and her problem-solving skills—all while having fun.

While introducing the idea that there is a special guy in a red suit traveling around the world in a sled pulled by reindeer delivering presents is technically “a lie,” it is also another way to engage with children in the imaginary, magical world that they already reside in. Children’s literature is filled with bears, bunnies, monkeys and animals of all sorts that talk, wear clothes and sleep in fully furnished houses, (one of my personal favorites is the one about the duck that types) and most children are read these stories with no disclaimers.

Of course, there are pitfalls to teaching your child to believe in Santa. Besides the challenge of the inevitable day of reckoning when children begin to age out of the story, there is also the stress it can cause some children if there is too much emphasis on being good.

As a nursery school teacher, I witnessed children who became quite anxious as the adults around them sang songs about this all-seeing, all-knowing Santa person and his more modern helper, the Elf on the Shelf. The anxiety that some children feel when taught that they are being watched over at all times by Santa, a hidden elf or whatever, is only exaggerated when they fear they might be receiving only sticks or lumps of coal instead of toys.

I remember one child in particular who had an unusually sunny disposition who became quite agitated, crying daily as the holiday excitement ramped up around him. He frequently mentioned that he was afraid of getting ashes in his stocking because he sometimes forgot the rules. After checking in with his parents—who immediately backed off the “you better watch out routine” and reassured him that he was a good boy and that Santa would bring him a present-he quickly relaxed and returned to his happy-go-lucky self.

I have a distinct memory of explaining to my mother when I was in the third grade that I knew Santa wasn’t real, but that I wanted to believe in him anyway. I wasn’t ready to give up on the vision of a magical jolly gift-giver bringing joy to children everywhere.

She happily went along with this approach and continued to sign her holiday presents to me with a “Love from Santa” card, for the rest of her life.