From weddings to babies, 2018 has been a big year of exciting news for the British royal family and we’ve loved following each and every moment. From Meghan Markle’s stunning arrival to George’s hilarious antics, here are some of the adorable, heartwarming and most relatable royal moments of the past year. 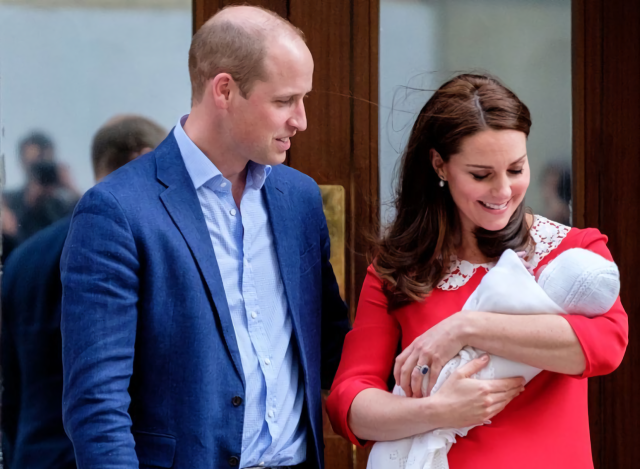 This year brought the arrival of a new baby and a younger sibling for Prince George and Princess Charlotte. Prince William and Duchess Kate welcomed their third baby, Prince Louis Arthur Charles, in April. The youngest royal fit right in with his family and enjoyed some sweet moments at home with his big sis. By three-months-old Prince Louis was ready to smile right along with his entire family celebrating his christening. 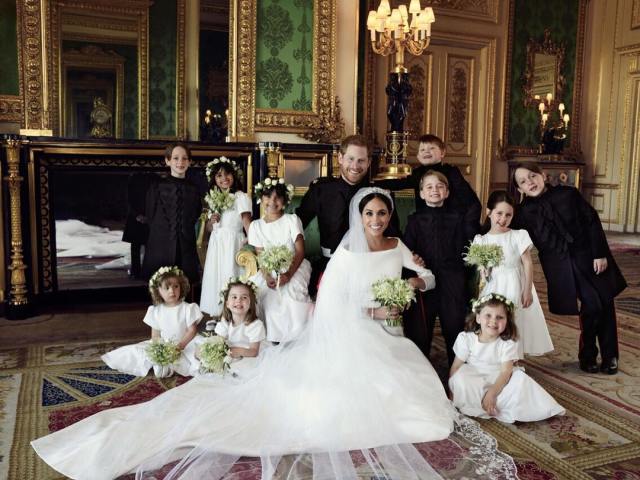 2018 brought not one, but two royal weddings to fawn over. The most recent wedding of Princess Eugenie made for some adorable photos of Prince George and Princess Charlotte who served as Bridesmaid and Page Boy. Prince George especially proved he wasn’t camera shy as he hammed things up for the photographer.

The biggest wedding celebration of the year, however, was undoubtedly the nuptials of Prince Harry and Meghan Markle. The spring wedding not only gave us our very own American princess, but it also provided a very helpful royal hack for capturing the perfect family photo that every parent can appreciate. Photographer Alexi Lubomirski managed to capture the ten smiling young faces of the wedding party, and he shared his secret: candy. "They were being bribed with one Smartie here, one Smartie there, so as soon as the kids came onto the set, I immediately just shouted out ‘Who likes Smarties?’ and then everybody, hands up, smiles, even some adults put their hands up,” Lubomirski told ABC News. 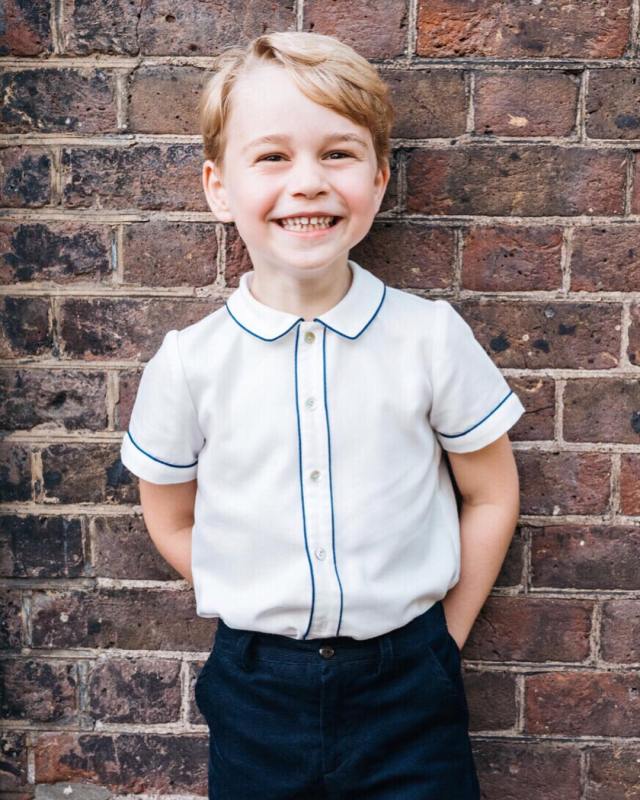 Every new year brings annual birthday celebrations, and this year the royal family celebrated the 92nd birthday of the Queen. Of course, when you have a family full of young kids, they are sure to steal the show with a few party antics, and that’s exactly what young Prince George and his older cousin Savannah Philips did. As “God Save the Queen” played, young Savannah adorably pretended to conduct the music. Later when Prince George was gabbing too much for her liking, Savannah playfully covered the prince’s mouth with her hand—in a move that totally stole the spotlight.

Speaking of George, the young prince also celebrated an important milestone this year as he turned five. The royal family marked the occasion with an official portrait that captures his infectious, adorable smile perfectly. 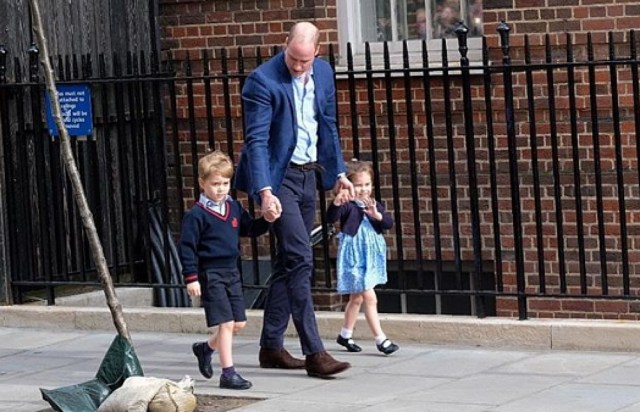 Now that he’s five George was ready to spend his first year at school, and he’s been getting into the swing of things quickly. It’s only his first year, but he’s already doing homework and getting involved in extra-curricular activities. His current favorite class? Ballet. According to Prince William, “George is doing dancing as well, he loves it.” We’re still holding our breath for those adorable pics.

George wasn’t the only royal who celebrated his first day of school this year. Little sis Princess Charlotte was clearly excited about starting nursery school too, and Duchess Kate captured her adorable smile on camera. 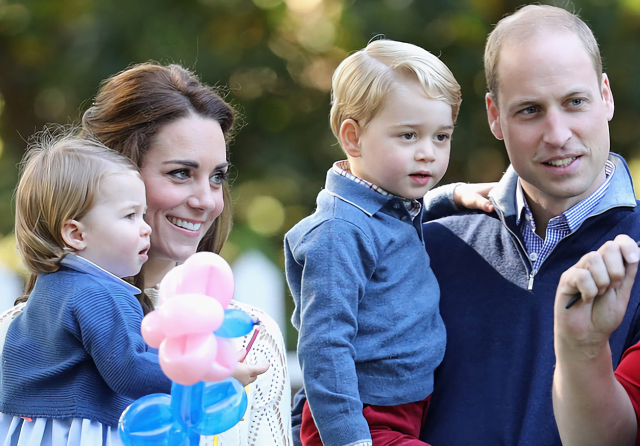 With all those royal appearances, William and Kate’s parenting style is always in the spotlight, which could be challenging, but the two handle it with grace befitting a prince and duchess. As the parents displayed time and time again this year, one of the best parenting hacks he and Kate have in their arsenal is one he picked up from his own mom, Princess Diana. The trick, which Diana used with both William and Harry, was to crouch down to their level and talk to them eye to eye when communicating. Considering how happy and at ease both George and Charlotte always seem to be, this is a tactic that clearly works. 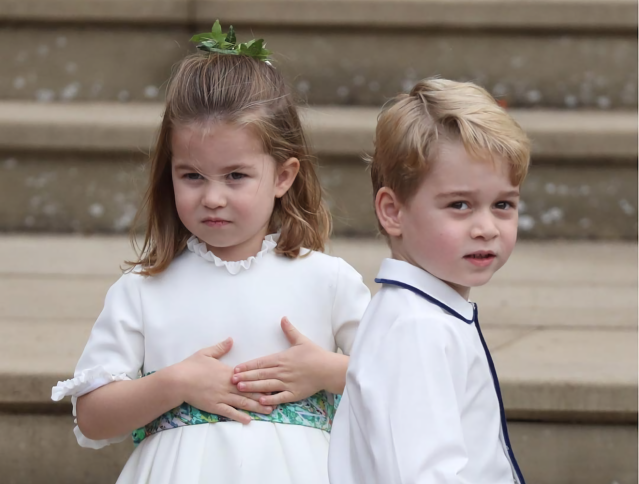 It’s no big secret that Prince George is near the top of the list of family members that are set to take over the British throne. As it turns out, however, it is a secret to him. Earlier this year it was revealed that the young prince has no idea that he will one day wear the royal crown. “With George, they are trying to delay that moment of realization and give him normality before they thrust this on him,” Catherine Mayer, author of Charles: The Heart of a King, told E! News. 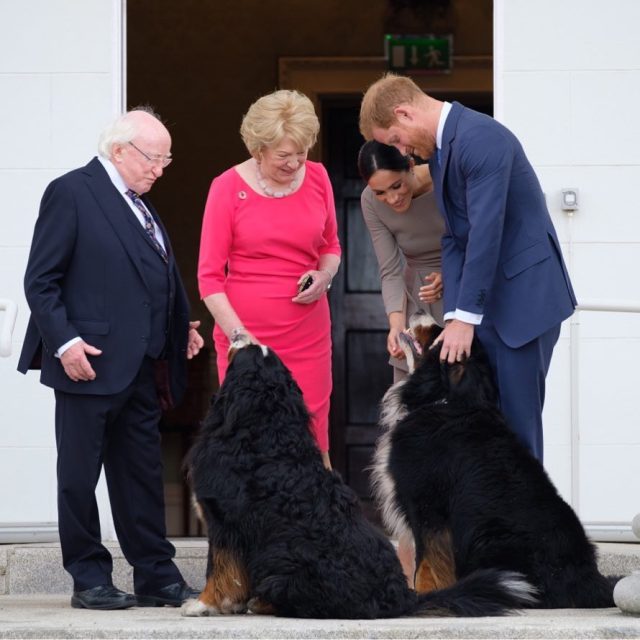 Prince Harry and the newly-minted Duchess Meghan decided to put all the parenting skills they’ve been learning from Prince William and Duchess Kate to the test by extending their family with the addition of a Labrador puppy. Dogs are clearly a big part of the royal family and an instant bonding point for the Queen and her new granddaughter. As Prince Harry explained to ABC News of Duchess Meghan’s first meetings with the Queen’s corgis: “I’ve spent the last 33 years being barked at, this one walks in, absolutely nothing, just wagging tails, and I was like, ‘Argh.'” 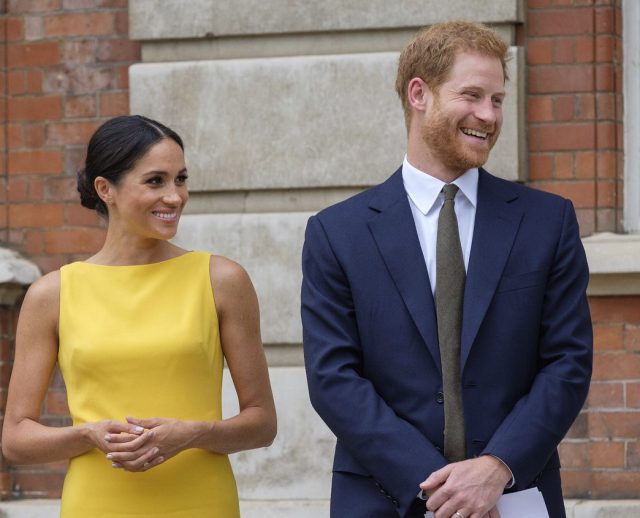 Baby On the Way

Puppies aren’t the only family additions Prince Harry and Meghan Markle revealed this year. The newlywed couple recently announced that the royal family will be growing again with a cousin for George, Charlotte and Louis. The Prince and Duchess of Sussex will welcome their first baby in the spring of 2019. No word yet on whether the baby will be a prince or a princess.

Royal Baby News: What You Need to Know

What Is the Royal Baby’s Nickname? Prince Harry Offers a Clue & OMG, Our Hearts