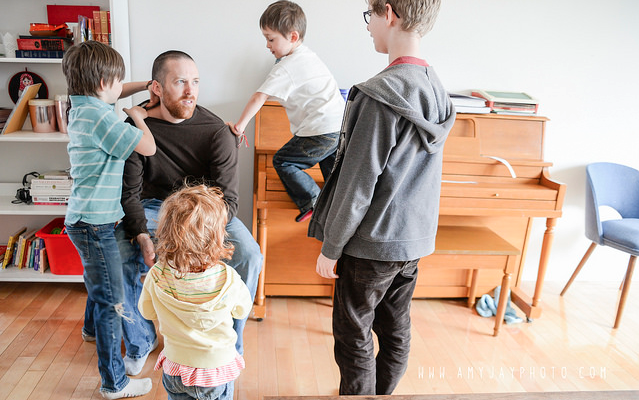 Every evening when I leave work, I see the same tired woman standing on the corner outside my building waiting to cross the street with her four little kids. It’s a busy street always, but even more so at rush hour. There are no sidewalks and no convenient place for the five of them to wait safely.

Eventually, the flow of cars will break enough for them to make a run for it, and run they do, still holding onto each other, the cluster now a chain, little legs pumping as the woman rounds up the rear, waving and yelling.

I’m fascinated by this woman and her tribe. I sit there in my car and wonder where she’s coming from and where she’s going. I’m anxious for her, even though she seems to have it together. I love how all five of them cling to each other, making a whole that is safer than the sum of its parts.

And even though I need to get myself home to my own four babes, often I’ll wait, not pulling out of the parking lot until they’ve safely made it across. If I didn’t, I would lay in bed at night and worry: Had they made it? Were they still waiting? Were they safe?

Someone asked me recently what it’s like to have four kids, and I paused. Answers flew through my head, and none of them felt exactly right. I could say I hadn’t slept soundly in more than a decade, how the fatigue is a tangible thing that sits between my shoulder blades, how on the worst days I can feel the weight pulling me downward.

I could talk about big-family-math – how one kid plus two kids plus one more somehow equals the noise level of 100 kids who all just snorted their weight in caffeinated red dye and decided to conduct a Tae Bo session in my living room. I could say how I sometimes pull into my driveway after work and feel lost, my naturally quiet self begging me to sit in the car for just one more bad 90s hip hop song before conjuring up the energy to face the evening.

But I didn’t say any of that, because that’s not the whole truth. It’s not even the good part of the truth.

Instead I told the story of the woman on the corner.

I talked about how this woman needs to get those babies safely from one side of the road to the other, and so she just does it. I talked about how she has only two hands for four kids, so she’s had to teach them to hold onto each other, and that the result is almost magical – the way they do it together, all serious with the responsibility of it, protective and fierce as they pull each other across the road to safety.

Because that, more than anything else, is what it’s like to have four kids. There’s only one of me, only my two hands and my two feet and my one checkbook and my one measure of patience, but there are four of them.

Pretty quickly into this parenting thing, I realized there was no way I could do all of the things myself. There was just too much. I want to hold all four of them, draw each of them close and keep each of them safe. But there isn’t enough space in my arms.

So I’ve taught them to guide each other. If I hold the ones I can, and they hold the ones they can, we can all stay connected and we can all make it across the road, or the through the evening, and maybe even into adulthood.

Because this much is certain: the only way we are making it across this thing is together.

The next day when I left work, the woman and her tribe were there on the corner again. I smiled at her. “We’re the same, you and me,” I tried to say with my face, and I waved.

She met my eyes for a second, but she couldn’t let go of the hands she held to wave back, otherwise the chain would have broken. I waited for them to cross just the same.

When I pulled in my driveway a few minutes later, I didn’t linger there even for a moment. It was lonely in my car, and my own tribe was waiting for me inside. 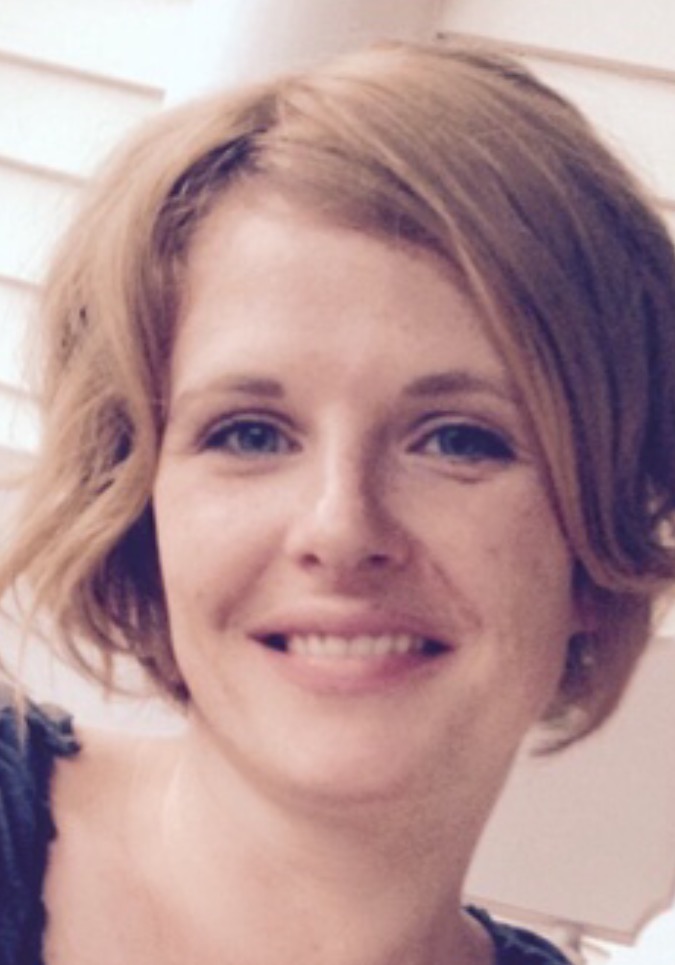 Liz is a mama, yogi, writer, warrior, wanderer, dreamer, doubter, and hot mess. She lives in a creaky old house in Central New York with her ever-patient husband, their four babies, and an excitable dog named Boss.