Rib-sticking barbecue? Check. Hot dog-inspired salads? Better believe it. Tacos in bags? Heck yeah! New restaurants in and around Chicago are jammed with kid-friendly delights that will keep you full all summer long. Pull up a booster chair and dive in. And enjoy the welcoming, non-judgmental atmospheres, while you’re at it. Read on for the scoop on seven new restaurants that welcome your kids. 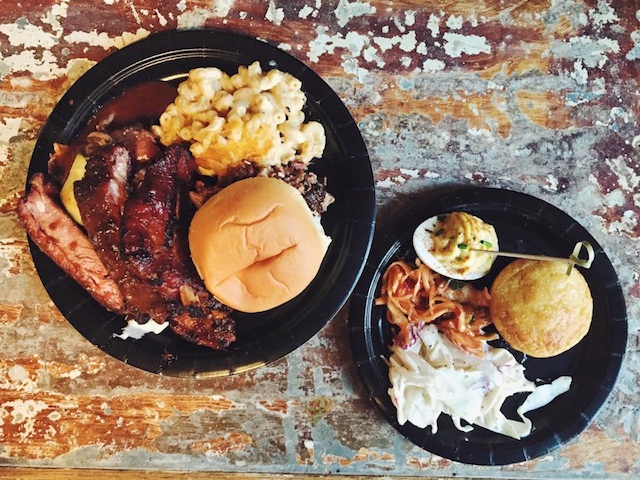 For Porking Out: Dinosaur Bar-B-Que
If there’s one thing kids love more than barbecue, it’s dinosaurs. (Right, T.rex fans?) It’s Lincoln Park meets Jurassic Park at this sprawling new barbecue bastion, the first Midwest locale for the New York-based meat Mecca. The rustic, woody space is as burly as one would expect of a place dubbed “dinosaur,” divvied into two floors with large booths, original artwork, painted pallets, a spacious patio, a music venue and a sizable kitchen churning out platters of BBQ chicken wings, St. Louis-style ribs, pulled pork and beef brisket so tender it practically falls apart when you breathe on it. For their Chicago location, Dinosaur also added some Chi-specific dishes like jerk lamb shoulder, hot link sausages, and BBQ pork belly with fermented slaw. 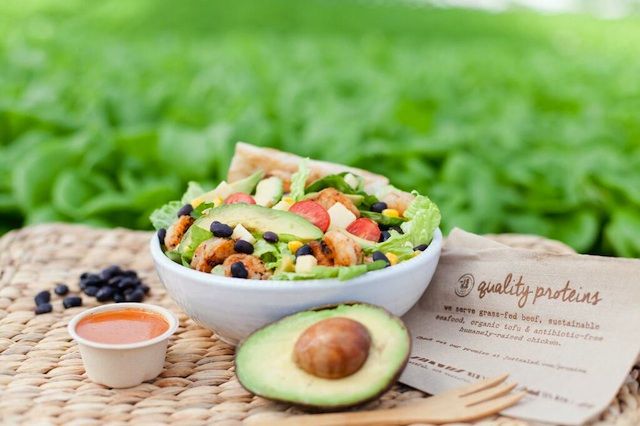 For Sneaking in Greens: Just Salad
New York imports are apparently in season, because another kid-friendly entrant is Just Salad. This Loop cafe is all about making healthy eating accessible with a menu of greens, wraps and smoothies. The first Chicago location of Just Salad manages to make salads appealing to veggie-averse kids through a miscellany of design-your-own choices, with ingredients including asparagus, hard-boiled eggs, avocado, butternut squash and black beans. It also doesn’t hurt that the shop had a salad inspired by the iconic Chicago hot dog, made with romaine, Italian sausage, giardiniera peppers, Parmesan, green peppers, celery and red onions. That’s a salad we can all get behind. 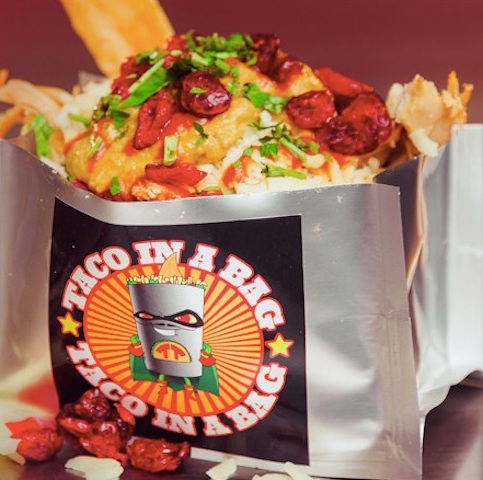 photo: Taco in a Bag

For Mexican on the Go: Taco in a Bag
When a couple of competitive eaters who call themselves the “Glutton Force Five” open a restaurant called Taco In a Bag, you have to go. Winners of Food Network’s “Food Court Wars” Patrick “Deep Dish” Bertoletti and Tim “Gravy” Brown are the geniuses behind this straightforward dose of Mexican comfort food in Lincoln Square. The signature menu item is otherwise known as a “walking taco,” served in a bag with layers of meat, sauce, tortilla chips and other optional toppings. Other more specialized versions include cheeseburger nachos, the Angry Bird made with braised chicken thigh and queso fresco, and pizza in a bag. 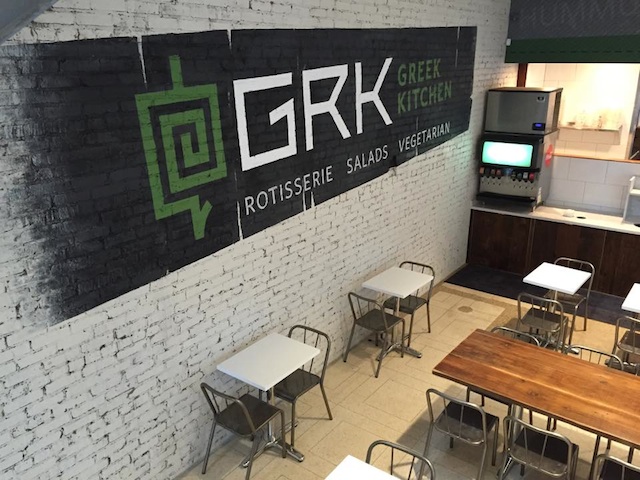 For Rooftop Views: GRK Greek Kitchen
Eating in Greektown is always a fun, festive ordeal filled with flaming cheese, doughy pita bread, and succulent slivers of gyro meat. But for families on the go, or in need of a fast and fresh lunch, the Greektown schtick is not always convenient. Here to save the day is the fast-casual GRK Greek Kitchen, which is quickly becoming Chicago’s Greek answer to Chipotle with three other locations scattered around downtown. Simply select your format — handheld, plate or salad — and pile on accoutrements, from falafel and chicken kabobs to grilled veggies and Greek sausage. The same chic downtown vibe is in place, complete with brick walls, terrazzo floors and limestone elements. Where this one differs is in the awe-inspiring rooftop space (fear not, acrophobes, it’s only the second floor), which will soon feature a small menu of chef-driven bites, salads and entrees. There’s also Greek frozen yogurt inside, for these upcoming heat waves. Fingers crossed. 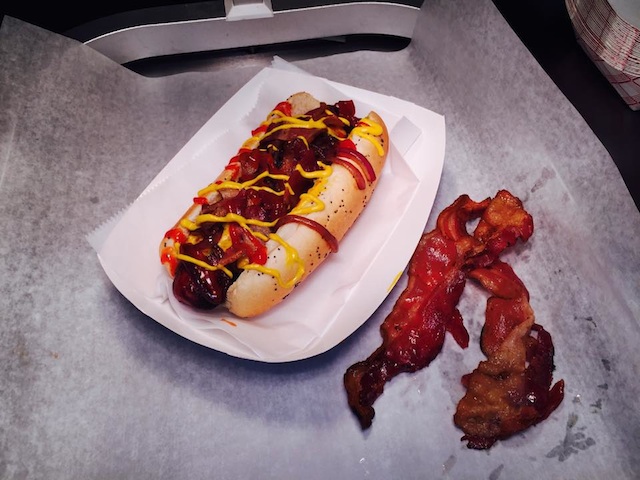 For Gourmet Dogs: Hot “G” Dog
When Hot Doug’s closed up shop last year, it left a void in Chicago’s haute hot dog scene. For anyone who preferred their weiners with a side of adventure (read: alligator sausage, Brie, Himalayan sea salt, etc.), it was hard to go back to the standard Chicago dog, as glorious as that may be. Well now you and your kids don’t have to settle, thanks to an Uptown hot dog shop keeping the Hot Doug’s legacy alive. Hot “G” Dog is a passion project from Juan Carlos Garcia and Octavio Garcia, two of Hot Doug’s former line cooks who have replicated the formula of wild sausages and toppings. Along with classic Chicago dogs and corn dogs, the adventurous menu runs the gamut from Santa Fe chicken sausage, kangaroo sausage and smoked shrimp. 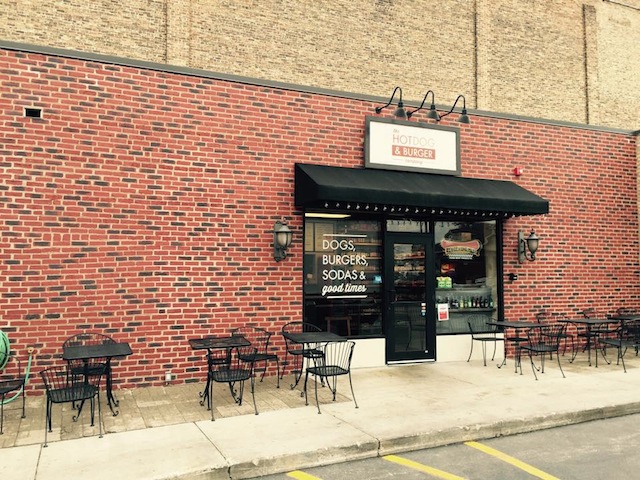 For a Quick Bite in the Western ‘Burbs: The Hot Dog & Burger Company
Speaking of hot dogs, the owner of popular Q-BBQ has re-branded and re-opened one of his hot dog concepts into an all-American new eatery in La Grange called The Hot Dog and Burger Company. Like Hot “G” Dog, this place skews contemporary with its menu offerings, which include stroganoff burgers, bacon bleu cheese hot dogs, gyro hot dogs, Parmesan-crusted patty melts and sriracha-spiced sausages. Along with the gourmet menu, the space is sleek and modern as well, polishing up the format for casual counter service hot dog joints. 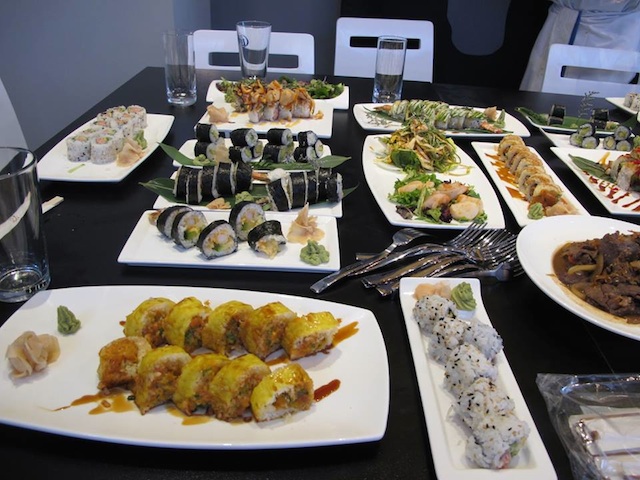 For an Intro to Sushi: Shakou
Your kids will grow to love sushi someday, so you might as well start ’em early. The Libertyville-based brand just opened a spinoff location in St. Charles. The space is contemporary, slick and urban, with the feel of a cosmopolitan restaurant juxtaposed by the cozy sense of community afforded by Main Street in downtown St. Charles. As an added bonus, Shakou runs the Shakou Cares program, which donates portions of proceeds to local charities. While the restaurant offers a designated kids’ menu filled with California rolls (aka: the gateway drug to full-fledged maki obsession), there’s a sea of kid-friendly options found throughout the rest of the menu. Think crispy fish sandwiches, chicken katsu sandwiches with American cheese and sweet chili sauce, and beef teriyaki bento boxes.

What is your new favorite restaurant for the whole family? Shout about it in the Comments!