The Best New Chapter Books for Kids in 2022 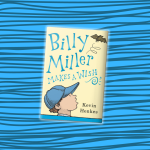 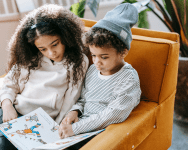 There’s nothing like curling up with a comic book and wiling away the hours, but today’s graphic novels are not the thin-papered joke mags of your youth. They are sophisticated, beautiful, sometimes genius new stories and adaptations of beloved classics that bring big topics to a visually-strong format. Whether your kids are reluctant readers or they can’t get enough, here are graphic novels for teens and tweens that are full of beauty, hope, truth, and adventure.

Both volumes of the graphic novel version of Neil Gaiman’s infamous “The Graveyard Book” in one, even if your kids have read the original they’ll enjoy this richly illustrated version of Gaiman’s Jungle-book-inspired tale of a child who is raised by ghosts and a vampiric cemetery caretaker. Delightfully spooky. Ages: 8 to 12+.

Lucy Maud Montgomery's 1908 novel gets a fresh update in this perfect adaptation of the first of the “Anne with an e” series of books. The illustrations bring the beauty of Prince Edward Island and the characters to life. If you’ve always wanted your kids to love Anne of Green Gables as much as you do, this graphic novel will get them hooked. Ages: 7 to 12+

Both of these completely original graphic novels will invoke giggles galore as Barb the Berzerker and her trusty sidekick-yet, Porkchop, tackle big problems for a little warrior. In book one we’re introduced to Barb, who is one of a group that protects the land of Balliwick from monsters. All of the Berzerkers are attacked and only Barb escapes the evil Witch Head, taking the Witch’s Shadow Blade with her. Book 2 (Barb & the Ghost Blade) finds Barb and Porkchop infiltrating Maug Horn, the capital where only monsters are allowed, in order to rescue them. Ages 8: to 12+

Coming in August 2022, everybody’s favorite vampiric bunny, Bunnicula, is making his graphic novel debut! A perfectly sweet and innocent (seeming) rabbit, Monroe, is the newest pet in the household and Chester the cat and Harold the dog find him highly suspicious. Available for pre-order now.

If your tweens aren’t obsessed with the dragon-laden, bestselling Wings of Fire novels yet, the graphic novel set will guarantee they soon will be. This four-book set includes the graphic novel adaptations of "The Dragonet Prophecy," "The Lost Heir," "The Hidden Kingdom" and "The Dark Secret." The fabulous, fiery-five (dragons) embark on one adventure after another discovering their destiny and learning about their friendship in the process. It’s like Paw-Patrol on tween-approved, dragonberry superfruit steroids with a splash of Percy Jackson-like fantasy. Ages: 8 to 12.

Long Way Down by Jason Reynolds, illustrated by Danica Novgorodoff

This adaptation of Jason Reynold’s Newbery Honor, Printz Honor, and Coretta Scott King Honor-winning novel brings the gripping, heart-wrenching story of gun violence to an illustrated graphic novel form. Like the novel, Reynold’s uses verse to tell the story of 15-year-old Will, whose older brother Shawn has been murdered. The temporal space of the story takes place inside an elevator, and what Will discovers on the long, long, way down to the ground floor. It’s a hard-hitting book about choices told with the beauty of words that have become Reynold’s calling card: driven poetic verse that is intelligent, haunting and relevant, allowing kids to relate to the art of story and the real world all at once. Ages: 9 and up.

The Lightning Thief: The Graphic Novel by Rick Riordan, adapted by Robert Venditti, illustrated by Attila Futaki and Jose Villarrubia

Whether your kids are already fans of Rick Riordan’s genius Percy Jackson series or they need an intro to it, this graphic novel should be on their shelf. Devotees of Rick Riordan’s smart, funny, adventure-packed books will devour the Riordan-approved graphic novel versions, and hesitant readers will benefit from the shorter form and illustrations, getting them hooked on the story in no time: we’re betting they might even tackle the bigger books after reading this exciting graphic novel version. Either way, it’s a win-win. And parents, you can get up-to-speed on the plot points before the new TV series drops on Disney+ early next year (according to rumors). Ages: 9 to 12+.

Witches of Brooklyn by Sophie Escabasse

If you’re used to stories where witches live in a creepy little house in a darkened wood, get ready to be delighted by the witches that live right in the heart of the city, in Brooklyn, to be exact. Join little Effie as she discovers magic in her neighborhood and in her own family. There are three books in this series, the third one comes out in September 2022, so get the other two and get caught up. Ages: 8 & up.

Part of Portable Press’ “Show Me History!” series, kids will learn all about Harriet Tubman and the incredible risks she took to escape slavery and ensure that others could to. Accessible to kids of many reading levels, the graphic novel helps kids realize the impact of Tubman as she comes to life as a real-life superhero, one who stood up for true freedom even when she faced losing absolutely everything. They’ll read and see this groundbreaking woman’s story in a way they haven’t before. Ages: 8 to 12+.

The Girl from the Sea by Molly Knox Ostertag

From the author of the Witch Boy trilogy comes another story imbued with magic and mythology with the complexity of emotions as Morgan, a teenage girl, longs to escape the island she lives on because of a secret she is afraid to share—that she wants to kiss another girl. Morgan is saved from drowning by a selkie girl named Keltie and they fall in love, but Keltie has plenty of her own secrets. Gorgeously, magically illustrated, this is a much-needed, gay-positive, lesbian-forward book in a genre that has historically focused on cis-relationships. If you’re worried about exposing your kids to the truth that being gay is normal and beautiful, this might not be the book for you. Ages: 11 & up (could skew younger depending on your child).

War is a big thing for kids to comprehend, and WWII and the holocaust may seem like abstract concepts for young readers. Reading the Diary of Anne Frank connects children to a child’s view of war and this adaptation, beautifully done by Ari Folman, brings the story to life for a new generation of kids. Use this book to help bridge the gap between reading about war in history books and hearing about war on the daily news. This graphic novel is authorized by the Anne Frank Foundation and includes quotes directly from Anne Frank’s Diary. It’s important to note that the direct quotes include excerpts from Anne’s diary (quotes that may have been omitted in the version you read as a kid), in which she discusses teenage-appropriate sex topics such as genitalia and desire, so the age recommendation depends on where you are at with your own kid’s sex education. In addition, this is the kind of book that should be discussed with kids to help them comprehend the topics, so it’s worth reading through yourself first to familiarize yourself with the text. Ages: 13 & up, or read it and evaluate for younger kids first.

They Called Us Enemy by George Takei, Justin Eisnger, and Steven Scott, illustrated by Harmony Becker

While learning about the Holocaust is a vital part of history's curriculum, the story of what happened to hundreds of thousands of Americans of Japanese descent during World War II is sometimes overlooked or under-emphasized in history lessons. In "They Called Us Enemy," we learn the story of an actor, author and activist George Takei's childhood when he and his family were imprisoned in an American concentration camp during World War II. After the bombing of Pearl Harbor, Americans of Japanese descent were viewed as a threat to national security. Under the orders of then-President Franklin D. Roosevelt, men, women, and children were rounded up and forced to relocate, leaving behind their homes, businesses, and possessions. A powerful look at racism and what it means to be an American, this is Takei's memoir, but it is also the story of many. Shining much-needed light on the atrocities of World War II on American soil and legalized racism, the book invites a frank discussion about the not-so-distant past and the current state of anti-Asian hate in the United States. Ages: 11 & up, and an excellent one to read simultaneously as your child to invite conversation about hate crimes, war, and anti-Asian hate in the United States today.

Maus I: A Survivor's Tale: My Father Bleeds History by Art Spiegelman

There’s a reason this is a Pulitzer Prize winner and has been a go-to book for young adults to read since the mid-1980s. It’s a brutally truthful depiction of the Holocaust, where Jews are portrayed as mice rounded up by the Nazis (depicted as evil cats). Be mindful of the recommended age for this book; while it’s an important work that helps kids understand the magnitude of destruction and utter horror of the Holocaust and racism, it is a graphic novel, and though younger kids may be able to read it, they may not be emotionally mature enough to digest the images and meaning. This isn’t one to toss at the kids and let them process on their own—it can and should invite frank, honest discussions with kids about how to keep history from repeating itself. Don’t let the illustrations fool you: this book presents complex issues about war, cruelty, racism, and inherited trauma. Even if you read this as a kid, we recommend scanning it again before giving it to your kids. Ages: 14 & up, but please read and consider if it's age-appropriate for your children. Book 1 of 2.