20 Things from Trader Joe’s That Picky Eaters Will Love

22 Desserts You Need to Try Tonight

No matter how you spell it (donut or doughnut?) LA is a doughnut town thanks to glaze-blazers like Ted Ngoy aka: The Donut King who helped proliferate doughnut shops across SoCal. And in true LA-style, the following doughnut shops have put their own twist on the not-just-for-breakfast treat. Here’s our list for the best doughnuts in Los Angeles that are worth making an extra special trip to another part of town—traffic (and calories) be damned.

Consistently recognized as having the best doughnuts in LA, Sidecar has a cult-like following thanks to their creative, small batch flavors that showcases seasonal ingredients. Their Maple Bacon is probably their most well-known but we think the Saigon Cinnamon Crumb and the Dulce de Leche Churro is the cat's meow.

Pro Tip: The Malasada (pictured) is stuffed doughnut fill with a custom flavor, rolled in cardamom sugar and is only available on Mon. so plan your trip accordingly.

Good to Know: A Culver City outpost is set to open any day now!

RELATED: 30 Fun Things to Do with Kids in Santa Monica

The only reason to even hesitate ever taking a bite of these delightful doughnuts is that they are just so ridiculously adorable—doughnuts decorated to look like things that aren't doughnuts get us every time. While they are known for their rotund pigs and cows, they've pulled together "sushi" boxes, "Among Us" characters, a box of "fruit" and more. For a specialty box, email your order at least 24-48 hours in advance. 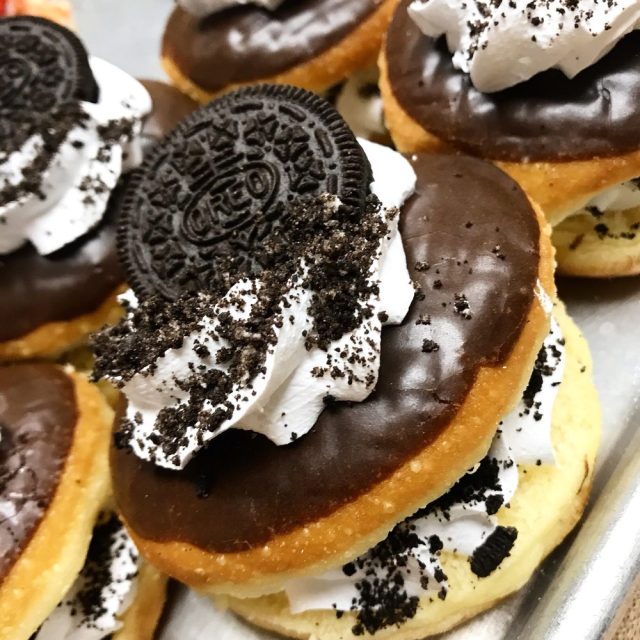 Sesame Street fans will go ga-ga for the awesome specialty donuts decorated to look like Elmo and Cookie Monster. Cute and cuddly is not the only form Colorado’s Donuts come in though. They also offer creative concoctions that seem like they came straight from a five-year old’s mind, like cronuts crammed with Oreos and Reese’s Peanut Butter Cups, because why choose one flavor when you can have both?

This Portland transplant is now a best-in-LA doughnut staple. These artisanal, crafted doughnuts are simple compared to the dessert explosions of their competitors but that's what makes them so appealing for young palates. Brioche-style, they are light as air so you won’t be left with that rock-in-the-pit-of-your-belly feeling after eating them.

A post shared by B Sweet | Dessert | Coffee&Tea (@mybsweet)

Think you can't improve on the doughnut? What about stuffing one with delicious ice cream? Donut ice cream sandwiches are the sweet bomb and B Sweet Dessert Bar is one of the originators of this tasty trend. The Hot Pressed Halo, as it's called, features ice cream of your choice, heat-sealed inside of a glazed doughnut. We petty convinced the 'B' in B Sweet stands for Brilliant. 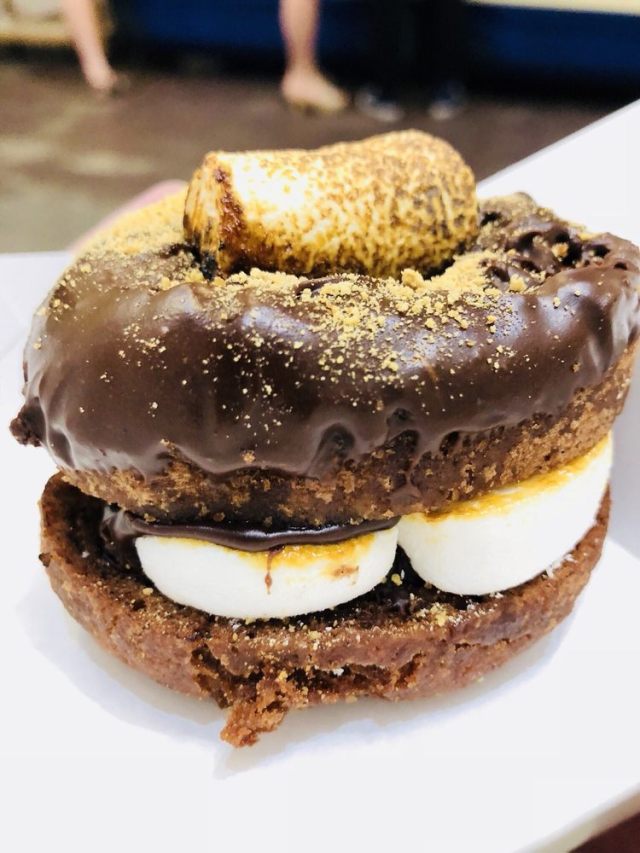 While their customizable doughnuts are still on pause due to COVID, you can still choose a buffet-worth of doughnuts from their signature compilations, like Strawberrylab and Angry Samoa. Head over to York Park playground after so you can burn off all of that sugar-laden energy or if you're around ROW DTLA on a Sun., swing by SmorgasburgLA for a visit with your best Donut Friend.

Good to Know: Not only are all of their doughnuts vegan, you can order a giant doughnut that is 7-8" in diameter. 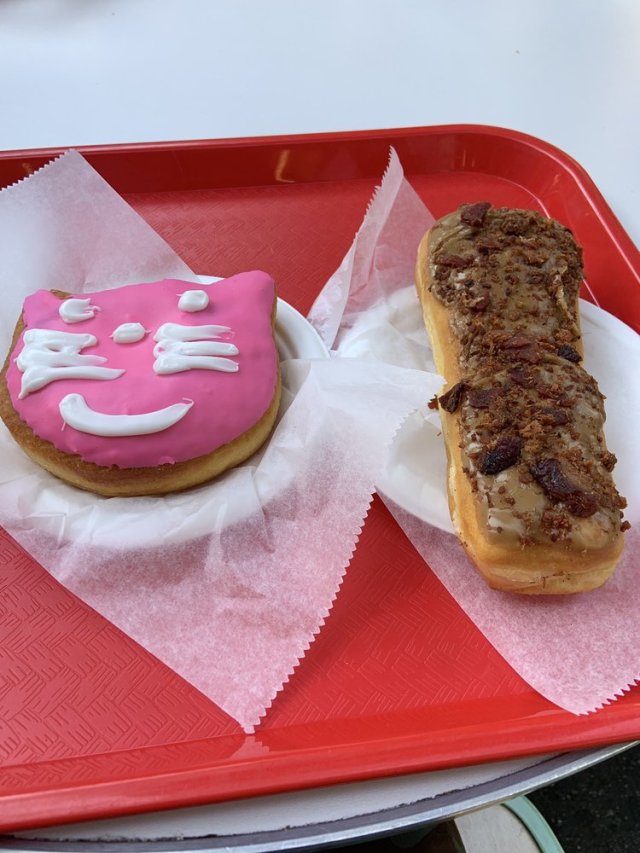 Located in The Original Farmer's Market, these made-fresh daily doughnuts have legions of fans willing to line and wait (yep, they're that good!). Nothing beats the classic glazed but the Maple Bacon Bar gets two thumbs up as well. Kids will love the dinosaur and Hello Kitty shapes.

Pro Tip: It's cash only. 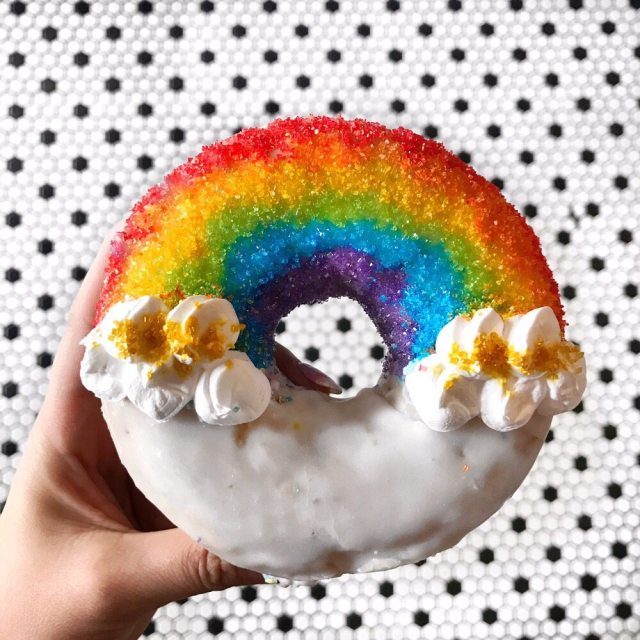 Their signature doughnut flavors include Horchata Twist with Dulce de Leche, Candied Bacon Maple and Cinnamon Toast Crunch, but they also rotate and feature all kinds of specialty glazes and toppings to wow your donut connoisseurs. YUM. Oh, and did we mention they also serve fried chicken? 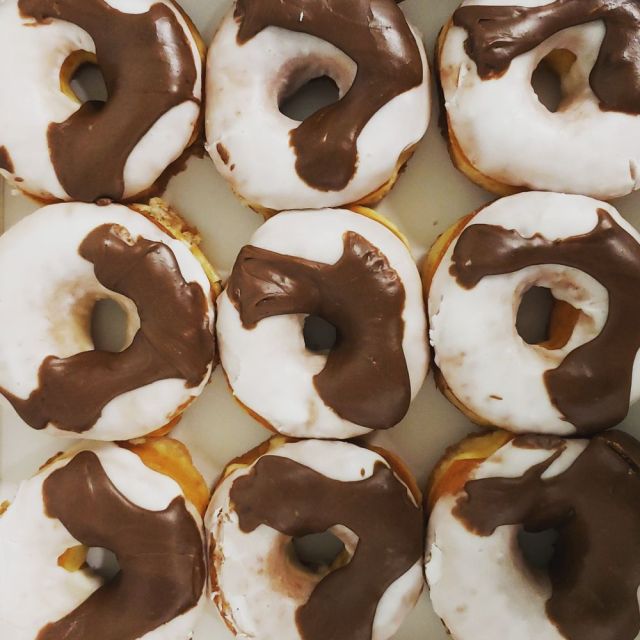 Blinkie’s has been a Woodland Hills doughnut staple (and Kardashian go-to) for good reason. Though they offer a wide variety of doughnut flavors the simple, glazed black and whites are hands-down the best. Despite being large in size and taste, these babies are light as air. 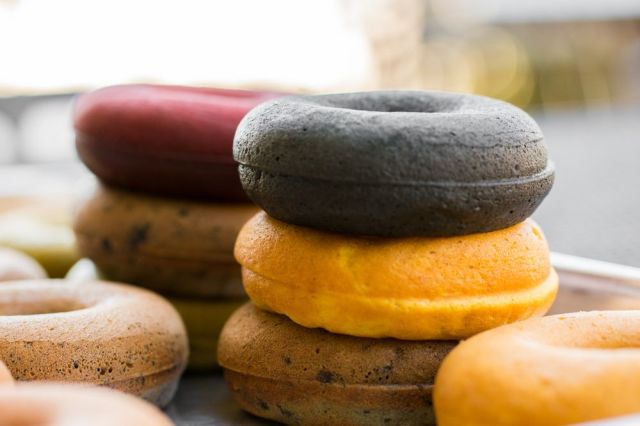 These GMO and gluten-free doughnuts are baked (not fried) and may not look as razzle-dazzle as some of the others on our list, but their simple, cake-like flavor won our kid tester's shinning approval. They offer straight-forward flavors, like double chocolate, banana bread and red velvet. 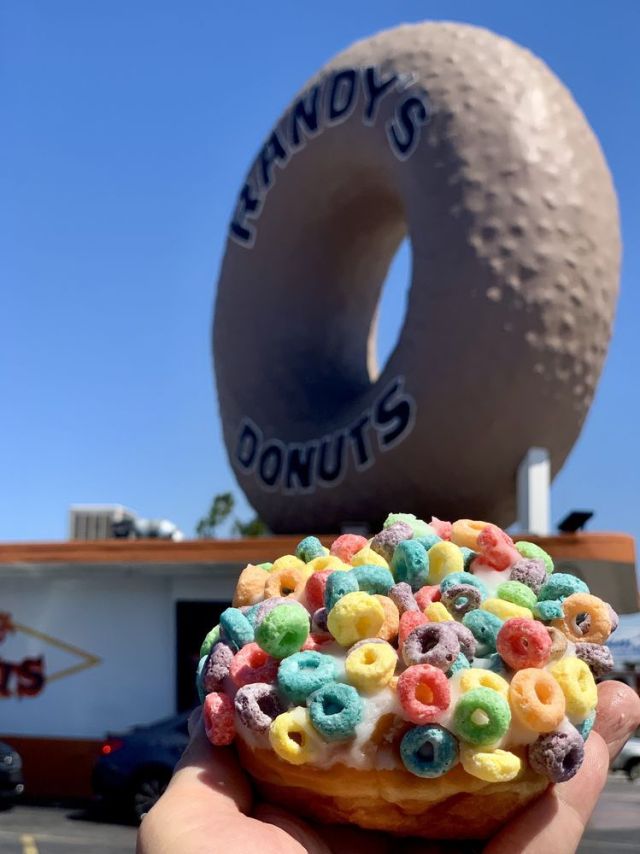 Despite all the new pop-ups, LA is still filled with dozens of old-school doughnut shops that are well-worth a visit, and the most iconic by far is Randy’s. A glimpse of the giant doughnut sitting on top of the roof alone will excite your pint-sized doughnut lovers. If you hit the original location, there's no real space to hang out here, so grab a dozen of the classics and head over to the grassy knoll near LAX to watch airplanes land. Best morning ever. 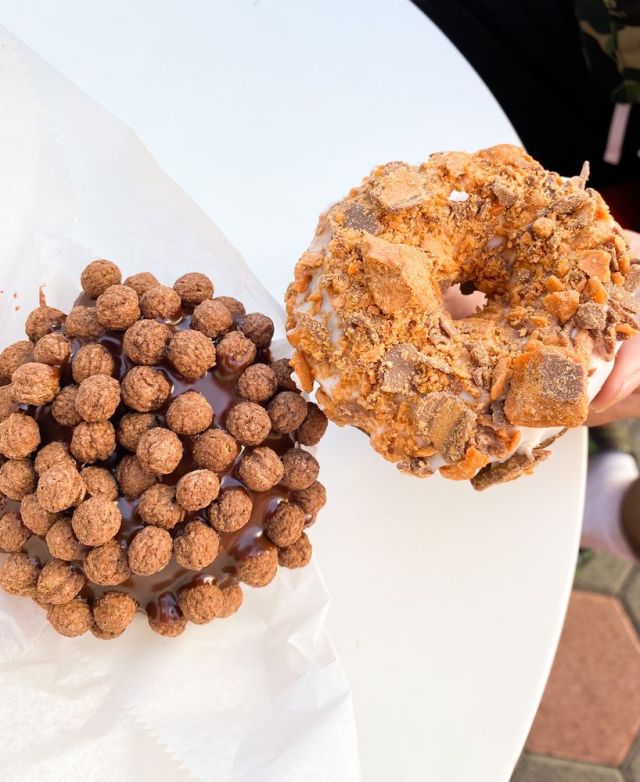 Sienna B. via Yelp

The first LA location of this time-honored Portland doughnut tradition is a must-stop when you’re headed to the Universal CityWalk. The first thing your doughnut-loving tots are sure to notice is the bright pink color everywhere. That, and the gigantic voodoo doughnut that greets you out front. The only thing more exciting is the doughnut case inside. With flavors like Grape Ape, Mango Tango, the Voodoo Bubble, Bacon Maple Bar, The Homer, Triple Chocolate and Butterfinger, you will definitely fulfill everyone’s sugar fix.

Work Off a Sugar Rush with These Kid-Friendly Hikes
Have You Been to These Hidden Gems in LA?
These Restaurants Serve Great Food While Your Kid Can Run Around