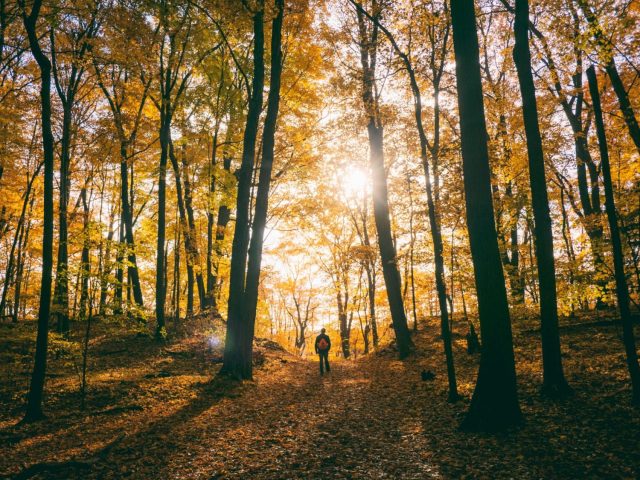 Marcia.  Laura.  The Fonz.  Batman.  The Angels.  Gilligan.  Staples of childhood stay-up-late TV watching (whether in first run or on Nick at Nite).  And lo and behold, your own mini ones are now old enough to sing along to the Brady Bunch theme and cry along with Pa, Ma and Half-Pint.  So introduce them to the TV pals of your youth (via your TV pals of today: Tivo, Netflik, Roku and YouTube!), and then go on a family excursion to check out the real-life homes of your childhood heroes. “The Brady Bunch” Home
Here’s the story, of a house called Brady… Tucked away on a side street near the LA River in North Hollywood, the split-level home of America’s first ‘blended’ family still stands. As lovingly ‘designed by architect Mike Brady’, the exterior has changed over the years, but fans of “Marcia, Marcia, Marcia” will still easily recognize the spot. The house is private property, and bounded by a fence to ward off fans who loved the show the way Marcia loved Davy Jones.

Related: All the Places to Eat & Play While in Studio City. The “Fantasy Island” Cottage
“The Plane! The Plane!” Campy melodrama at its best, “Fantasy Island” was a favorite reason to stay up late on Saturday nights. For a mere (pre-inflation) $50,000, dreams became reality, courtesy of dreamboat Ricardo Montalban, aka Mr. Roarke. Fortunately, dreamers can still visit the bungalow in which his sidekick Tattoo rang the bell to announce each week’s lucky guest. The Queen Ann Cottage at the LA Arboretum in Arcadia is even open to the public where twice a year, the Arboretum hosts tours at the Queen Anne Cottage.

Nearby: Sample savory dumplings and fruit-flavored shave ice at one of the many local eateries along Baldwin Avenue. Or stop by Westfield Santa Ana for snacks and shopping. “Batman” Bat Cave and Wayne Manor
Holy hiking Batman! Did you know that hikers in Griffith Park can explore the ‘Bat Cave’? Bronson Canyon caves, north of Canyon Drive in the Hollywood Hills is a perfectly picturesque place to take the kiddos for exercise mixed with a little BIF! POW! BAM! as they explore the spot where Batman and Robin stashed the Batmobile.  Superhero aficionados of all ages – particularly fans of the campy 60’s TV show  – can also cruise to Wayne Manor, better known as Greystone Mansion in the trendy Trousdale area of Beverly Hills.

Nearby: Nearby Vermont and Hillhurst Avenues boast the best choice for window-shopping and healthy sidewalk eateries, including Alcove Café and Home.

Nearby: After a romp around the Greystone grounds, expose your mini media mavens a clip or two at the Museum of Broadcasting on Beverly Drive, close to Tom’s Toys, Ice Cream Lab and Sprinkles flagship store.

“Gilligan’s Island” Harbor
The shipwrecked S.S. Minnow was the premise for the entertaining antics of Gilligan, the Skipper, his crew and 3-hour tour passengers.  The series filmed in Hawaii during its inaugural season, but the boat returned to roost in Marina Del Rey during the 2nd season, where Fisherman’s Village served at setting for the opening credits. With the site now being overhauled, landlubbing little ones can wander the gangway leading to the slip where the small craft supposedly stayed during its time at dock.

Nearby: Burton Chace Park is a local hangout for kite-flying, summer concerts and a knockout view of the Marina harbor. Stroll down to Waterside Mall for a quick bite at Sugarfish, Mendocino Farms, The Counter or other family-friendly spots. “Happy Days” House
Sunday, Monday, anyday 50s fans and friends of the Fonz can catch a glimpse of the Cunningham’s house on Cahuenga in the Wilshire district not far from Paramount Studios. The Hancock Park home is atypical of SoCal architecture, picture-perfect for the Midwestern Milwaukee locale where Happy Days was set.

Nearby: Koreatown rocks the Miracle Mile with the Korean Cultural Center, shopping centers, BBQ and boba. “The Beverly Hillbillies” Mansion
Jed Clampett cruised into Beverly Hills in his ancient backwoods jalopy, right up to this site that’s actually not in Beverly Hills, but rather in nearby Bel Air. Formerly known as Kirkeby Mansion, the main residence has since been reconstructed, now with an underground garage (which would have served the Clampett family well). Ellie May’s pet critters may still lurk in the bushes, though the original ornamental gate is gone.

Nearby neighborhood: The Glen Center at the top of Beverly Glen is an unharried destination for a light lunch at Charlie’s Pantry, with its old-school (albeit marble) counter and homemade meringues, smoothies and juices. Steps away is Glen Kids with a swoon-worthy selection of fun fashion for itty-bitty babes to trendy tweens. “Charlie’s Angels” Townsend Agency
The mysterious Svengali-like presence of Charlie Townsend was (almost) as compelling as the unorthodox detectives he supervised in each episode. The classic brick facade of Charlie’s agency stands at So. Robertson Blvd in Beverly Hills, now painted with a glossy black door and red awnings for a European appliance manufacturer. Some remember it best as the show that launched more haircuts than a Friends’ episode and more posters than Kate Upton may sell in her lifetime.  Now housing a Miele showroom, stop in for a quiet vacuum demo or the latest in dishwasher tech.  Or strike a pose, Angel style.

Nearby: Delectable treats await on Beverly Drive at Bouchon Bakery. Soak up sun in the adjacent park while the kiddos run through the grass and study the fountains. Little House on the Prairie
Spanning 10 years on the small screen, Little House was a part of many of our childhoods. Big Sky Ranch in Simi Valley served as stand-in for the real-life trials and tribulations of the Ingalls family. Originally published in the 30s, Ingalls Wilder’s stories sprung to life due in large part to Michael Landon who produced the popular drama from the mid 70s to mid 80s. (And just might be the reason our moms would watch the show with us!) The ranch continues to play a starring role in TV and features, recently seen in Saving Mr. Banks as P.L. Travers’ Australian home.

Nearby: Continue on 118 West to 23 South to visit the Reagan Presidential Library