Kunis nails the role of Ani in the upcoming Netflix drama

There’s a new trailer for the Netflix drama Luckiest Girl Alive, and it looks even better than expected. The big reason? Mila Kunis stars as Ani FaNelli (“Ahhh-nee”—not “Annie”), bringing the pages of the Jessica Knoll’s best-selling novel to life.

“She will cut you if you don’t get it right,” Knoll, who is also the screenwriter, said of the character. In the film adaption, the mother-of-two plays a no-nonsense New Yorker whose life is the stuff of, well, movies. That means “a sought-after position at a glossy magazine, a killer wardrobe, and a dream Nantucket wedding on the horizon,” per the Netflix description. “But when the director of a crime documentary invites her to tell her side of the shocking incident that took place when she was a teenager at the prestigious Brentley School, Ani is forced to confront a dark truth that threatens to unravel her meticulously crafted life.”

Ani is about to walk down the aisle with her wealthy fiancé (Finn Wittrock), who has no idea about her past life. “She has normalized a lot of what has happened to her and tried to compartmentalize it, put it behind that door, and get on with her life,” Knoll added.

Knoll connected to Ani, saying, “There was so much of my own story and experience embedded in this character. It was really important to me that I be the one to tell it.”

The film is split between the polished life Ani has created for herself as an adult and the horror of her teenage years. It’s equal parts thriller, mystery, and look at what happens when you try to ignore the past.

So proud to be a part of this film made by menschy, wickedly talented people. Fasten your seatbelts. It’s out on @netflix 10/7. #luckiestgirlalive #lolo pic.twitter.com/9wgzW75o3C

Knoll said she didn’t initially picture Kunis for the role but that quickly changed. “In my eyes, she’s [that girl] who starts as a bottled blonde and then ends up paying $1,000 for highlights. I never would have thought of her on my own, but seeing her on set and seeing her perform some of these more controversial lines, [I realized] how easily it could have gone sideways if we’d had anyone else in that role,” she said. “I don’t think anyone but Mila could have done it.” 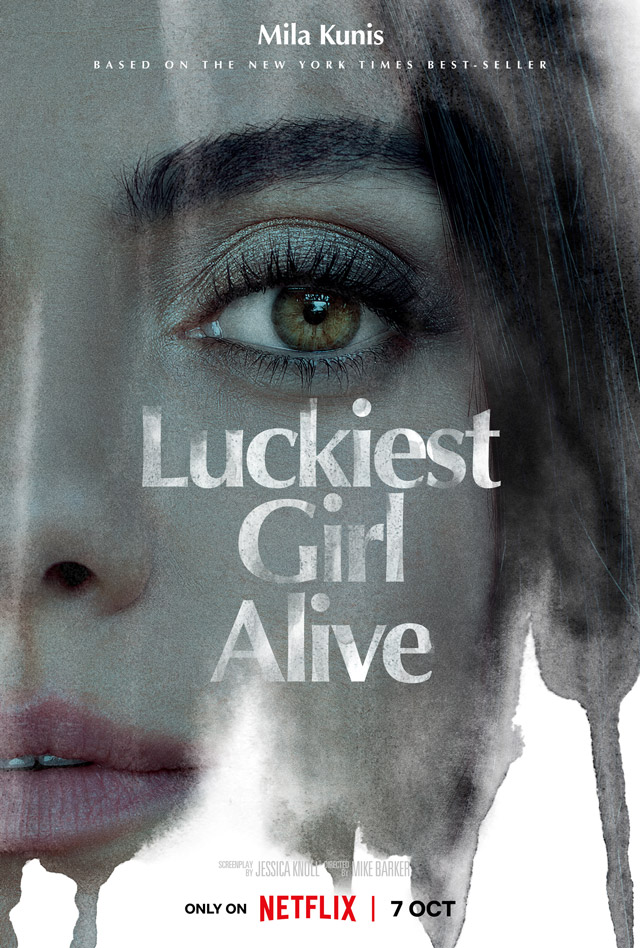 The film will be available on Netflix on October 7.