Swiss Miss Whipped Cream Is Here for Your Holiday Desserts 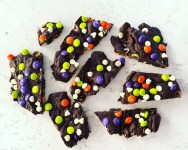 Creating a Monster Cake for My Little Monster

Here’s How You Make Disney’s Dole Whip at Home

Breakfast is the most important meal of the day but we often run out of breakfast ideas and there’s no sweeter way to start off the day than with a donut! We’ve done the work for you and scouted the best donut shops in the Bay Area (a tough job that we’re happy to do). From classic flavors to wacky combinations, gigantic sizes to minis, there will be something on the menu for adventurous adults to safe-betting kids. 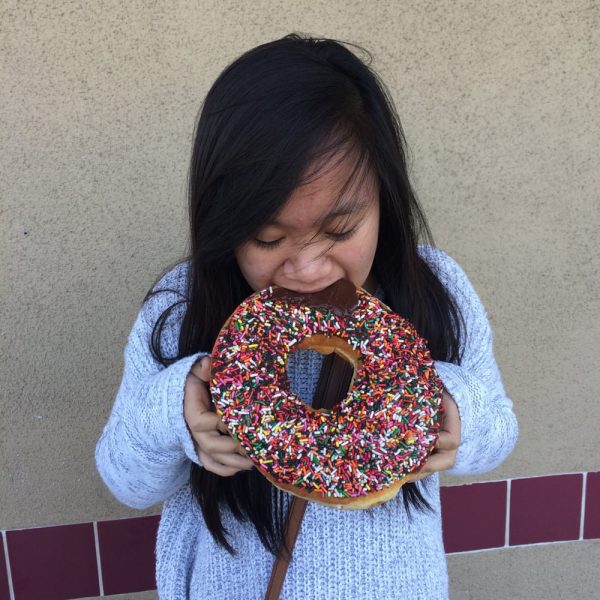 This San Francisco staple serves up classic flavors and familiar bites satisfying donut cravings at either their Polk St store (open 24/7) or their new Baker St location.If you want to see the eyes of your kiddos light up in wonder, order the novelty gigantic donut which comes in a handful of flavors such as glazed, crumbles and chocolate. It’s bigger than an adult head and if you eat the entire donut in under two minutes Bob’s Donut will give it to you for free and will list your name on their Hall of Fame page.

Husband and wife team Joyce and Paul decided to bring their love of donuts straight to the outer sunset neighborhood. Traditional donuts are served during the week but the flavors take on a new, fun and nutty twist on the weekends with PB&J, Nutty Monkey and Milky Way Under A Salt!

For an extra special outing, head to Pier 39 to see the wharf and grab a bucket of mini donuts sprinkled with sugar for you and the kids to share. As an added bonus, when the donuts are eaten up you can use the bucket as a sand toy. Win-win kids! 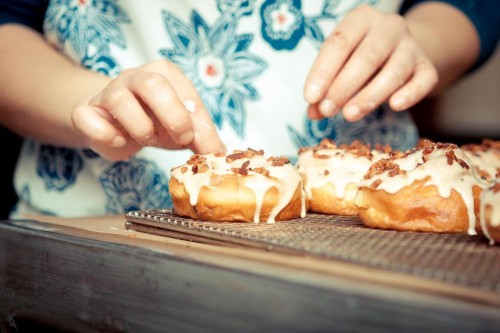 If your kids have fancy palettes and a taste for adventure, check out Dynamo Donut & Coffee. With flavors like Chocolate Rose, Passionfruit Milk Chocolate and Bitter Queen, your taste buds will be popping as will your blood sugar levels. Also, check out their kiosk in the Marina on the SF Bay Trail if trekking to the Mission isn’t an option.

You definitely don't want to leave this one off your list of the best donuts in the Bay Area. Mochill Mochidonut serves up the most gorgeously-delicious mochi donuts in the land. If you haven't tried one yet, they are so crunchy and light, you'll definitely have room for more than one. Kids crave the fruity pebbles while adults opt for refined flavors like matcha.

Rainbow Donuts Ι Berkeley
Donuts and croissants are made constantly throughout the day which means Rainbow Donuts serves up some of the freshest donuts in town. The wildly popular unicorn donut is a crowd favorite for kids and adults alike and their savory breakfast sandwiches are also delicious!

Kingpin Donuts Ι Berkeley
This donut shop has been around since the 1930s so it’s safe to say they’re doing something right. With classic flavors made the way grandma used to make donuts, this is a no-frills and yummy donut stop in the East Bay. 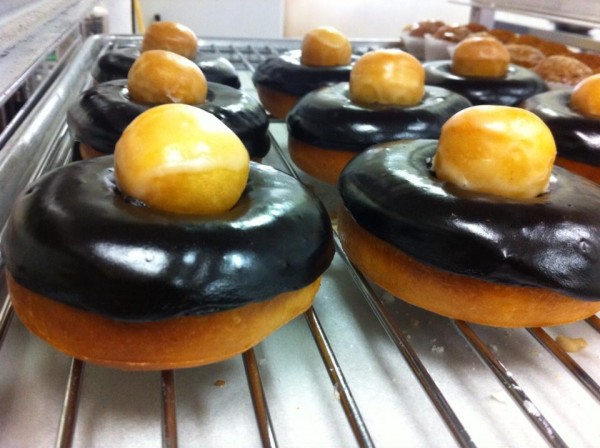 Do you ever walk into a donut shop and think you’d really love to take a bite of all of the flavors? Well, now you can! Donut Savant keeps the menu tiny—referring to the size of the donut only. With an entire menu of donut holes and minis you’ll be able to indulge in all your favorite flavors. What kid doesn’t love variety?

If organic vegan donuts are what you crave, this is the spot for you. Donut Farm has been serving up this delicious treat to Oaklanders for over 15 years and we know you'll love it. Try the Mexican hot chocolate, blueberry or a straight-up plain—you won't be disappointed.

Also serving at The Ferry Building on Tues., Thurs.-Sun.

Bun Appetit Donuts Ι Fremont
Its not uncommon to find a line out the door because this donut spot is so hot but we promise it will be well worth the wait! The famed Everything donut filled with cream cheese sells out regularly so consider yourself lucky if you can get your hands on one. Verve coffee is also served here along with savory sandwiches and avocado toast.

Just opened, this spot offers mochi donuts and you're going to love them. Pre-order from their website to skip the line before you head over as they offer five weekly flavors (currently black sesame, churro, cookies & cream, matcha, pandan, milk chocolate and lilikoi) with two daily specials. Complete your sugar rush with a black sesame or ube soy latte for a super charged morning to run after the kids!

Royal Donuts Cafe | Burlingame
Don't let the unassuming outside fool you—this neighborhood gem is a favorite with locals. Whether you're in the mood for bacon and pancakes or a chorizo burrito and half a dozen glazed donuts, Royal Donuts cafe has your family covered.

Self-proclaimed as the Bay Area’s wackiest donut shop, they serve up a menu of unconventional flavors that are too good to be true. Kids will be left speechless with flavors such as “Cereal Killer,” a glazed donut topped with fruity cereal flakes—a customer favorite; “Fung Shui,” a donut with green tea icing, chocolate chips and a vanilla drizzle; or “Nutter Cup,” a donut with Nutella icing and peanut butter and Butterfinger dust.

Another mom and pop donut shop, this San Jose spot is a favorite for those who like their donuts classic. The friendly owners pride themselves in remembering customers' favorite orders. You'll always feel welcomed when you visit. Pro tip: don't skip out on the cinnamon rolls. 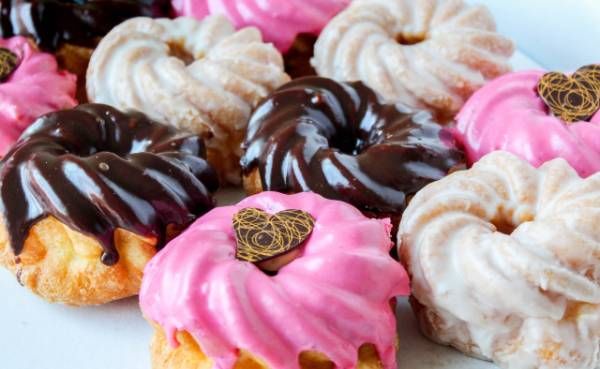 Anyone who considers themselves a donut lover will love Stan's! Old-school donuts are where it's at when you head to Stan's Donuts as they've been in business since 1959. Stan and Tina Wittmayer and their nine children started this donut shop and it has remained within the family since. Kids love sitting at the counter with their long john and watching as they make the donuts and dunk them in glaze. 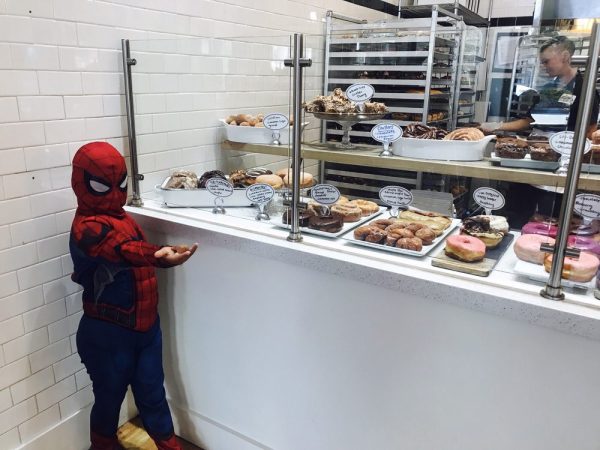 Don’t be surprised after your first visit if your kids start requesting Johnny Doughnuts in lieu of a birthday cake. Or heck, that goes for mom and dad, too! These donuts are lip smacking good and are made with local ingredients. Classic donuts with a twist, like the Orange Your Glad donut, or the homemade jam and custards that are filled into fluffy fried bread, will have your kids asking for more.

The kids will flip for this spot's signature donut, the foot-shaped long john (it's quite tasty once you get past the foot factor). Other favorites include the sugar-covered donut holes and the big donut that is 10 inches across and makes the perfect birthday donut.

This 100% gluten free cafe bakery is super popular even among those without dietary restrictions because owner Heather Hardcastle uses techniques she learned at the Culinary Institute of America to master gluten-free breads, cookies, donuts and treats. Come for the donut and pick up lunch! 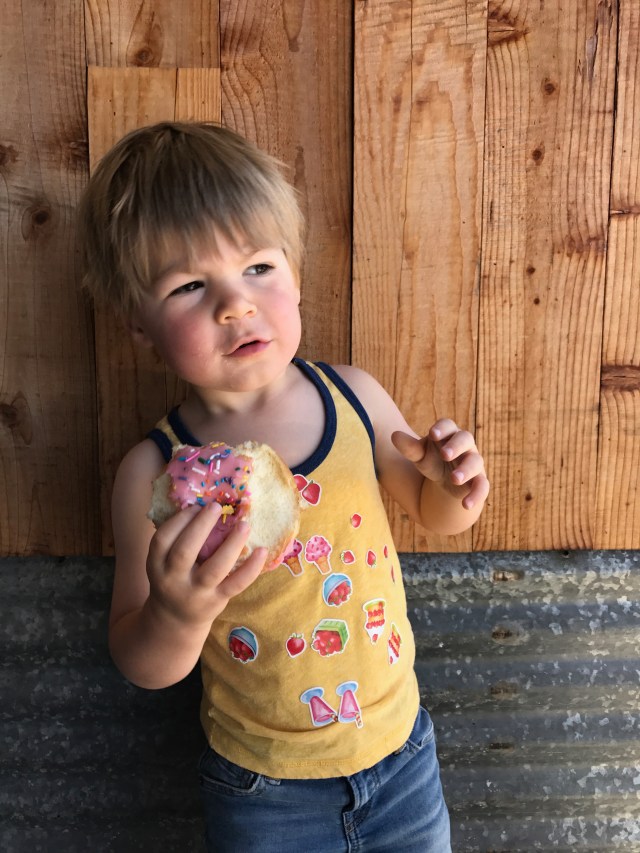 Whole Foods has a sugary secret, they have some of the best vegan donuts in the Bay Area! If foraging a trip to a specialty donut shop isn’t in the cards and tummies are growling, head to the nearest Whole Foods for a special treat. Your hungry gremlins will be none the wiser with vegan choices such as maple glazed, chocolate, crumble and more.