Some might see a torn-up front yard as a reason not to host a party at home. For Bellevue mom, Lauren R. it was an opportunity! The family was in the process of landscaping when she decided the front yard rubble was the perfect “dig site” for her five year old son’s party. The dinosaur invites (from Everything Party in Redmond) were embellished by mom with a photo of the birthday boy nestled amongst the dinosaurs. 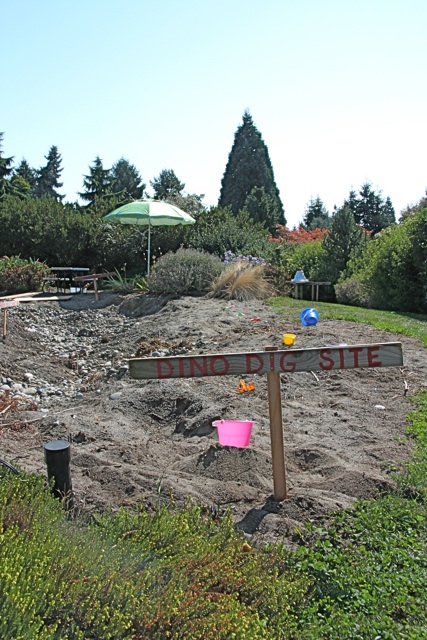 Decor included grass skirts and tiki torches (plus all of their indoor plants) for a jungle feel. Each child was given a Jr. Paleontologist name tag and plastic pith helmet and they played with dinosaur toys, books and puzzles while waiting for the other guests. Once everyone arrived, they ventured out to the “dig site’ where everyone was instructed to dig for one dino “egg” and 2 marbles (eyes). The eggs were homemade by mom from a recipe she found online. 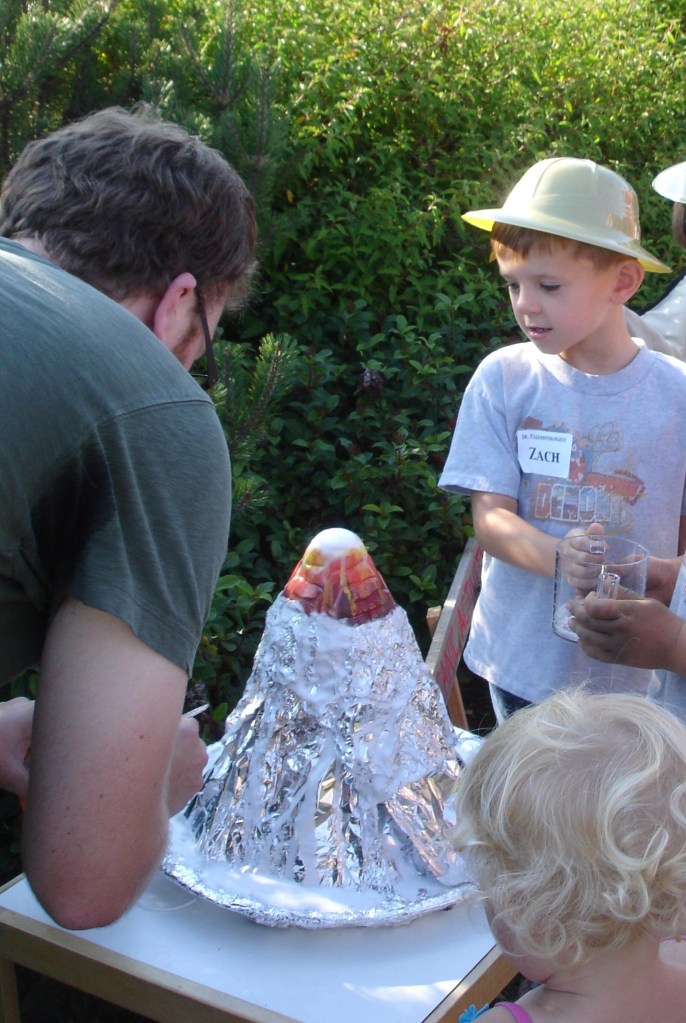 When the kids found their egg, they cracked them open with a hammer to find a keepsake dinosaur inside. Magnifying glasses were available to examine their findings. Partygoers each had a turn at making a volcano erupt with a little help from baking soda, vinegar…and the birthday boy’s uncle/mad scientist. The volcano was made from a plaster cast and painted by mom and son. Handpainted signs on old fence boards marked each activity. Kids also had fun “hatching” dinosaur eggs by sitting on balloons with a toy dino inside and going on a jungle walk wearing dino masks. 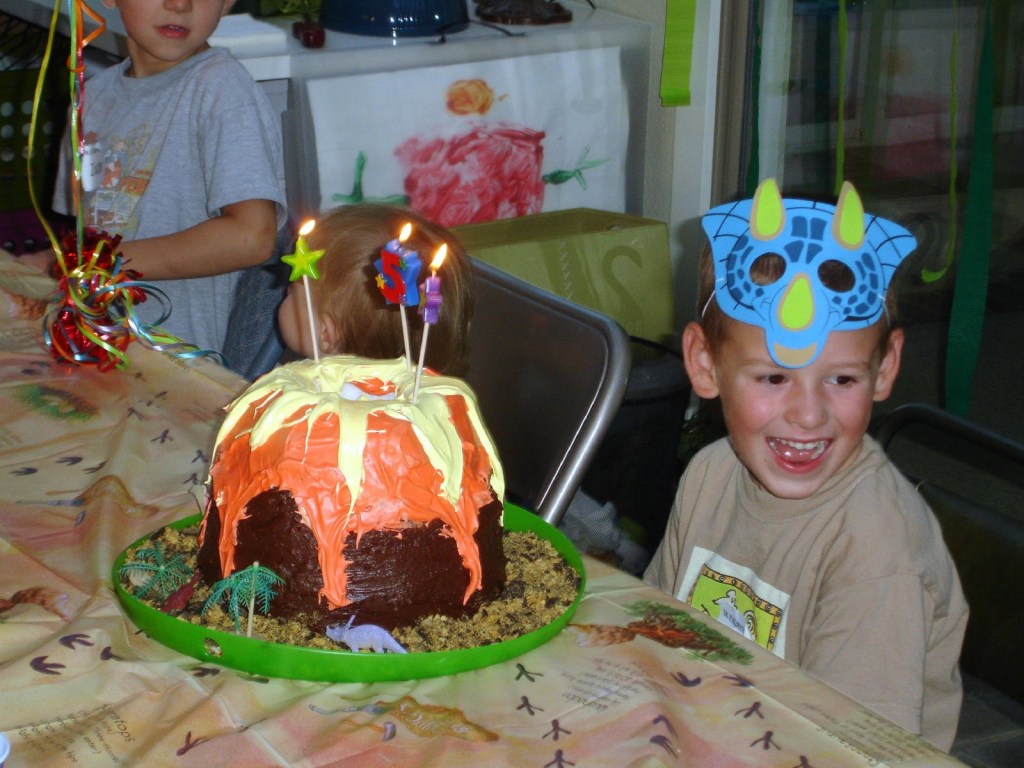 Parents and kids munched on deviled “dino” eggs, “Gravel Pit” pea salad, “Carnivore” hamburgers and  “Herbivore” veggies. The volcano cake made by mom was a hit, and by the time kids filed out, dino-themed goodie bags in hand, everyone had had a roaring good time.