The USPS Letters to Santa Program You Need to Know About

December of 2007 was the beginning of the Great Recession. It was also the beginning of our little family’s favorite time of year: the holiday season. With two little girls under the age of six and a small but reliable income to get by on, my husband and I were feeling the effects of a diminished pocketbook—as were most of the people we knew.

Christmas has always been our family’s favorite holiday. My husband and I each grew up in tiny Pacific Northwest towns, and we both come from families who always made Christmas magical regardless of circumstance. So every year when November rolled around, my husband and I transformed into the adults from our youth and spared no effort in making the snowy months storybook perfect.

This particular year, we lived in Central Oregon surrounded by the high desert wilderness. My husband, an avid outdoorsman, suggested that we save a few dollars by purchasing a Christmas tree permit for the Deschutes and Ochoco National Forests. He told me that for just five bucks we could trek out into the woods and find and cut down our own perfect holiday tree.

It was an easy decision to make. The woods were full of pretty trees after all, and for just five dollars we’d get a tree and give our children a next-level holiday experience.

Feeling optimistic, we purchased our permit and set the following Friday afternoon as the date for our adventure. 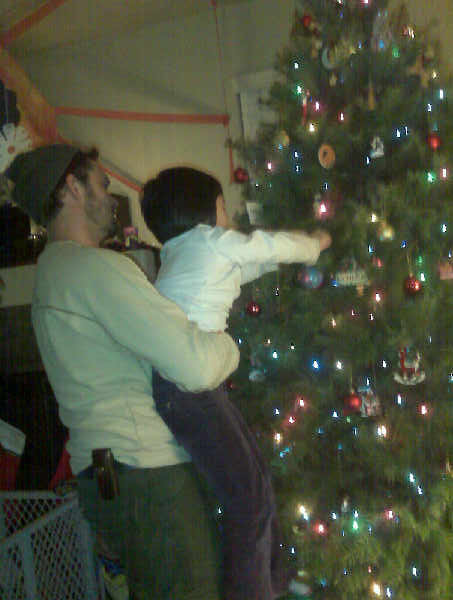 When Friday morning arrived, I pulled off my best imitation of the idyllic 1950s housewife. I baked cookies, packed blankets and treats, and filled thermoses with hot chocolate for the girls and coffee for their father and I. Around mid-afternoon, we all eagerly climbed into the SUV and headed towards the woods.

With our little crew singing along to Christmas tunes blaring from the radio, we made our way down icy streets. The girls were easily entertained with keeping an eye out for the perfect Christmas tree. After all, the trees you find at Christmas tree stands are typically some variety of fir spruce or pine. Identifying the “right” kind of tree in the wild takes some real concentration.

Every now and then, when we thought we had spotted “the one”, we would pull over only to find that either we had picked the wrong type of tree or, as we got closer to our target, realized it was way too big or too sparse with small limbs that exposed big chunks of the trunk. So we’d pile back into our vehicle and head deeper into the woods. 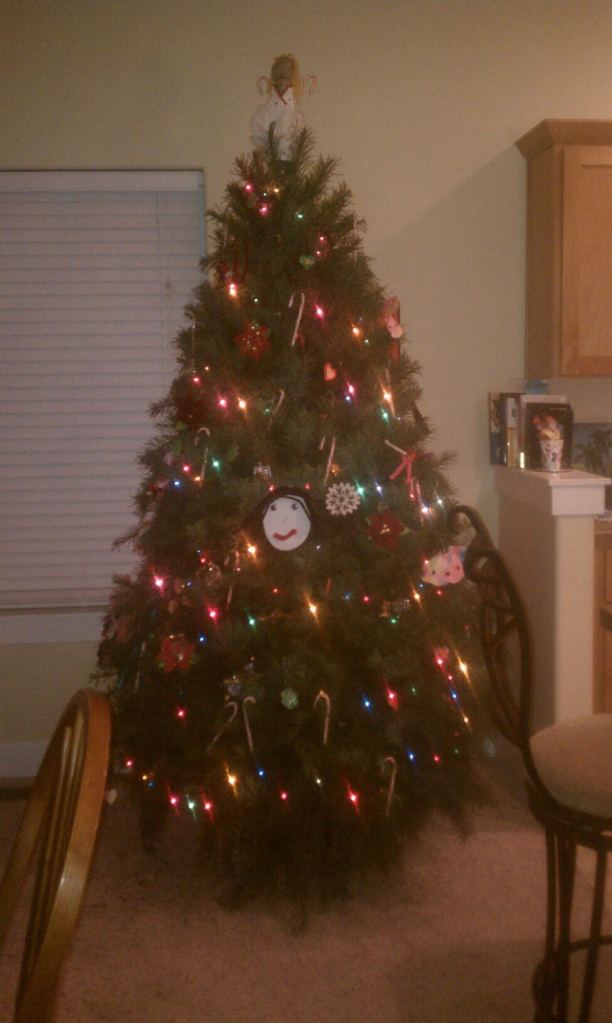 At higher elevations, the roads became more treacherous and our children were growing restless and bored with the hunt. Additionally, the sun was starting to set, making our search even more difficult. It turned out we hadn’t really planned our little adventure that well at all. This was a head-out-first-thing-in-the-morning kind of escapade because, “It might take all day.” Something small children never want to hear. As the shadows grew long obscuring the trees’ details, we began to realize the mistake we had made.

Now with dark approaching and two very unhappy little girls, my husband and I used flashlights to inspect the trees around us as we became increasingly desperate. That’s when it happened. There in the dark on the side of the forested road, our light revealed the most perfect Christmas tree we’d ever seen. Our children were all hopped up on chocolate and wailing from the vehicle, but we didn’t mind—we had found “the one.” Illuminated by my small flashlight, it looked majestic. 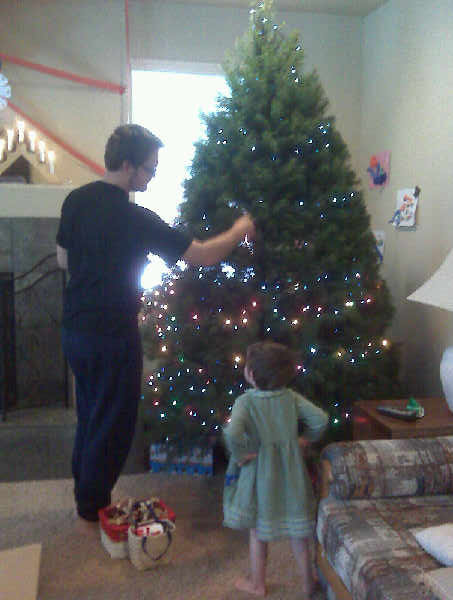 I held the flashlight while my husband chopped our tree down and strapped it to the roof of the vehicle. Then we were homeward bound.

Back at the house, I got the girls in their jammies and broke out boxes of lights and ornaments while my husband pulled the tree off the car and brought it in through the garage. Just before maneuvering it into the house, he stopped and hesitantly called for me to come outside.

The streaming lights from the garage now completely revealed the true state of our find. It was the most lopsided, scraggly lodgepole pine (a.k.a. twisted pine) I had ever seen. It wasn’t just ugly: it was hideous.

Exhausted from our strenuous outing, we considered bringing it in, putting A Charlie Brown Christmas on, and attempting to transform our tree just like Charlie and his friends had done. Instead, we snuck off to a nearby Christmas tree stand and bought a fir. It was a fine-looking thing—much nicer than all of the trees we inspected in the woods—and the kids never knew the difference. To this day, they still talk about how they found the best tree we ever had, and how their father cut it down with his own two hands.

I am a writer, editor and photographer from Portland, Oregon. My work appears in a variety of publications including Red Tricycle, Livability, Pennyhoarder and Domino. When I'm not in front of my computer, I'm exploring new cities and teaching women to find their voice through writing and yoga at wilderness retreats.