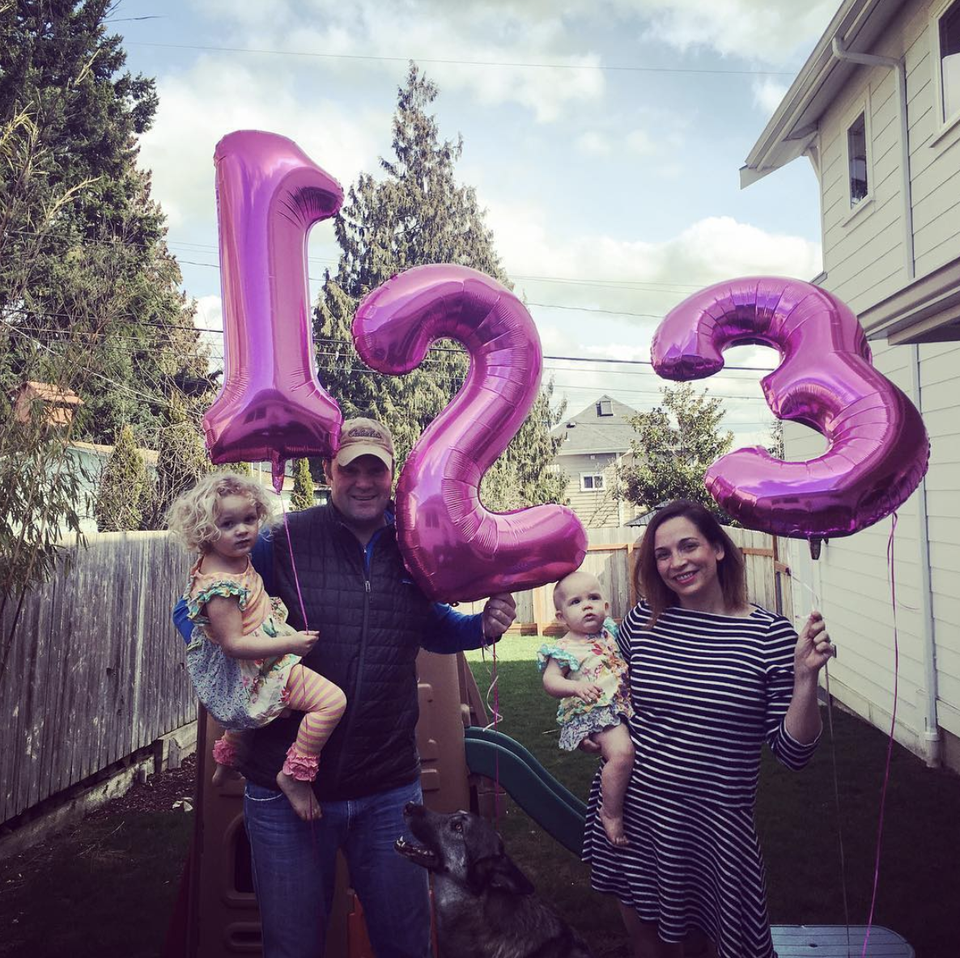 The New York Times, we need to talk.

I often read your column “My Workout” to learn tips on how other CEOs stay on top of their game. I’m always searching for advice from visionaries who are disrupting industries and making a difference, both in business and beyond. But as I read the latest column titled “How One Silicon Valley CEO Masters Work-Life Balance,” it became clear that the article was about so much more than Evernote CEO Chris O’Neill’s workout habits. This was something else.

The column begins, “It’s no surprise that Chris O’Neill . . . is pretty good with time management. Mr. O’Neill, 45, exercises regularly, sleeps seven hours a night, devotes Saturdays to his children and even gardens. Feel inadequate? Maybe you should stop reading.”

The article starts with a highlight of O’Neill’s workout routine and the details of the brands he loves, like the ultra-hip Allbirds shoes. Chris meditates early in the morning, waits for at least one of his two pre-teen children to awake before 6 am, and takes on the task of dropping off one child before heading to the country club to workout. We learn how Chris organizes his day into three neat and simple tasks. We also hear that he frequently misses dinner with the children, travels a lot, and attempts to keep Saturdays sacrosanct.

But what the article fails to address is a fundamental question that working parents everywhere must answer every day:  How does all this magic happen? Where are the children when you are at work (or the gym, or on the road, or sitting serenely in a meditative state on a pillow)?  As a working mom, this tension-filled question is at the center of every hour of every day. The New York Times doesn’t even mention it.  It’s almost like the paper wants us to suspend reality.

The center of the story revolved around what O’Neill does in his masterfully balanced life and makes no mention of the help of anyone else. A quick check on Google reveals that he has a wife. Given O’Neill’s many successes and demands, I imagine his wife (and imagination is what it takes given the lack of mention of her in the piece) is a big part of how he manages to “have it all.” (What, you’ve never heard that term used in the context of a man? We should hear it every day.)  I wish we could have read about how much O’Neill’s wife helps him in his pursuits and how grateful he is for her work. I wish this for so many partners who do so much in the shadows; making the success and the spotlight possible.

The Times asked if we, the readers, “feel inadequate” about O’Neill’s habits to manage work-life balance. Setting aside that the paper’s real question is whether we feel inadequate about O’Neill’s resources, this is a query that begs a hard look in the mirror. I am a former corporate litigator and a current startup founder with a one-year-old company that spans two states and employs over 40 people. Most days, I somehow manage to run a fast-growing company, parent three girls under the age of five and fit in a workout.  And I do it all without a personal shopper, which O’Neill had in his pre-San Francisco years (and dropped due to the super-casual nature of the Bay, of course). Admittedly, I stumble through the day, sometimes missing workouts and hardly ever meditating, wearing non-Allbird brand shoes (I guess I missed the memo) and eating the cast-aside crusts from my toddler’s toast for breakfast (does that count as the “intermittent fasting” O’Neill practices in order to stay trim?).

I am only able to juggle all of this with the help of an army. I think the idea of balance is bullsh*t, but if I’m going to talk about any sort of topic related to the idea of how we integrate work and life it will necessarily include a novella about the support system required as you raise a family and a business side-by-side.

Do you know how many people and how much technology it takes to replace one working mother? In my world, it takes four adults, a Roomba and infinite apps. My husband Carl is an executive with a large tech company but he somehow finds a way to be the default parent in times of illness or other daily disruption. Our teamwork in life and work is the only way any of this works for me. My mother retired from 35 years of teaching public school in Ohio only to have me ask her to uproot her life and move in with us in Seattle because my girls needed a third parent if I was going to take a run at my start-up. (I asked her to do this in the same breath that I told her I was pregnant with my third daughter in three years. Growing up, she told me I could do anything, and I really took it to heart. Thanks, Mom!) My father often flies out to join all of us in our cozy home although he still works at the age of 68. We have an incredible nanny who takes college courses and often helps overtime when meetings run long. My friend Liz often brings my oldest daughter home from preschool and I have so many other friends who pinch hit for me without hesitation. I rent my clothes. We order groceries on Instacart. We summon the Roomba every day. And Amazon saves my life on a regular basis when we run out of diapers, dog food, trash bags, or gummy bears.  (Yes, my kids eat sugar. Sue me.) Although I think I’m doing this all with some grace, I also worry that I’m not doing the right thing for my children or my marriage. I wonder if O’Neill ever feels this way. Don’t we all wonder how we’re doing it wrong?

I work hard to pay for help to run my home and my life. I also know that I stand in a place of great privilege because I started out pretty close to home base. My parents paid for my college tuition and I had a family friend willing to cosign my loan to attend law school. I am married and part of a two-income household. I am white and by default have had opportunity. Most people in America do not have these things; I am lucky. But I also face a very different future in work than men in America. Women make up 40 percent of primary breadwinners in America’s homes, and yet white women earn at most 78 cents to a man’s dollar, and women of color earn significantly less. Motherhood lessens our chances of climbing the ranks, as women with children are less likely to be promoted than women without children. And the reality is that our earning power decreases four percent for every child we bring into this world, while a man’s increases six percent for every child.

So, no, Times columnist, I don’t feel inadequate. I feel like a damn superhero. I feel like a working parent who is making it work. And I raise a toast to all the parents out there doing the same.

I am the founder and CEO of The Riveter, work and community spaces built by women for all. I left my career as a corporate litigator in 2017 while pregnant with my third daughter in three years. After I graduated from Emory University and NYU School of Law, I practiced corporate litigation for over a decade in New York City and Seattle. I also served on President Obama's National Finance Committee and previously worked with President Carter's The Carter Center. In 2017, I launched The Riveter while pregnant with my third daughter in three years. The startup's growth has outpaced even WeWork's first years, and we recently closed a $5 million Series Seed led by Madrona Venture Group. The Riveter is redefining the future of work by including women in the vision. I’ve spoken across the world on many stages, including Cannes Lions and the United State of Women. I was featured on Bloomberg Technology with Emily Chang and published in The Washington Post. The Riveter has been featured in Fast Company, Forbes, Bloomberg Technology, and more.