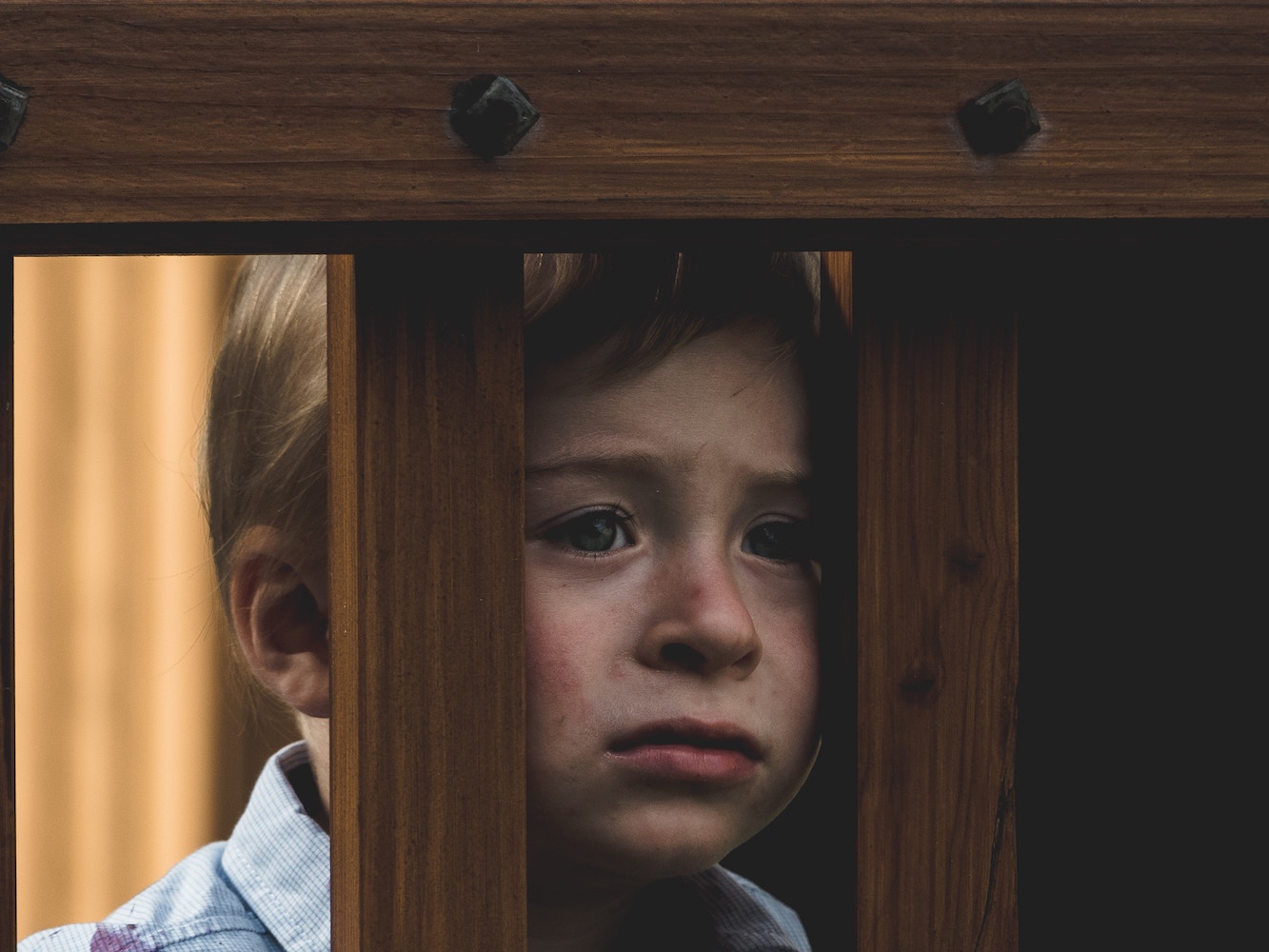 I heard a thud on the playground and turned to see a little boy, crying on the ground, cradling his knees. My instinct was to rush to check on him, but when I noticed his father was quickly heading towards him, I exhaled. His dad would take care of him.

What I witnessed next didn’t surprise me. It’s something that I’ve seen plenty of times in father-son interactions. The dad picked his son up and told him he was okay, that he needed to shake it off and be a tough guy. My heart sank as I watched the little boy, who couldn’t have been more than 5, try and fight back his tears and stuff his pain down deep—somewhere his dad wouldn’t be able to see it.. Or judge it.

I looked down at my own young son, who had taken his shoes off and was now barefoot in the sandbox.  I thought about how hard it would be to raise an emotionally intelligent boy in a world that will constantly tell him to “be a man.”

The scene on the playground I watched unfold is not unique.  A father that readily dismisses his sons need for him in order to “toughen him up” is not something out of the ordinary in our society.

Children often need comfort and to be told it is okay to cry, that it hurts when you fall down and sometimes you need a moment to recover. But all too often we send different messages to our sons along the lines of “Don’t admit that you feel pain. It makes you weak. Don’t cry. Ignore the feelings you’re having.”

A while after that incident I stumbled upon an article written by Kevin Love, an NBA basketball player. I began reading his piece and was instantly hooked. In his honest and refreshingly vulnerable article, Love shared his experience about having a panic attack in the middle of an NBA game.

He reflected on what it was like growing up and learning from a young age a playbook to be a man and be tough. Love explained that he thought talking about his struggles would be perceived as a weakness, especially as an athlete. Yet ignoring his emotions for 29 years became so painfully unhealthy that it manifested itself as a panic attack.

I read his words and immediately felt an outpouring of gratitude towards him. He had addressed an issue head-on in an incredibly noble way. I’d spent months thinking about this issue and as a mom, I was so thankful for the courage he possessed to not only share his raw experience to help anyone struggling with something similar but also for the impact his story could have on young boys.

Here he was, a successful athlete, sharing how he’d benefitted from talking to a therapist. His willingness to share openly about his mental health challenges could help open the door to rewrite the playbook on masculinity, not only for our sons but for all the men in our lives.

Love’s words validated what I had been feeling as a mom for some time. That when we tell our sons to be tough and be a man we’re doing them a grave disservice. Boys will be the boys we teach them to be. I want to encourage my son to be himself and understand he doesn’t have to strive towards some unattainable image of male toughness.

Kevin Love anticipated he’d be able to help many people by sharing his story, but the response to his piece has been overwhelming. Love wrote:

“Everybody is going through something. So I think whether it was talking to Kyle [Korver] about parenting his kids and how he has two young boys, or just talking to LeBron [James]. He shook my hand and said, ‘You helped a lot of people today.’ That’s what’s big. Just them even acknowledging that and retweeting that and just breathing more life into it is just huge.

“I mentioned it doesn’t discriminate, but in a lot of ways young men and young boys are pretty far behind. That was pretty apparent yesterday in talking to guys and talking to someone like Jose [Calderon], who sits next to me on the plane. There’s a lot of follow-ups to this. Overwhelming is a good word to use, and also I mean that in a positive way, a positive connotation. I’m just trying to read through all the emails, all the texts and respond to everybody in the right way. There’s a lot of work to be done, but I’m really glad this is out there and I’m really glad I can help.”

I wonder if Love realized what an impact he could have on parents raising boys. He is paving the way for parents to start talking to our sons about the importance of their mental health in a new light. Love has provided an opportunity for us to address this critical issue about the unhealthy playbook of masculinity. He has given me hope that what I witnessed on the playground doesn’t have to be the norm.

I can teach my son the rules of a new playbook that includes a chapter about mental health. I will never tell my son to be a man. I will tell him to be himself.

Meredith Mortensen is a Seattle based lifest‌yle and parenting writer. Her work has appeared in print and online magazines such as Cosmopolitan, Redbook and Good Housekeeping. Currently, she's hard at work on a children's book inspired by her daughter.