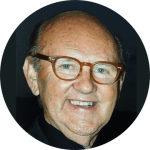 John Dougall has worked at senior executive and board level in a number of technology companies based in Melbourne, New York, Sydney, London and San Francisco. John has also been the Managing Director of four ASX-listed companies, successfully exporting Australian technology to China, India, The Philippines, Vietnam and Latin America. Additionally, John also served as President and CEO of an Australian company that ultimately listed on the NASDAQ, selling its software solutions to major retailers in the USA and Europe.

John has served as a Director to several Industry Associations, as past Chairman of the Australian Government’s CSIRO Information Technology Advisory Board, as well as advising Government on Industry Strategy and Trade. 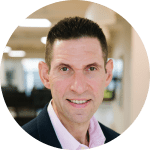 Eddie Geller has been an entrepreneur in the technology and internet sectors since 1994. He founded his first company in 1995 and then in 1999 was the founder/CEO of Unique World. He grew Unique World to a prosperous software and management consulting business with just under 100 staff, and then successfully exited to a large US company in 2011. Then in 2012, he met the co-founders of Tinybeans and fell in love with the problems they were solving. Since 2013, Eddie took on the CEO role, driving the Company strategy and growth ambitions globally. Eddie, who is originally from Sydney, Australia, now resides in New York with his wife and 4 boys, having moved in late 2014. 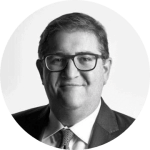 Andrew is an experienced corporate lawyer, company secretary and company director. With a particular focus on ASX listed companies, over the past two decades Andrew has been involved in dozens of transactions, including reverse takeovers, IPOs, mergers and acquisitions across a wide range of industry sectors, with an emphasis on technology, health & medical and mining companies. He has extensive legal and commercial experience with ASX listed companies and has steered dozens of them through listing, raising capital, mergers & acquisitions and disposals of business. Andrew is a trusted board member or advisor to many ASX listed companies and has worked with most mid-tier investment banks, funds and brokers. 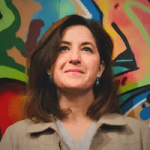 Andrea Cutright, based in San Francisco, is currently the VP, Global Subscriber Marketing and Insights for the newly launched Disney+ streaming service. She is responsible for all customer marketing touchpoints, developing strong relationships with subscribers, and overseeing market intelligence and insights.  She was co-founder and CEO of Foodily.com, acquired by IAC in 2015. Andrea started her career at Yahoo! in various marketing and product positions.  Andrea is passionate about understanding customer motivations and creating stand-out market strategies that drive growth. 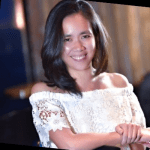 Kathy Mayor, based in Miami, is currently the Chief Commercial Officer at Nutrient and a non-executive director for Nasdaq listed company Phunware.  Two-time Chief Marketing Officer and one-time Chief Digital Officer at a Fortune 500, she has experiences across qualitative brand-building & storytelling, quantitative planning & performance marketing, and ever-innovating product management & marketing technology.  Kathy has previously been on the Pinterest Advisory Board as well as the ABS-CBN Digital Advisory Board.

Greg West is a Chartered Accountant and an experienced ASX Non-Executive director with a background in investment banking, financial services, the biotech and education sectors. Mr West is currently serves as a director of IDP Education (ASX: IEL), a top 100 ASX company, Fertoz Ltd (ASX: FTZ), Lakeba Group Ltd and The St James Foundation Ltd. He is also the Executive Chair of the Australian Universities investment company, Education Australia Ltd  and on the Council of the University of Wollongong. Previously, Greg was Chief Executive Officer of a dual listed (ASX and NASDAQ) biotech company. He has worked at Price Waterhouse and has held senior finance executive roles in investment banking with Bankers Trust, Deutsche Bank, NZI and other financial institutions. 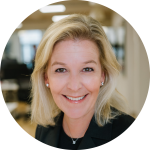 Nina focuses on building long term relationships with brand partners by creating opportunities that perform for them and leading teams who they can count on to bring them innovative ideas. Nina was mostly recently Chief Revenue Officer of Artsy, a website for art collectors, and has also held the positions of VP Publisher of W, and VP Global Marketing for the Wall Street Journal, among others. When Nina isn’t playing at Tinybeans, she is learning how to ski race with a bunch of kick-ass women every weekend in the winter, in her farm-size veggie, herb and flower garden with her husband in the summer, and everywhere her big tiny beans will allow them to be with her, always. 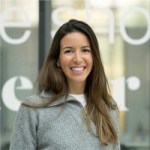 Teresa has spent 14 years working in the digital sector. She started her career at one of the largest fashion companies in Europe, MANGO. In 2013 she joined a startup, Stylight in Munich, Germany as one of the first employees where she helped the founders to scale the business into the leading affiliate platform for fashion and beauty in Europe. After establishing the North American office as President, Teresa helped the founders successfully exit. She continued as Chief Revenue Officer under the new ownership of the largest media company in Germany. Teresa is currently based out of Philadelphia, PA. Teresa was most recently Chief Revenue Officer at Sheertex, an apparel company specialized in tights and with the mission to replace all hosiery in the world with their resilient knit. Her favorite photos to post in her Tinybeans app are the ones sailing with her husband, skiing or visiting her family in Barcelona.

Parenting news, advice, and inspo… right in your inbox.