There’s no doubt that teachers are a big part of kids’ lives. During the school year they spend almost as many hours together as you do, learning and growing, so it’s easy to see how they can start to feel like family. For one kindergarten teacher her class was family enough to be part of her wedding day.

As ABC News reported, teacher Marielle Slagel Keller of IPS Butler Lab School in Indianapolis walked down the aisle recently accompanied by 20 kindergarten and first grade students. “They’re the kids that mean the most to me. They’re a part of who I am,” she told ABC news. 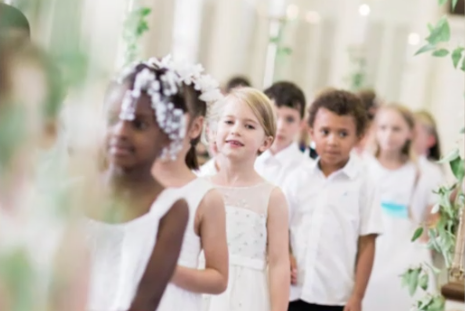 The kids, which included girls and boys, were all dressed in white and carried a long garland of leaves, connecting them together as they made their way down the aisle before the bride made her entrance. The kids were clearly excited to be part of such a special occasion, all smiles as they celebrated after with cupcakes and a big group hug for their wonderful teacher. 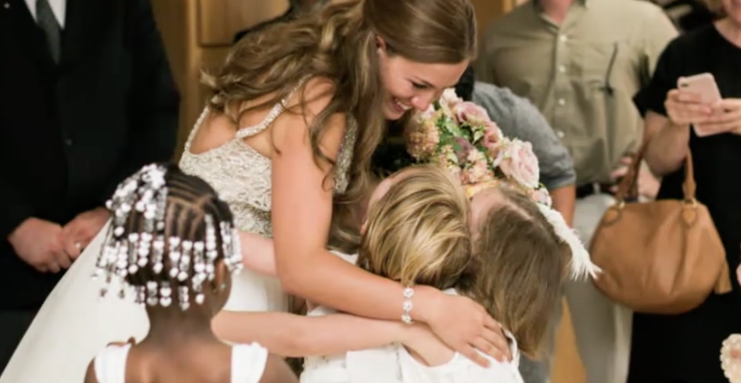 Some people avoid having kids at their weddings altogether, but this event had twenty and the day went off without a hitch, and was made even more magical for the bride. “To have those kids walk down the aisle for me was really special. There were a lot of tears,” she said.

Have your kids had a special bond with their teachers? Tell us in the comments below.