Make every month Black History Month by visiting one of these important spots: from museums of African-American history to historic sites that represent important Black people and events in our nation’s history, you can teach your children about Black history and culture while having a memorable family vacation.

Richmond is steeped in important Black history and here are just a few of the ways you can experience it with your kids.

Visit the home of Maggie Lena Walker, a newspaper editor, bank president and champion of civil rights for African Americans and women. Join a tour of her home and an exhibit hall, watch a short film about her life and walk in the footsteps of a great activist of the early 20th century. There’s also a Maggie L. Walker Memorial Plaza.

The Black History Museum & Cultural Center of Virginia celebrates the rich culture and history of African Americans people in Virginia and has permanent exhibits that explore Jim Crow, Reconstruction, Emancipation and more.

Discover even more at visitrichmondva.com

The museum depicts the history of Black people in the United States, beginning with slavery, through Jim Crow laws and segregation, to current issues of mass incarceration. The memorial, a quick walk away, honors 4,000 victims of lynching and racial violence. By filling in the gaps in the history that many Americans learn in school, the content presented may help families initiate discussions related to race and inequality in the United States

Jackson, Mississippi, is famously known for the renowned Civil Rights Museum, But Jackson is also home to many lesser-known Civil Rights sites you can visit and more than one iconic walking trail, making it a great place to experience Black History any time of the year. You’ll find the Mississippi Freedom Trail with ten important sites as well as the Mississippi Blues Trail which highlights the history and significance of the Blues in Jackson. There’s also a Civil Rights Driving Tour.

Additional spots not to miss include the Smith Robertson Museum and Cultural Center, the International Museum of Muslim Cultures, countless historic churches, and, of course, some of the best eateries in all of Mississippi.

Take your kids back to where this leader of the Civil Rights Movement was once a kid. At the Martin Luther King Jr. National Historic Park, you can visit his birth home, play where MLK played as a child and learn all about his early years in the movement. Get inspired to fight inequality in your neck of the woods.

You’d think the last thing you’d want to do to understand race in America is visit the grounds of a plantation that once used enslaved people to make its wealth. But after a recent visit to Belle Meade Plantation in the Nashville area, we can report first-hand that this historic property is at the forefront of talking with the public in a truthful way about the horrors of slavery while honoring the African-American history of the property.

The Journey to Jubilee tour follows the story of the African-Americans who were brought to the plantation in 1807, but who stayed on the plantation through the early 1900s. It shows their vital presence on the property, their story of enslavement to freedom and provides visitors with an understanding of the times from the African-American viewpoint. This tour is not recommended for kids under 12 due to the graphic reality of slavery, however, the general tour of Belle Meade also incorporates the story of the African-Americans who came as slaves but stayed on as hired workers after the abolishment of slavery. The property itself is very kid-friendly and an excellent respite from the bustle of the city.

Auburn is a charming town in the Finger Lakes region of New York State and has an incredibly rich history. Teach your children what it really means to stand up to tyranny by immersing them in the world of Harriet Tubman. The national park that bears her name is the perfect place to learn all about this incredible woman who emancipated herself from slavery at the age of just 27 and went on to help dozens of slaves find freedom. Before you go, the kids can become an Underground Railroad Junior Ranger to learn about the system of secret houses and waystations that helped slaves find freedom. Harriet Tubman National Historical Park includes her home, a visitor’s center, the Harriet Tubman Home for the Aged, and the church she raised funds to build. Her burial site is also nearby. The town of Auburn also boasts several other history museums and collections, a memorable public theater and year-round events and festivals.

Established in 1873, Deep Ellum is one of Dallas’ oldest cultural hubs and has deep ties to the Black community. Starting as a Black farming community, by the 1920s, according to Wikipedia, “the neighborhood had become a hotbed for early jazz and blues musicians, hosting the likes of Blind Lemon Jefferson, Robert Johnson, Huddie “Lead Belly” Ledbetter, and Bessie Smith in Deep Ellum clubs such as The Harlem and The Palace.” Now a popular spot for clubs, you can still sense the history here, especially through the street art, which can be found in murals that depict the rich culture and history of the area.

RELATED: The Best Places to Learn about Black History in Dallas

Smack dab on the corner where Civil Rights activist Rosa Parks boarded a public bus and where she was infamously arrested for refusing to give up her seat to a white passenger, this museum focuses on Parks’ story and its place in the Civil Rights Movement. The Museum includes a permanent exhibit, “The Cleveland Avenue Time Machine,” a replica city bus that uses fog, lighting, sound, hydraulics and a robot bus driver to guide visitors are on a series of “time jumps” from Jim Crow to “Separate But Equal.”

In Greensboro, NC, your kids can visit the site of the first Civil Rights sit-in and learned about the A&T Four—four young African-American students who sat at a “Whites Only” counter inside the Woolworth restaurant on Feb. 1, 1960 and refused to move. At the International Civil Rights Center & Museum, a guided tour helps your family learn and relearn important facts about America’s history before, during and after the Civil Rights Movement. The Greensboro Cultural Arts Center houses the African America Atelier where you will find moving exhibits that the whole family will enjoy. And you’ll want to visit the Guilford College Underground Railroad trail, which simulates how fugitives seeking freedom navigated in the woods on the Guilford College community with assistance from free and enslaved African-Americans and European-American Allies.

Celebrating the universal connection of all people through their association with Africa, this must-visit museum showcases exhibitions aimed at representing work that may be under-represented in other U.S. museums. For example, as soon as you walk in, you’re greeted by a three-story mural comprised of 2,100 photographs submitted by people of the Diaspora.

RELATED: 9 Places to Experience Black History in the Bay Area

The stunning building, inspired by Yoruba art and filigree ironwork, is filled with presentations and artifacts that give visitors a glimpse at all aspects—the good and the gut-wrenching—of the African American experience. It’s a must-visit for the entire family. See our in-depth guide here.

RELATED: 9 Places to Learn About Black History In & Near the DMV

You’ll want to make note of this museum that’s dedicated to educating, preserving and celebrating more than 50 music genres and styles that were created or inspired by African Americans. The 56,000 square foot museum can be found in the heart of Nashville, and includes artifacts, objects, memorabilia, clothing and state-of-the-art technology to showcase different narratives and genres. Learn more at nmaam.org

Established in a one-room office in 1990, the Negro Leagues Baseball Museum is dedicated to preserving and celebrating the rich history of African-American baseball and its profound impact on the social advancement of America. Now you can visit the museum’s 10,000 sq. ft. home to learn how “Jim Crow” laws forced Black baseball players to form their own teams, “barnstorming” around the country to play anyone who would challenge them.

In 1920, an organized league structure was formed under the guidance of Andrew “Rube” Foster—a former player, manager, and owner for the Chicago American Giants. In a meeting held at the Paseo YMCA in Kansas City, Mo., Foster and a few other Midwestern team owners joined to form the Negro National League. Soon, rival leagues formed in Eastern and Southern states, bringing the thrills and innovative play of black baseball to major urban centers and rural country sides in the U.S., Canada, and Latin America. The Leagues maintained a high level of professional skill and became centerpieces for economic development in many black communities.

RELATED STORIES:
16 Trips That Will Make Your Kids Smarter
Parent’s Guide to the National Museum of African American History and Culture
14 African-American History Books to Read with Your Kids
12 Fantastic Books That Celebrate Native American Culture
10 Books to Help Kids Understand the Immigrant Experience
21 Places to Visit to Understand Race in America 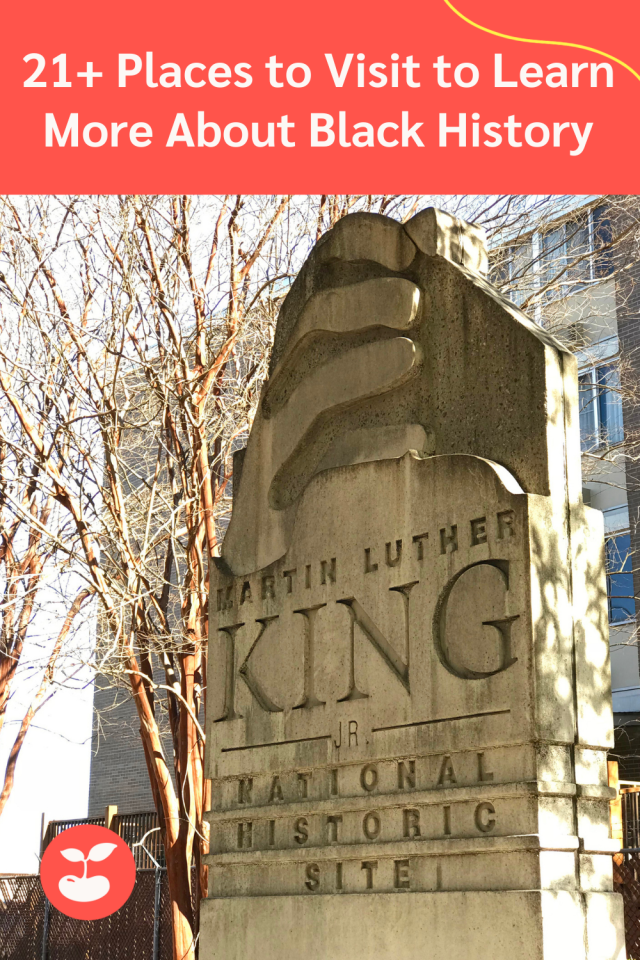