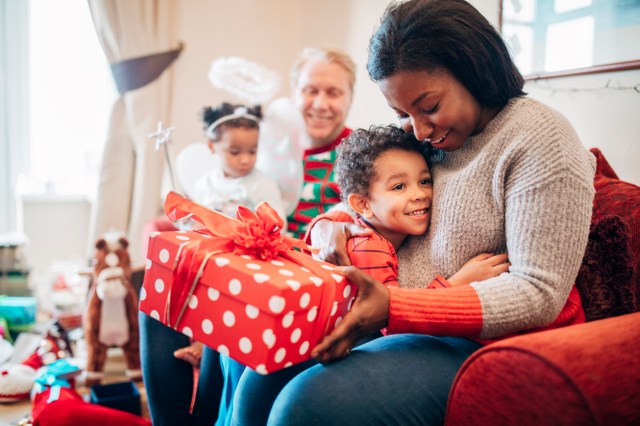 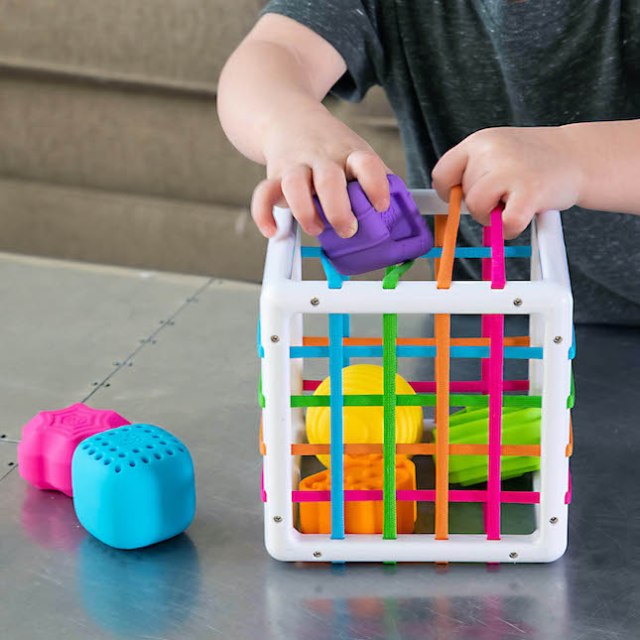 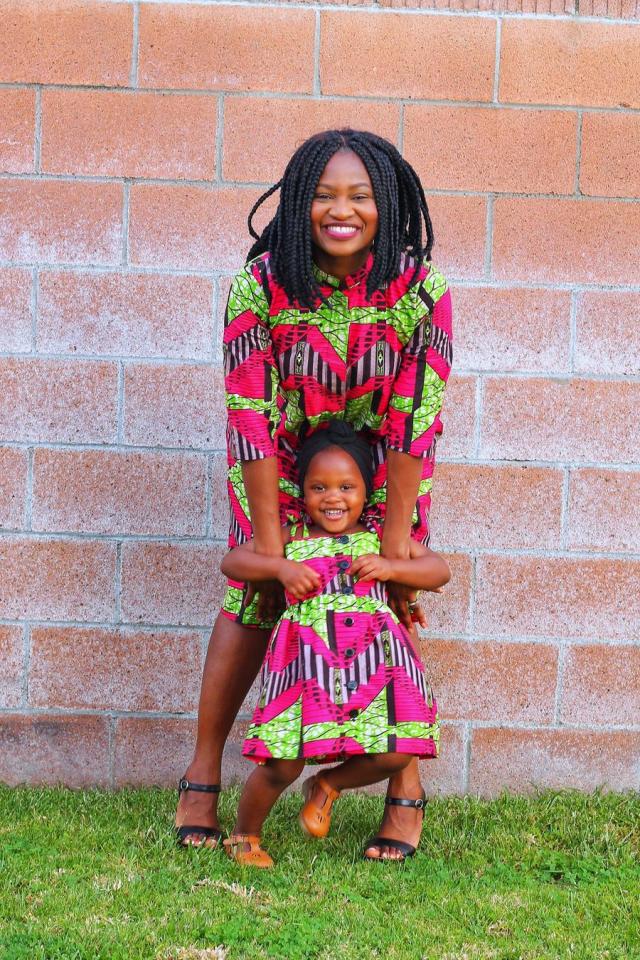 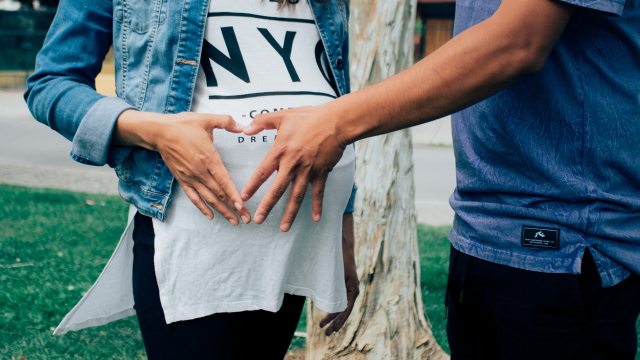 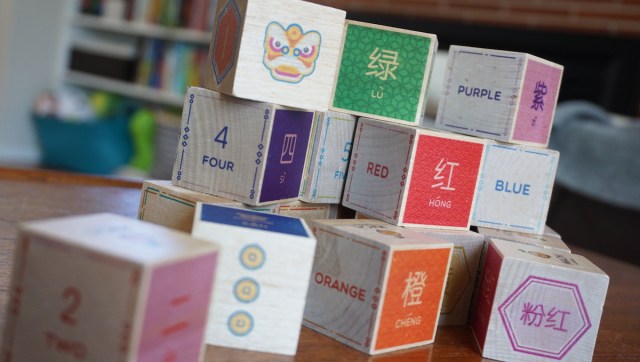 Bay Area families know how lucky we have it—we’re surrounded by interesting people, beautiful nature and vibrant cities! What better way to introduce young readers to all these wonders than by reading stories set in the Bay. Support a local, independent bookstore and order these books today! 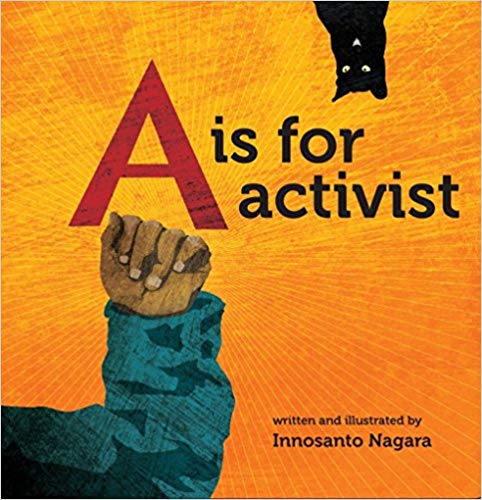 A is for Activist

Get your littles off to the right start in this inspiring, gorgeously illustrated picture book around themes of feminism, environmentalism, workers’ rights, healthy food and LGBTQ rights. 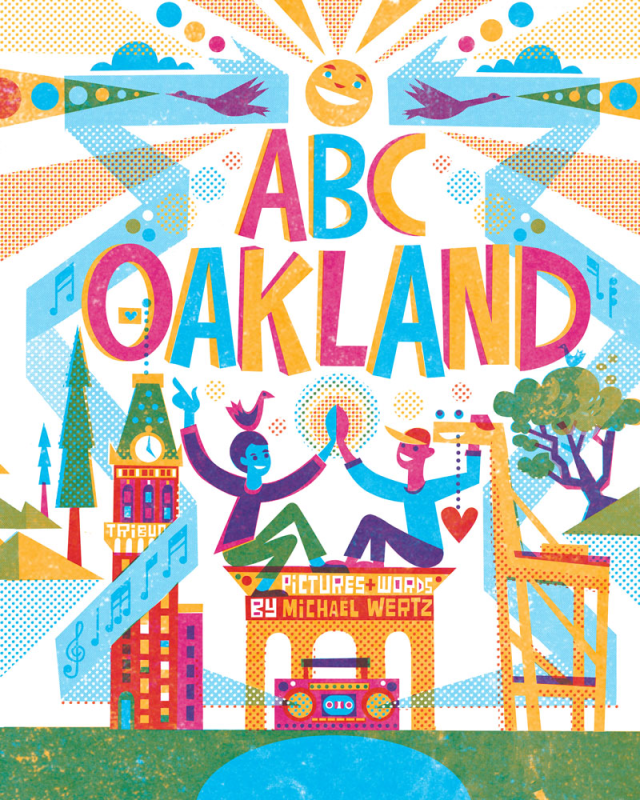 A is for Aviary, a home for the birds; B is for Broadway, from College to Third. C is for Cranes standing tall in the sky; D is for Dogs, wagging tails, saying “hi!” This enchanting picture book highlights landmarks and themes that exemplify Oakland’s unique culture, from the myriad food trucks on International Boulevard to the giant redwoods that stretch up to the sky. 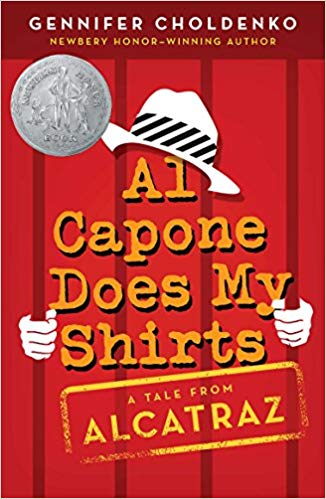 Al Capone Does My Shirts

Set in 1935 when families lived on Alcatraz Island, this novel follows Moose Flannagan, who moves with his family to Alcatraz so his dad can work as a prison guard and his autistic sister, Natalie, can attend a special school. All the historical references makes the perfect prequel before an in-person visit to Alcatraz, and the theme of finding your place among your family makes this a timely tale. 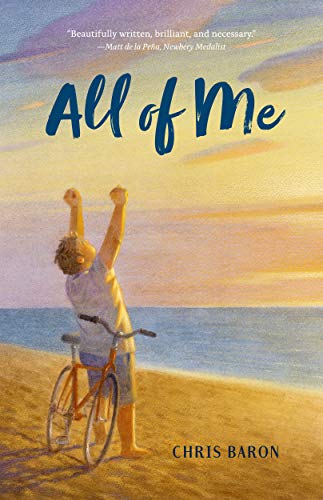 A move across the country sets Ari on a transformative journey as he navigates the demise of his parents’ marriage and his own self-perception while dealing with fat-shaming. The story, told as a novel-in-verse, is set in Mill Valley and is a beautiful, body-positive, necessary book about accepting the imperfect in oneself and in life. 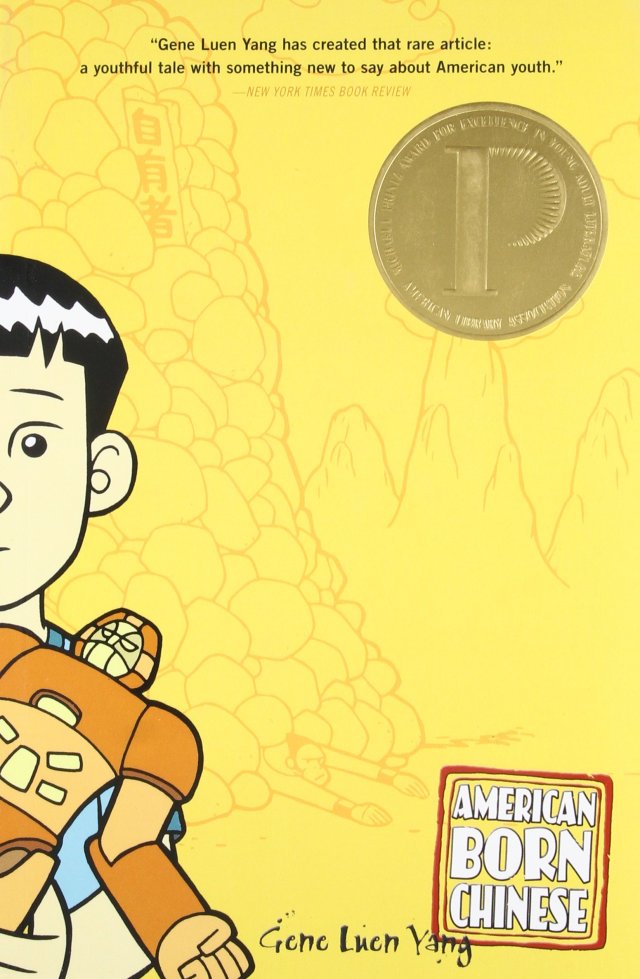 Three seemingly unrelated tales come together in an unexpected twist in this funny and poignant graphic novel that explores the immigrant experience, life as a Chinese American, and community. 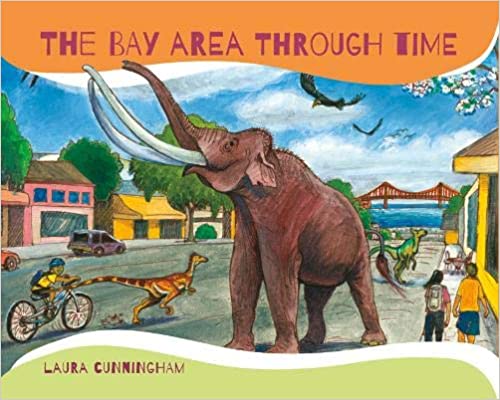 The Bay Area Through Time

Each page of this colorful, fascinating picture book takes readers further back in time, starting with European explorers and working its way back through when Columbian mammoths and saber-toothed pounced and roamed, eventually reaching 400 million years ago, when San Francisco Bay was a watery realm dominated by bizarre invertebrates. 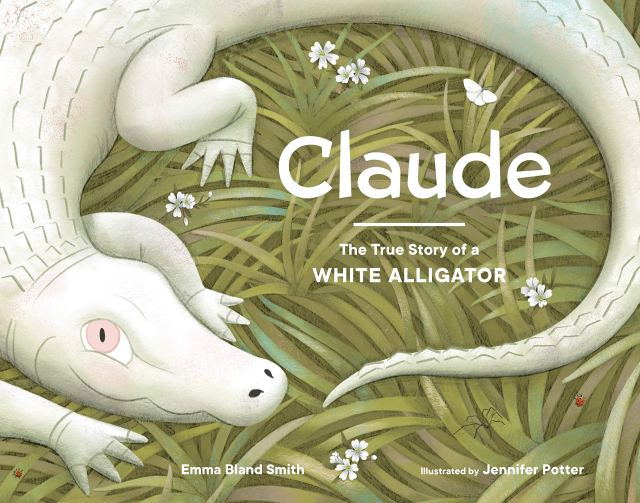 Claude: The True Story of a White Alligator

Meet San Francisco’s resident celebrity alligator, Claude, whose story started almost 25 years ago in Louisiana when he hatched out of his egg looking very different than the other hatchlings—they were green and he was white. Claude now makes his home in the California Academy of Sciences and has millions of visitors every year, who learn that his differences are exactly what makes him special. 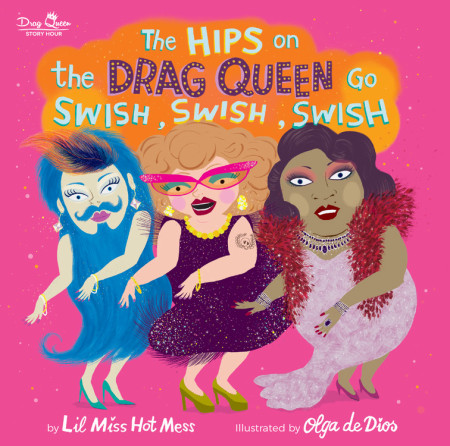 Fans of Drag Queen Story Hours around the country will love this book from Lil' Miss Hot Mess, one of the first Queens to host DQSH. Bright, playful illustrations by Olga de Dios add the perfect touch to this update on the classic "wheels on the bus" song that aims to teach little kids everywhere...there's nothing wrong with a little swish in your step. 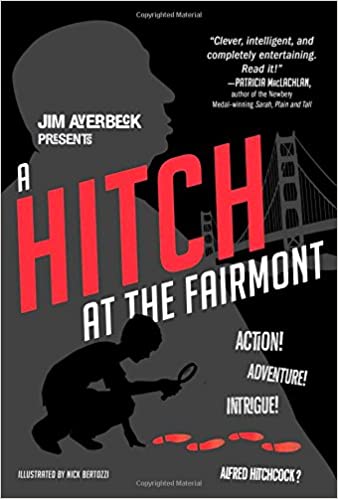 A Hitch at the Fairmont

A mysterious death, a wicked aunt, and a swanky San Francisco Fairmont Hotel combine for a fun Bay Area book that follows a boy who teams up with Alfred Hitchcock to uncover the mystery behind his aunt’s disappearance—starting with a chocolate ransom note. 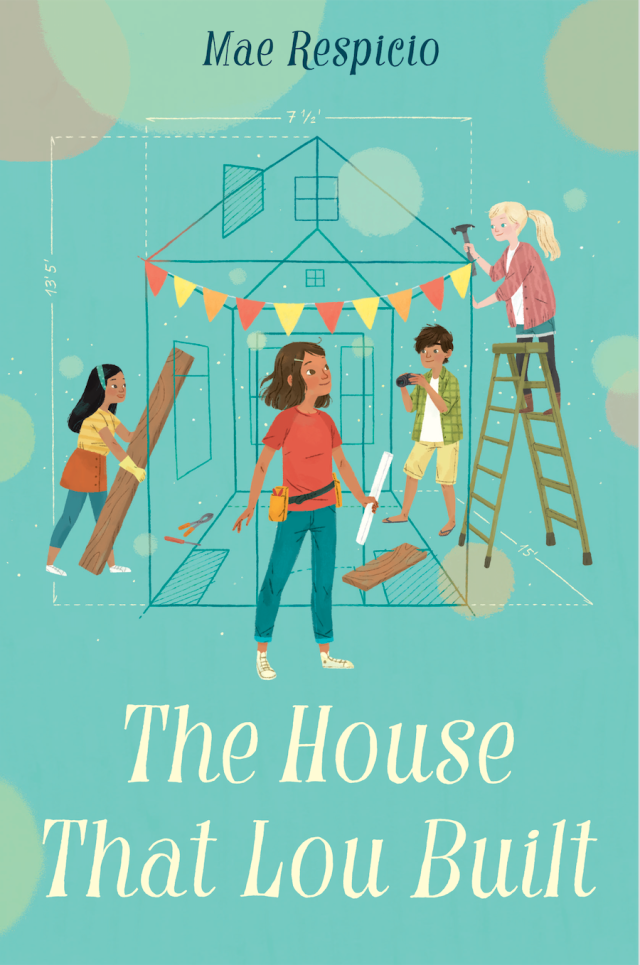 The House That Lou Built

Lou has a big dream: to build a tiny house. She shares a room with her mom in her grandmother’s house in San Francisco and longs for a place of her own, where she can escape her crazy but lovable extended Filipino family. It’s not so easy to build one, but she won’t give up on her dreams—her friends and family won’t either. This beautiful coming-of-age story is set around the Bay and explores culture and family, forgiveness and friendship, and what makes a true home. 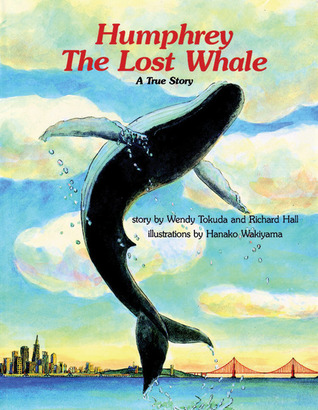 by Wendy Tokuda and Richard Hall
Illustrated by Hanako Wakiyama

Parents who grew up in the Bay Area eighties will remember the story of Humphrey, the forty-five-foot long, forty-ton humpback whale who wandered into San Francisco Bay and for twenty-six days struggled to find his way back to the ocean. This true tale with realistic illustrations has been a decades-long beloved book for young readers. 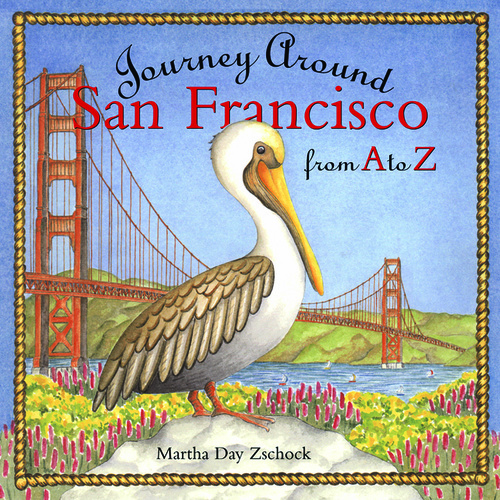 Journey Around San Francisco from A to Z

Journey Around San Francisco from A to Z takes readers on a beautifully illustrated tour of the City by the Bay.  Hop aboard a cable car and zip up and down steep hills with a friendly pelican as your guide.  Visit Alcatraz, Fisherman’s Wharf, Muir Woods, and the San Francisco Zoo. 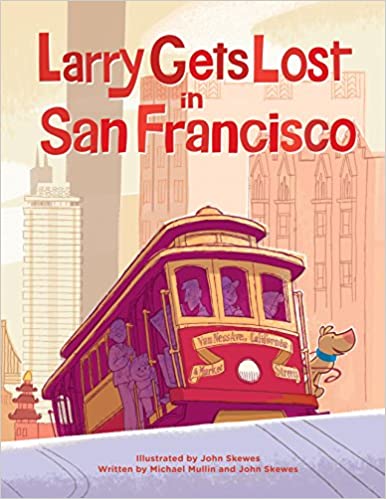 Larry Gets Lost in San Francisco

When Larry chases down a donut and accidentally loses his owners, his San Francisco escapades begin. In his quest to reunite with his owners, Larry takes us past all the city’s landmarks and we discover all the places he visits: Golden Gate Bridge, Alcatraz, Coit Tower, Ghirardelli Square, Fisherman's Wharf, and Chinatown, to name a few. Fun facts are sprinkled throughout the book amid cool, retro illustrations. 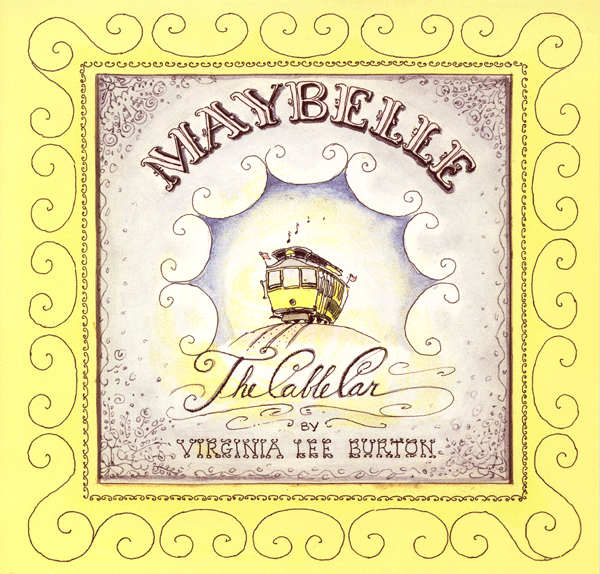 By recounting actual events in San Francisco's effort to keep the city's cable cars running, this classic story illustrates how the voice of the people can be heard in the true spirit of democracy. 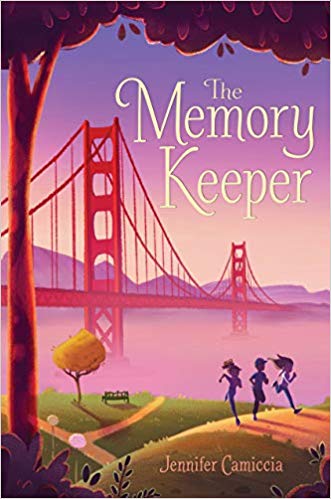 Twelve-year-old Lulu Rose has Highly Superior Autobiographical Memory (HSAM), a rare condition where she has the ability to remember almost every moment in her life. Lulu hides this from everyone except for Gram, her grandmother who’s own memory is declining from dementia. Lulu ends up uncovering family secrets and discovering the truth about Gram’s past in this heartfelt tale of hope and family set in Marin, CA. 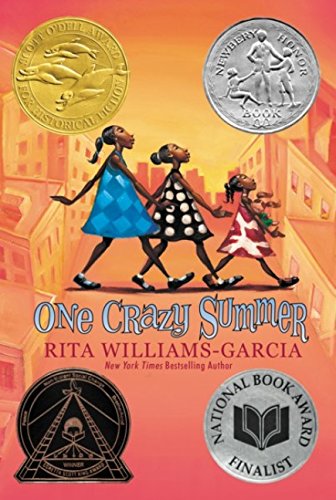 This Newbery Honor-winning classic takes place in 1968 and tells the story of three sisters who travel to Oakland to meet the mother who abandoned them—and who turns out nothing like they imagined. The sisters end up in a day camp run by the Black Panthers and learn about their family, their country, and themselves during one crazy summer. 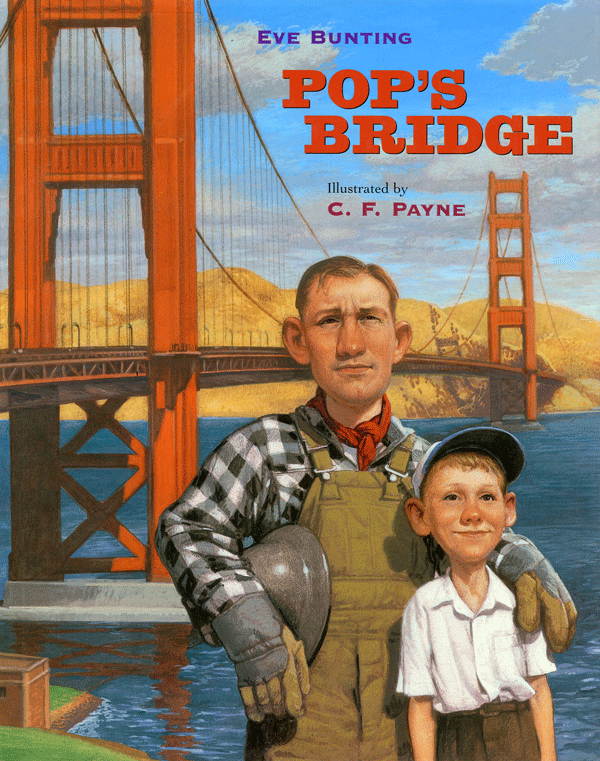 The Golden Gate Bridge. The impossible bridge, some call it. They say it can't be built. But Robert's father is building it. He's a skywalker--a brave, high-climbing ironworker. Robert is convinced his pop has the most important job on the crew . . . until a frightening event makes him see that it takes an entire team to accomplish the impossible. 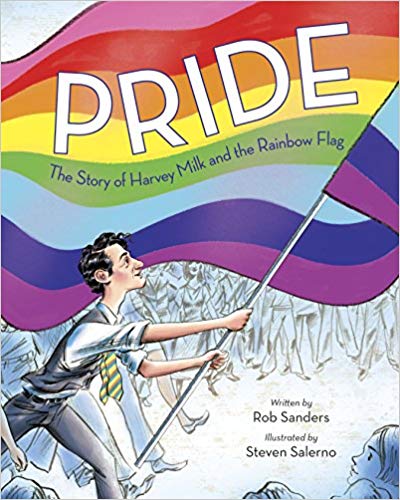 Pride: The Story of Harvey Milk and the Rainbow Flag

Readers celebrate the 40th anniversary of the Rainbow Pride Flag in this bright, inspiring book that recounts the story of the flag’s beginnings in 1978 with social activist Harvey Milk, and shares how the flag has spanned the globe and what it means to our world today. 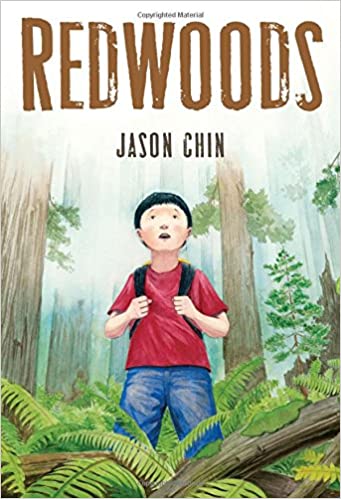 When a young boy discovers a book about redwood forests, an ordinary subway trip is transformed. He finds himself transported all the way to California, climbing into a redwood canopy to begin his adventures. 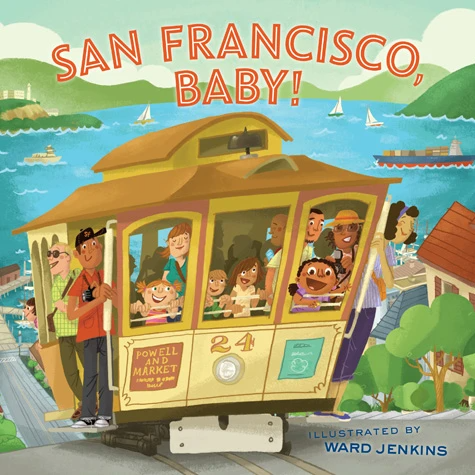 Two babies go on two big-city adventures, and there are so many exciting sights to see! In San Francisco, Baby!, the Golden Gate Bridge, Fisherman’s Wharf, and Alcatraz are some of the main attractions. Rhyming text and charming illustrations make these picture books perfect for babies—and parents—who are always on the go, or who have big-city dreams! 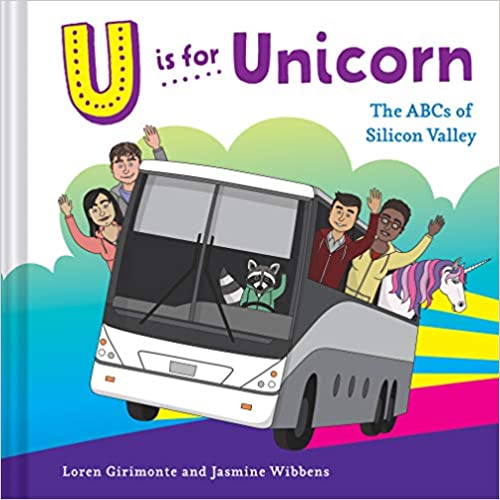 U is for Unicorn: The ABCs of Silicon Valley

In the spirit of the Silicon Valley, this clever and funny alphabet book follows a team of tech professionals—and one hoodie wearing raccoon—from Angel Investor all the way to Zero-Emissions Vehicle, one letter at a time.